Home » Business » Texas blackouts explained: Arctic weather shut down power plants as demand for heat surged, and the state's grid is on its own

Texas blackouts explained: Arctic weather shut down power plants as demand for heat surged, and the state's grid is on its own

Almost half a million Texans are still without power Thursday as arctic weather continues to pummel the state. The blackout, which affected a few million residents at its peak, is among the largest in US history.

“We know millions of people are suffering,” Bill Magness, the president of Texas’ electric-grid manager, ERCOT, said in a statement Wednesday. “We have no other priority than getting them electricity.”

ERCOT said it made “significant progress” Wednesday night, but outages are expected to continue through the week. About 490,000 customers are without power as of Thursday morning, according to an outage tracking site.

Misinformation spread online on Tuesday as some conservative groups and lawmakers falsely blamed the blackouts on frozen wind turbines that quit generating power. In reality, thermal energy sources that went offline, such as natural-gas plants, contributed more to the problem.

But the drop in the energy supply is just part of the reason so many people in Texas lost power this week. Here’s what you need to know. 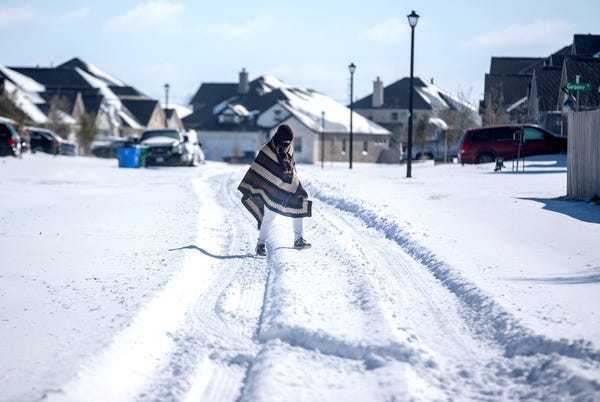 The simple reason that millions lost power: A gap between supply and demand

A major winter storm that hit Texas over the long weekend caused two important things to happen: Sources of electricity, like natural-gas plants, went offline, and demand for the energy they produce went up as people across the state turned on heaters to stay warm.

That caused a massive shortfall in energy.

The organization that manages most of Texas’ grid, known as ERCOT, or the Electric Reliability Council of Texas, responded by cutting power to millions of homes in chunks, to limit the time any one household was dark. These so-called rolling blackouts are similar to what happened in California last year, also during extreme weather.

On Thursday morning, 40 gigawatts of electricity were offline in ERCOT’s territory, down from 46 gigawatts Wednesday. This is one of the largest shortfalls in energy supply in modern US history, Patrick Milligan, a manager and power expert at the consulting firm ICF, told Insider.

Most of the supply that went offline was coal and natural gas, not wind

About 60% of the energy sources offline in Texas on Wednesday and Thursday were thermal — that is, power plants that run on coal, natural gas, or nuclear energy — while the rest was from solar and wind farms, ERCOT said.

Cold weather is the obvious culprit: All different kinds of power plants in Texas, not just wind turbines, have trouble operating in arctic weather as their instruments freeze. In fact, earlier this week, wind farms were overperforming forecasts, said Rebecca Miller, a research manager at Wood Mackenzie who tracks output across the state.

It can be more difficult to pump natural gas out of the ground or transport it to power plants in freezing conditions. What’s more, utilities have prioritized sending natural gas to homes for heating instead of to power plants, Miller said. 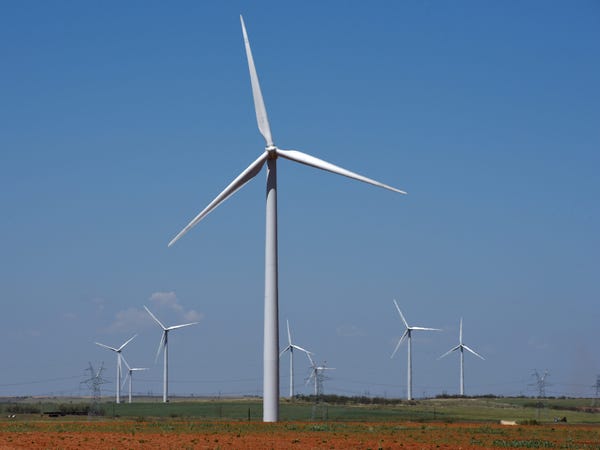 There are less obvious drivers behind the Texas blackouts

The US is made up of three major electric grids, and one of them overlaps almost entirely with Texas.

In other words, Texas essentially has its own grid.

That can exacerbate a situation like this by making it harder for Texas to draw power from other regions that aren’t under the same weather-related stress, said Emily Grubert, an assistant professor of environmental engineering at Georgia Tech who studies large infrastructure.

“The entire grid of Texas is subjected to this emergency condition at once,” Grubert said. “That’s a lot of pressure to be putting on a grid that doesn’t have access to other areas that aren’t under those conditions.”

But other issues were at play, such as a lack of preparedness — on the sides of both supply and demand.

Take wind turbines: They have no problem operating in much colder states than Texas. Minnesota and Iowa, for example, have large wind farms, but they don’t suffer blackouts when temperatures plunge to single digits.

Like natural-gas and coal-fired power plants, wind turbines can be weatherized to withstand tough winter conditions. But weatherization costs money, and turbines in Texas generally aren’t equipped for cold weather.

“Why would you have a snowplow in Austin? That kind of same thinking applies to the power plants,” Grubert said.

It didn’t have to get this bad

This isn’t the first time Texas has been hit by an arctic burst. In 2011, around the Super Bowl, cold weather swept through the state, plunging millions of people into darkness.

That’s left many people wondering: Why didn’t energy producers and regulators do more to prepare for this cold spell?

That summer, a federal report recommended things like weatherization to prevent supply from going offline in the future, the Houston Chronicle reported.

But a lot of that advice wasn’t followed, Milligan said, partly because it wasn’t enforceable and there was no mechanism in place to pay for it. Weatherization is expensive, he said.

Plus, Texas’ energy market is deregulated, and suppliers there try to produce energy as cheaply as possible, Milligan added.

“The generators are not really incentivized to undertake these kinds of [weatherization] investments,” Milligan said.

It would have been hard to completely prevent these blackouts, experts told Insider; this kind of weather really is unusual for Texas. But they said the effects would not have been so devastating if companies had done more to prepare. 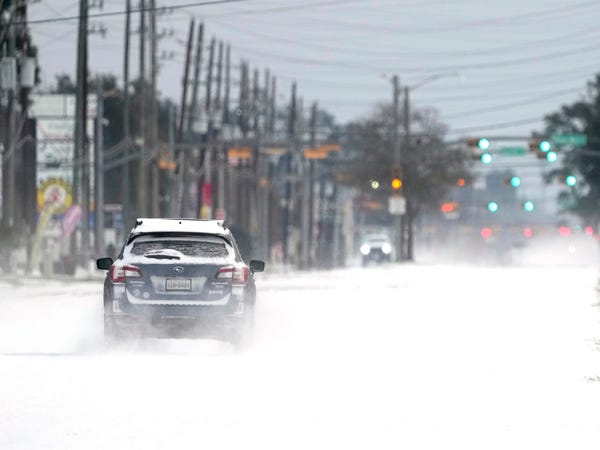 The irony of blaming wind turbines for the power outages in Texas is that extreme weather events are made worse by climate change, which is fueled by burning coal and natural gas. In theory, wind and solar farms offset emissions spewed into the atmosphere, lessening the impact of climate change.

“Can you expect more extremes? Yes,” Grubert said. “In terms of what that means for the grid, that’s a question that we as a society will have to grapple with.”

It’s important not only to prevent outages outright but to ensure that we have ways to keep people safe when the grid goes down, she said.

“Even if the energy system had stayed up, there would have been a lot of people in trouble during this event,” she said, such as those who may not have access to heat.

The importance of managing demand, such as through measures that make buildings more energy-efficient, also can’t be overstated, she said. 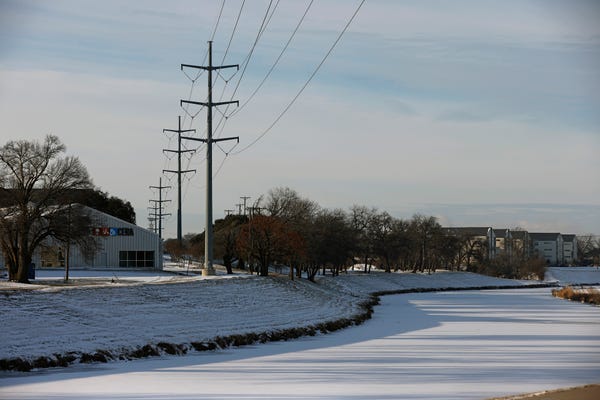 When power will be restored and what happens next

The outages are likely to continue through the week as a second winter storm brings freezing rain and sleet to the state.

“We are anticipating another cold front this evening which could increase the demand,” Dan Woodfin, the senior director of system operations at ERCOT, said in a statement on Wednesday morning. “The ability to restore more power is contingent on more generation coming back online.”

Gov. Greg Abbott has called the blackout event “unacceptable” and said he would add the reform of ERCOT as an emergency item for the 2021 legislative session.

“The Electric Reliability Council of Texas has been anything but reliable over the past 48 hours,” Abbott said.

The Federal Energy Regulatory Commission has also launched a task force to investigate the outages in Texas and elsewhere in the US. 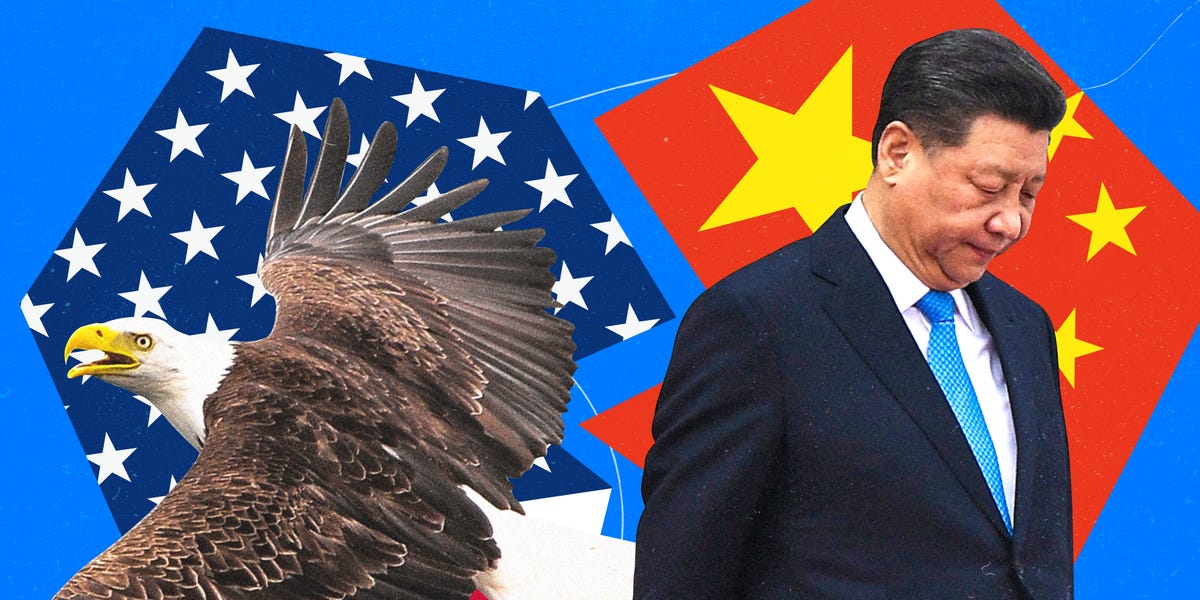 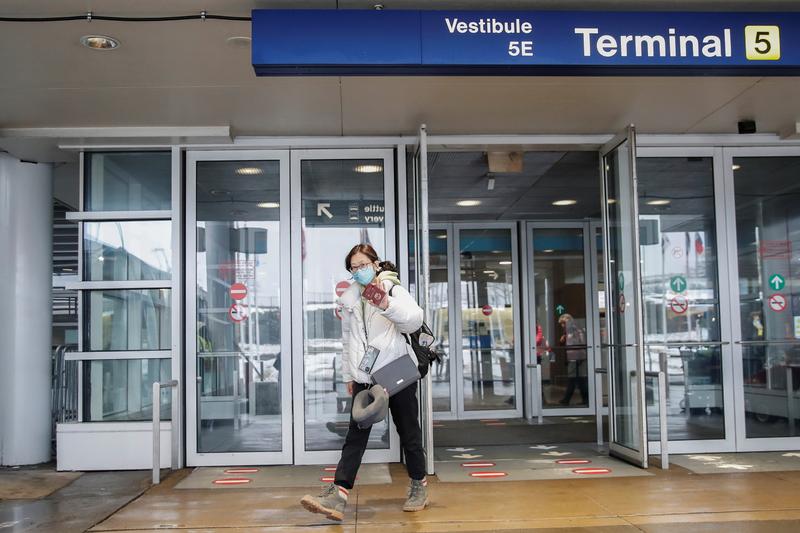