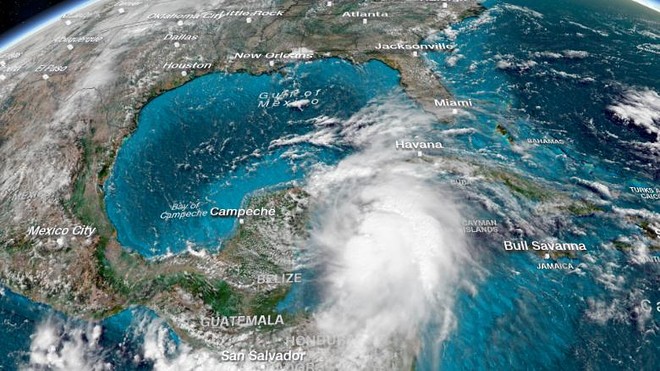 A tropical storm formed Sunday near the Gulf of Mexico and is forecast to strengthen to a hurricane that could threaten the U.S. Gulf Coast by midweek, the National Hurricane Center said.

Tropical Storm Michael was recently near Mexico’s Yucatán Peninsula. The hurricane center’s current forecast track shows the storm is expected to strengthen further and could hit the Florida Panhandle as a Category I hurricane on Wednesday.

Florida Gov. Rick Scott on Sunday said he would declare a state of emergency for counties in the Panhandle and the state’s Big Bend coastal region.

“We need folks on the Gulf Coast and the interior of the Gulf Coast to keep an eye on this thing,” said Dennis Feltgen, a hurricane center spokesman.

The first rule of Microsoft Excel — Don’t tell anyone you’re good at it.

Tropical Storm Florence creeps closer to US, will head toward East Coast as major hurricane