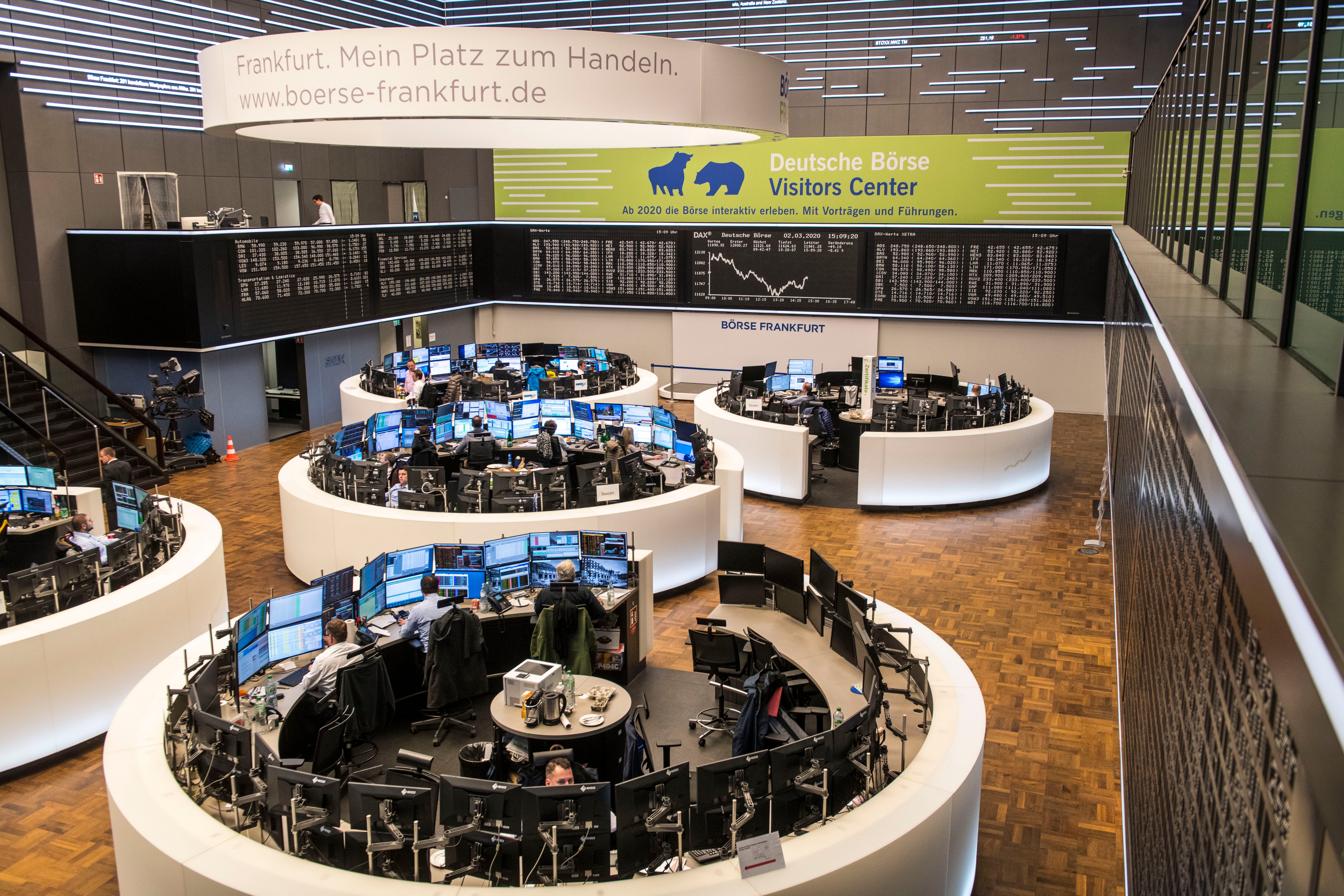 European shares edged up on Tuesday, defying pressure from a surge in coronavirus cases across the region, while a deadline later in the day for US lawmakers to vote on another round of economic stimulus made investors wary of betting too heavily in one direction or another.

The third-quarter earnings season picks up in earnest this week. Swiss investment bank UBS on Tuesday reported a 99% increase in net profit between July and September, driven by a surge in both its trading and wealth management businesses.

In Washington DC, Republicans and Democrats remain at odds over the details of another round of measures to help bolster the economy and the chances that the two sides will pass a bill before the November 3 election appear to be dwindling.

House Speaker Nancy Pelosi set a deadline for Tuesday to pass a $2.2-trillion Democrat-backed bill. She and Treasury Secretary Steven Mnuchin held multiple talks over the weekend on a deal, but the two sides remain far apart, which stripped over 1.5% off the three major indices.

“All in all, a fresh stimulus bill before the elections remains far from certain and we suspect there is not much of it currently being priced in by the markets, which should keep the downside for risk assets relatively limited if prospects of a bipartisan-deal eventually collapse. This should be the main driver for global markets today,” ING strategist Chris Turner said.

Read More: These are the 10 most crowded trades among global money managers, UBS says. The biggest underweight stocks might surprise you

The Stoxx 600 traded almost unchanged on the day, as gains in retail and health care stocks were offset by losses in natural resources and oil and gas stocks. UBS was one of the top gainers among the banking sector, rising by 2.3%.

The FTSE 100 gained 0.2% on the day, lifted by the likes of supermarket chain Tesco and clothing retailer Next, while Paris’ CAC 40 rose 04% and Frankfurt’s DAX slipped 0.3%.

The VDAX-New, an index of options volatility on the DAX, rose nearly 2.5%, reflecting growing investor nervousness.

Cases of coronavirus are surging in many large European countries. In the UK, the Welsh national government instituted a two-week “circuit-breaker” lockdown across the country, while in Ireland, the government said it would close much of the economy and impose tough restrictions on movement to stem the spread of the disease.

With risk aversion rising, the dollar index edged up around 0.1%, mainly driven by losses in the pound, which eased, after the British government dismissed efforts by European Union negotiators to resume negotiations over post-Brexit trade this week.

“A bit like the US fiscal stimulus, this is now a political dance. We hope no one stumbles!” Deutsche Bank chief strategist Jim Reid said in a note Tuesday.

Futures on the S&P 500, the Dow Jones and the Nasdaq 100 were up between 0.4% and 0.8%, suggesting investors may focus instead on earnings later in the day as a more immediate catalyst.

In the commodities sector, a slightly stronger dollar ate into demand for the likes of gold, which fell 0.4% to around $1,904 an ounce, but analysts said the price could well stage a bounce back, particularly in the even of a deal on US stimulus.

“This evening will apparently determine whether the aid package can be approved before the presidential elections in two weeks’ time, so the market will no doubt follow the talks in Washington very closely,” Commerzbank said in a note. “Gold could profit in the event of a deal because the US dollar would presumably be in less demand then and would probably depreciate.”

Read More: BANK OF AMERICA: Buy these 6 financial-sector stocks that offer the most attractive risk-reward combo as the economy improves