The hemp-derived, cannabidiol-rich gummies, soft gels and oil drops officially launched on Thursday after more than a year in development.
The products are the result of the style maven’s partnership with Canopy Growth (CGC), the Canadian cannabis company with a multibillion-dollar backer in US alcohol giant Constellation Brands (STZ). Stewart joined Canopy as an adviser in early 2019 for the express purpose of developing cannabis products for humans and their pets after being introduced to Canopy’s founder by her friend Calvin Broadus Jr. — the rapper and businessman better known as Snoop Dogg. His Leafs by Snoop cannabis brand is produced by Canopy.

The initial Martha Stewart CBD products, which range from $34.99 to $44.99, will be sold online at Canopy’s e-commerce site. The pet products are expected to debut later this year. 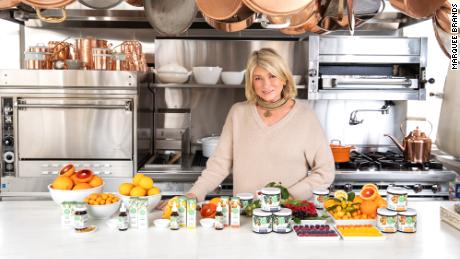 “I was surprised to learn that while most people have heard of CBD, less than 20% of us have actually tried it,” Stewart said in a statement emailed to CNN Business. “For me, that signals a lot of opportunity to create beautiful, elevated products that help people live well.”

Stewart considers herself an early adopter of CBD and has incorporated it in her wellness routine. Creating her own product was a natural extension of her brand, she said.
Stewart, who was closely involved in product development, said she drew inspiration from her kitchen and garden. The gummies resemble pâte de fruits, the chewy French candy, and the products boast flavors such as Meyer lemon, kumquat, blood orange and huckleberry.
The Martha Stewart CBD line is far from being the first celebrity-connected CBD brand, and it’s launching within a densely packed field of competitors in an unregulated market. 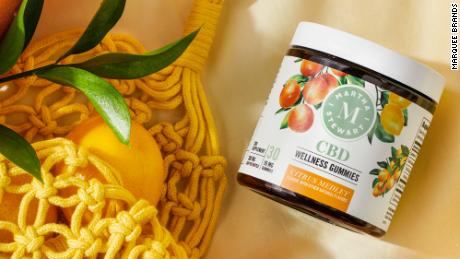 CBD is a booming business in the United States. Sales are expected to hit $4.75 billion this year, according to estimates from the Brightfield Group, a consumer research firm specializing in cannabis.
The number of products featuring the non-psychoactive cannabis compound — often heralded as a health and wellness aide — ballooned after hemp was legalized in 2018. As of August, there were about 3,000 different CBD brands jockeying for position, driving down prices and shredding market share, according to Brightfield estimates.
Canopy believes this product can stand out from the crowd because of Stewart’s know-how and cachet, said David Klein, Canopy’s CEO.
“Martha brings that trusted voice,” Klein said in an interview with CNN Business.
And for Canopy, the launch represents a significant step in building its US business, he said.
The expectations for Canopy to be successful in the US hemp-derived CBD industry are high — primarily because of the Martha Stewart collaboration and the company’s connection to Constellation Brands, said Jesse Pytlak, an analyst with Cormark Securities.
“From my understanding, many retailers (especially in the food/drug/mass channel) remain reluctant to sell CBD items due to the regulatory uncertainty and related confusion, but as these issues are resolved, Canopy should be advantaged by being able to leverage Constellation’s distribution and retail relationships,” Pytlak said.

The Martha Stewart brand is owned by Marquee Brands, which acquired it and the Emeril Lagasse brand from Sequential Brands Group for $175 million last year.
Beyond the human and pet lines she’s developing with Canopy, Stewart says she plans to launch a CBD skincare line called 86 Elm in a separate partnership with a yet-to-be-named dermatologist.
Source: Read Full Article