Here are your FOX Business headlines.

Joe Rogan’s deal with Spotify is reportedly worth double the amount as previously reported.

According to earlier reports, the streaming service allegedly paid $100 million to exclusively host the 54-year-old’s podcast, "The Joe Rogan Experience." But on Thursday, two people who are familiar with the transaction told The New York Times that the true value of the deal is "at least" $200 million "with the possibility of more."

The insiders spoke anonymously because they were not authorized to discuss the details of the deal, the outlet shared.

The lavish purchase was considered "extraordinary." Company filings showed that Spotify had purchased entire content companies Gimlet Media and The Ringer for slightly less than $200 million each. 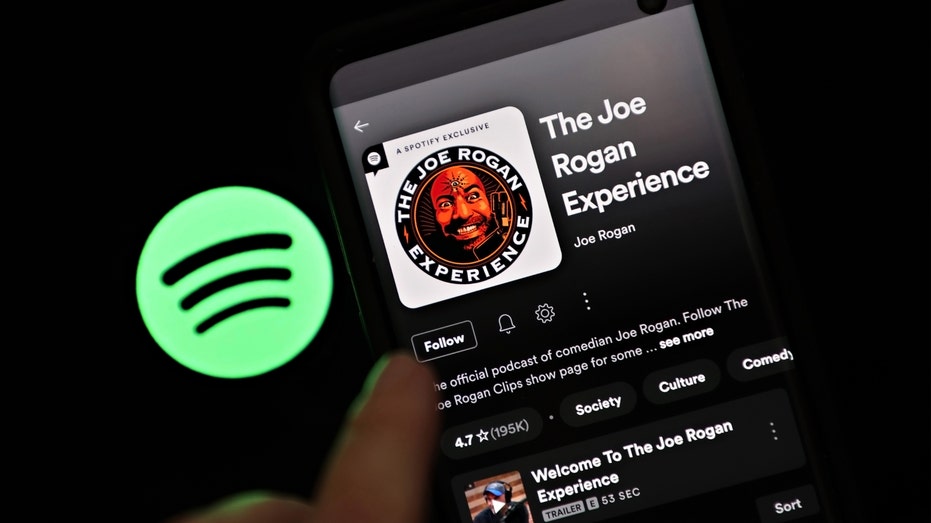 ‘The Joe Rogan Experience’ is Spotify’s biggest podcast in the United States, as well as 92 other markets. (Cindy Ord/Getty Images / Getty Images)

According to the outlet, "The Joe Rogan Experience" is Spotify’s biggest podcast in the United States, as well as 92 other markets. In financial reports, Spotify cited podcasts, and Rogan’s show in particular, as a factor "in the long-sought growth of its advertising businesses." This is crucial in terms of Spotify’s competition with tech giants, such as Apple and Google.

Spotify announced its exclusive deal with the top podcast in May 2020. However, they didn’t reveal the value of the contract. Most recently, Rogan turned down a $100 million offer to leave Spotify for Canada-based video platform Rumble.

Rogan has faced intense criticism over his comments concerning the COVID-19 vaccine, as well as his use of racial slurs. Musicians, such as Neil Young and India Arie, have chosen to pull their music from Spotify in protest. However, the company doesn't seem ready to part ways with Rogan anytime soon. 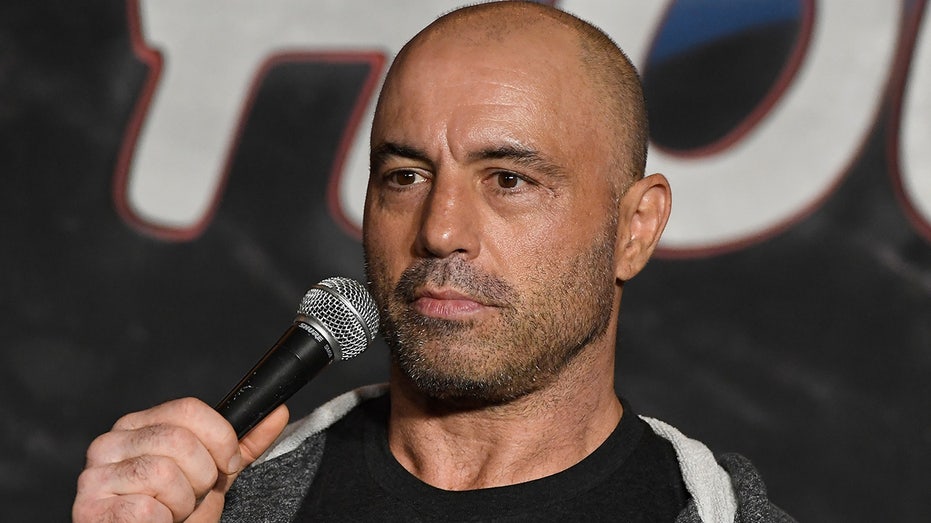 Spotify CEO Daniel Ek previously said in a message to employees that Rogan’s racist language was "incredibly hurtful" and that the host was behind the removal of dozens of episodes of "The Joe Rogan Experience."

"While I strongly condemn what Joe has said and I agree with his decision to remove past episodes from our platform, I realize some will want more," Ek said in the note. "And I want to make one point very clear — I do not believe that silencing Joe is the answer."

"We should have clear lines around content and take action when they are crossed, but canceling voices is a slippery slope," wrote the 38-year-old. "Looking at the issue more broadly, it’s critical thinking and open debate that powers real and necessary progress."

Ek added he was "deeply sorry" for the impact the controversy was having on Spotify’s employees. 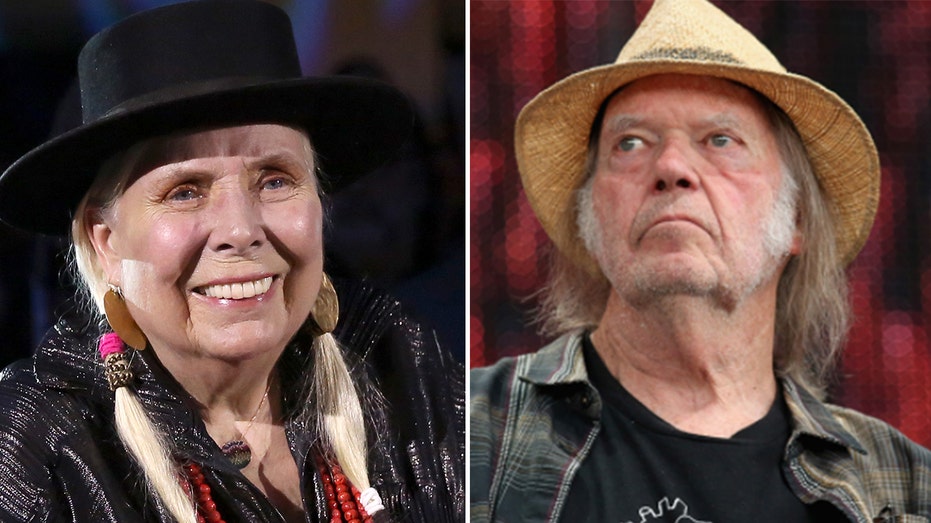 Joni Mitchell and Neil Young are among the artists to have pulled their music from Spotify over Joe Rogan’s podcast content. (Getty Images / Getty Images)

Rogan’s public troubles started on Jan. 24 when Young, 76, asked to have his music removed over concerns that Rogan was promoting skepticism about the COVID-19 vaccines. Other artists followed suit, including Joni Mitchell and Roxane Gay. Spotify said it would add a warning to all podcasts that discuss COVID-19, directing listeners to factual, up-to-date information from scientists and public health experts.

The scrutiny intensified when a video compilation emerged showing Rogan repeatedly using the N-word. Arie, 46, posted it on her Instagram account, using the hashtag #DeleteSpotify.

"They take this money that’s built from streaming, and they pay this guy $100 million, but they pay us like .003% of a penny," the Grammy winner wrote. "I don’t want to generate money that pays that."

Rogan apologized in an Instagram, saying that the slurs were the "most regretful and shameful thing" he has ever had to address and that he hasn’t used the N-word in years. 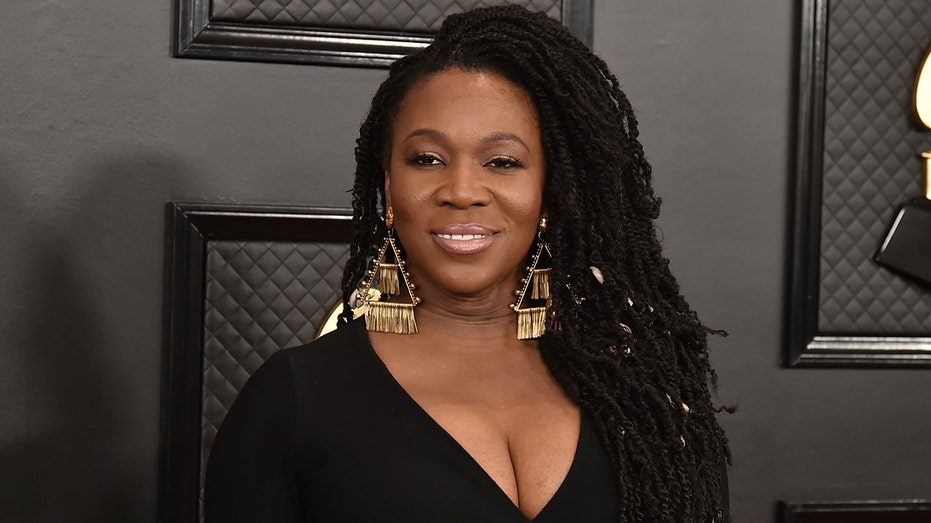 Grammy award-winning singer-songwriter India Arie posted the compilation of Joe Rogan using the N-word on Instagram and announced that she was removing her music from Spotify’s streaming service because of it. (Photo by David Crotty/Patrick McMullan via Getty Images / Getty Images)

Ek told The Wall Street Journal that he took responsibility for being "too slow to respond" to the criticism over vaccine misinformation. It took the company five days to respond publicly to Young.

"It’s become clear to me that we have an obligation to do more to provide balance and access to widely accepted information from the medical and scientific communities guiding us through this unprecedented time," Ek continued in a statement.

Spotify reported having 406 million active monthly users, up nearly 20% from last year, and advertising has grown largely because of podcasts. Musicians still generate the bulk of Spotify’s profits, experts say. The company had 31% of the 524 million music streaming subscriptions worldwide in the second quarter of 2021, more than double that of second-place Apple Music, according to Midia Research.