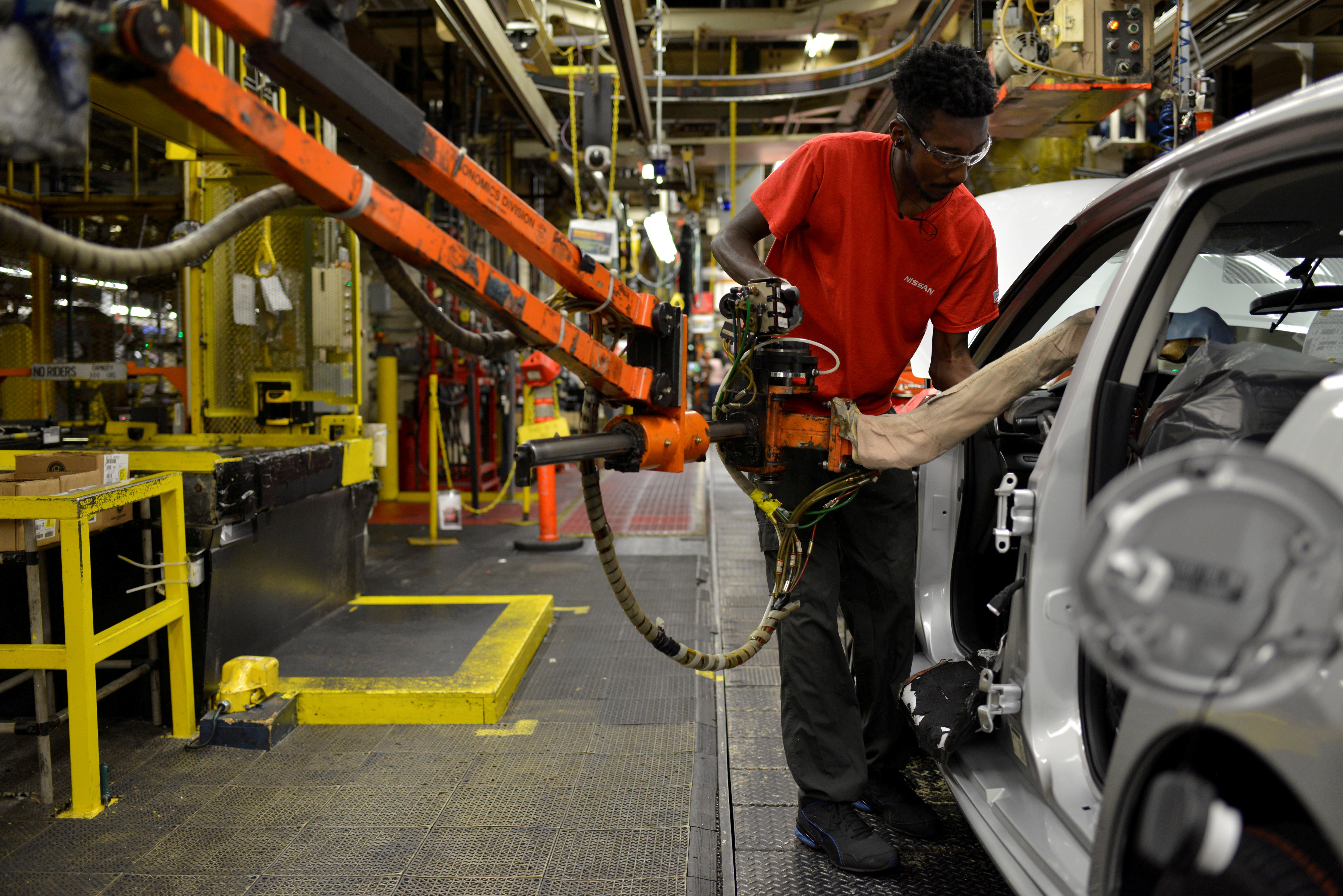 That sector lost 6,000 jobs in March, the Labor Department said on Friday, ending a 19-month streak of gains that started in August 2017 and had it extended one more month would have become the longest uninterrupted expansion of factory employment since the mid-1980s.

As it stands, the just-ended run was the longest since a comparable streak from August 1993 through February 1995 and saw the generation of 410,000 U.S. factory jobs. By comparison, that earlier run during Democrat Bill Clinton’s presidency produced 526,000 new manufacturing positions. A 20-month streak back in the early 1980s generated 1.34 million production jobs.

Today, companies that produce cars, construction equipment and other manufactured goods account for 12 percent of an economy that in July marks 10 years of expansion, the longest on record. Back in the 1990s, manufacturing’s share of the economy was around 16 percent and it was closer to 20 percent in the early 1980s.

Trump campaigned on rebuilding the sector and his ability to create high-paying American manufacturing jobs, partly by pushing other countries for more favorable terms of trade.

For a graphic on U.S. manufacturing employment, see – tmsnrt.rs/2CYWCQt

Overall, though, the March jobs report was upbeat.

It showed U.S. employment growth in March accelerating from a 17-month low, signaling that February’s sharp pullback was more likely an anomaly rather than a sign of an impending economic slowdown. Nonfarm payrolls rose by 196,000 jobs for the month, while economists polled by Reuters forecast gains of 180,000 jobs.

Last month’s unexpected slowdown in factory hiring – economists polled by Reuters had forecast a gain of 10,000 jobs – may signal that slower consumer and business spending as well as softening auto sales may curtail manufacturing job growth going forward. Another possibility is that factories are finding trouble finding and retaining willing workers.

Weakness in the auto sector bears watching. Manufacturers in that area have announced thousands of job cuts to deal with slowing sales that have led to an inventory bloat. So far this year auto manufacturers and suppliers have unveiled plans to cut 15,887 jobs, according to data on Thursday from Challenger, Gray & Christmas Inc, an outplacement consultancy.

Yet some companies that are hiring in that sector report labor shortages in their regions.

Shawn Hendrix, president of Nissen Chemitec America Inc, which supplies parts for Honda and Subaru cars, said he is not seeing an industry slowdown. He is having trouble finding people to fill jobs at his London, Ohio, factory.

“We are hiring – in our area in central Ohio almost all manufacturers I know are hiring,” Hendrix said. But it’s hard to find workers willing to commit to long-term jobs: some quit after two days of orientation. “If we don’t develop a pipeline with our educators it’s going to be very difficult to sustain manufacturing,” he said.

It is possible that the figure for March is a blip. The Institute for Supply Management said on Monday that its index of national factory activity rose to a reading of 55.3 in March from 54.2 in February, which had marked the lowest level since November 2016.