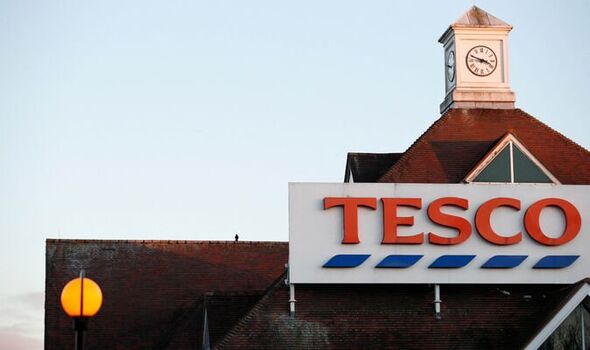 Mr Murphy also revealed customers were visiting more frequently but buying smaller baskets of goods. It follows analysis this week by the Institute of Grocery Distribution suggesting food price inflation could peak at 15 percent in the coming summer and autumn months. He stressed it was “too early” to predict how food inflation would change over the coming year.

It came as Tesco – Britain’s biggest grocer – revealed in a trading update that its UK sales fell by 1.5 percent year on year in the three months to the end of May.

The firm said the drop follows a jump in sales the same time last year when the country was under Covid restrictions.

Mr Murphy said: “Although difficult to separate from the significant impact of lapping last year’s lockdowns, we are seeing some early indications of changing customer behaviour as a result of the inflationary environment.” However, its guidance on profits remains unchanged.

Sales across the Tesco group – which includes the Republic of Ireland, central Europe and wholesale chain Booker – rose two percent to £13.5billion on a year ago.

He said: “There are no signs of relief in prices in the short term.”

Mr Murphy also defended the retailer’s stance on fuel pricing after claims that forecourts were profiteering.

It comes after the Government cut fuel duty by 5p a litre in March.

Mr Murphy stressed: “We passed on the cut literally on the same day.”