LONDON (Reuters) – Shares on Monday largely shrugged off reports that Washington is considering delisting Chinese companies from U.S. stock exchanges, with market players downplaying the likelihood of such radical escalation of the U.S.-China trade war. 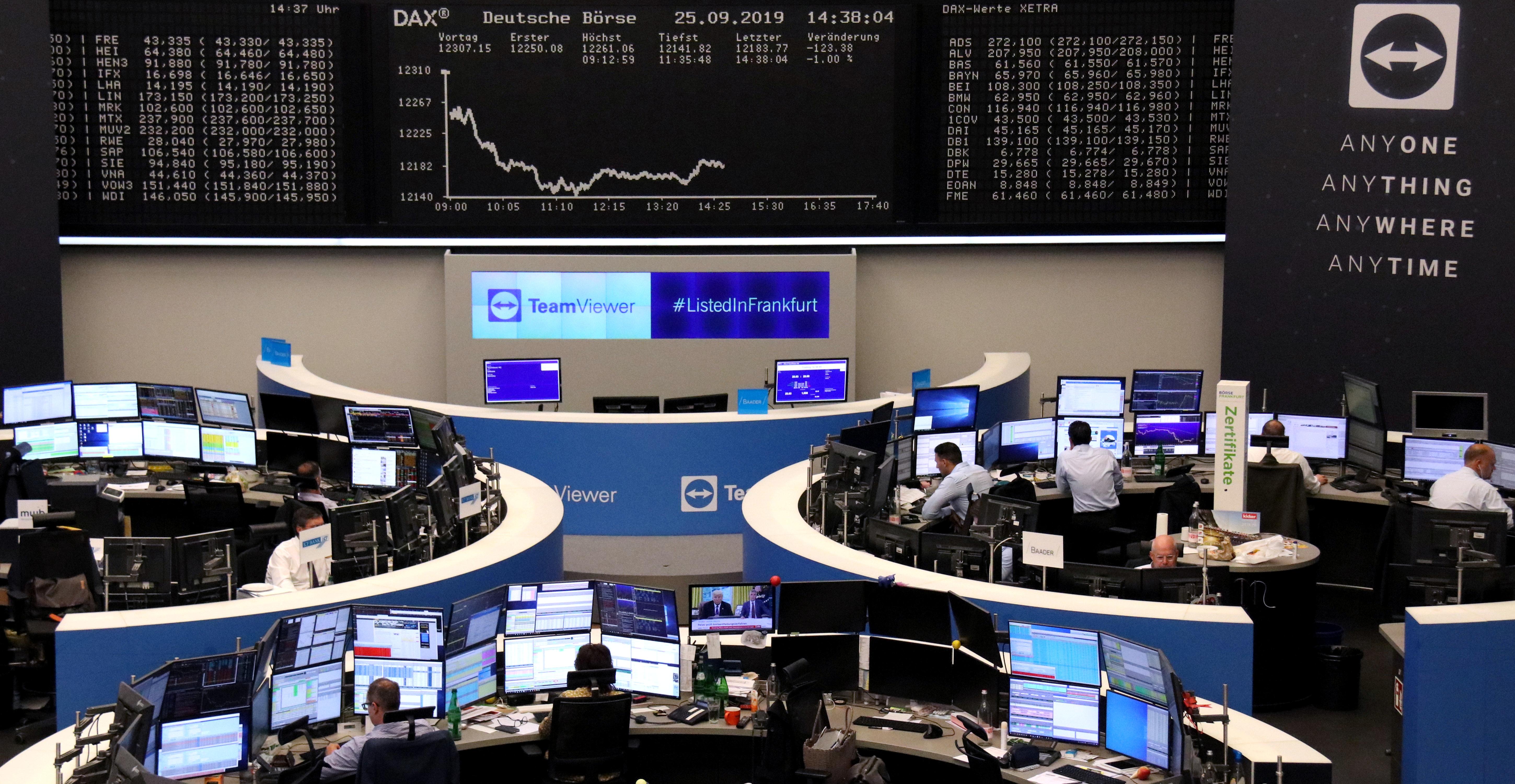 U.S. President Donald Trump is looking at the move as part of a broader effort to limit U.S. investment in Chinese companies, sources told Reuters on Friday, though it was not clear how any such delisiting would work.

But MSCI’s world equity index .MIWD00000PUS, which tracks shares in 47 countries, was little changed, down 0.1%. MSCI’s broadest index of Asia-Pacific shares outside Japan .MIAPJ0000PUS was flat.

Europe’s Euro STOXX 600 managed a 0.1% gain after opening lower. Markets in Frankfurt .GDAXI and Paris .FCHI were flat. London .FTSE slipped. The STOXX 600 index is on track for a 3% monthly rise, its third straight quarterly rise.

Wall Street futures gauges NQcv1 suggested that U.S. stocks would bounce back, indicating gains of 0.4%. The concern around the latest Sino-U.S. tensions had caused U.S. stocks to fall on Friday, with the Nasdaq .NDX losing 1%.

The news also knocked Chinese shares listed on U.S. exchanges on Friday. Alibaba Group (BABA.N) and JD.com (JD.O) both lost 5% to 6% on Friday.

Following the reports, China warned of instability in global markets from any “decoupling” with the United States, noting a U.S. Treasury response that said there were no immediate plans to block Chinese listings.

Market players said markets thought the threat of delisting was just a tactic before U.S.-China trade talks resume next week. Investors are accustomed to belligerence from Trump before he dials down his rhetoric, said Luca Paolini, chief strategist at Pictet Asset Management.

“It’s a strategy that we have seen in the past – keeping the pressure very high and then settling for whatever deal is possible,” he said.

Any progress in talks next month would probably fall short of a comprehensive deal, he added. “It’s more likely than not that there will some kind of agreement that would be more cosmetic in nature.”

Also supporting the mood in Asia was economic data from China on Monday that showed sustained weakness in exports but a surprising improvement in domestic consumption indicators.

“This is better than what the market was expecting,” said Alessia Berardi, senior economist at Amundi Pioneer, adding that markets were downplaying the likelihood of a major escalation in the trade war by Washington.

“The probability of implementing the (delisting) decision for the market is still quite low,” she said.

Chinese markets will trade only on Monday before a week-long holiday that marks the 70th anniversary of the founding of the People’s Republic of China.

Euro zone bond yields rose to their highest in a week after the European Central Bank’s head reiterated the need for fiscal policy to support long-term growths.

Germany’s 10-year bond yield, a benchmark for the bloc’s government debt, rose to a one-week high at -0.54% DE10YT=RR. Thirty-year yields were also higher.

The dollar was little changed against a basket of six major currencies .DXY, adding 0.1% to 99.117. Earlier this month it reached 99.37, its highest in more than two years.

Oil prices slipped after the Chinese economic data, with the trade war weighing on growth in demand at the world’s biggest crude importer. Brent crude LCOc1 futures fell 81 cents, or 1.3%, to $61.47 a barrel by 0136 GMT.

China data met with relief by stock markets, Brexit Plan B in focus