LONDON (Reuters) – U.S. plans to remove sanctions on Russian aluminum giant Rusal (0486.HK) will be of limited benefit to consumers in the United States where tariffs on aluminum imports mean producers still need much higher prices to incentivize shipments. 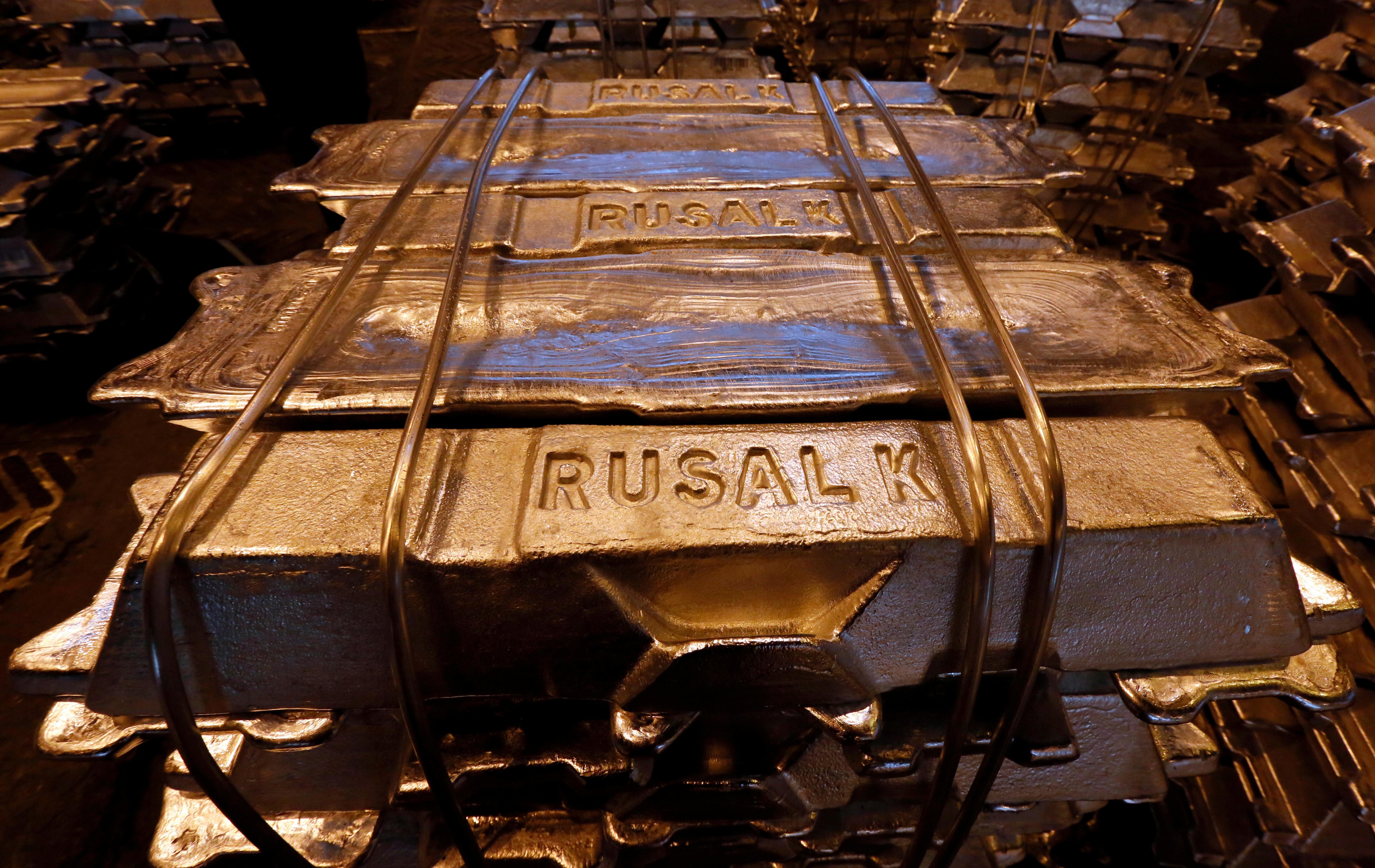 The U.S. Treasury has said it would lift sanctions on Rusal this month after a restructuring that reduces tycoon Oleg Derpaska’s stake in parent company EN+ (ENPLq.L) to below 50 percent.

Rusal, however, supplied only around 10 percent of the U.S. market in 2017. Canada with a more than 50 percent share is the largest supplier, and all producers still face 10 percent taxes on shipments to the United States.

“The tariffs will be paid by American consumers and the only winners are American primary (aluminum) producers who do not have to pay the duty,” a source at an aluminum producer said. “We can’t sell at a loss, premiums for exporting to the U.S. need to stay high.”

Physical market premiums are paid above the benchmark price for aluminum CMAL3, set on the London Metal Exchange at around $1,870 a tonne. That is down more than 30 percent from a seven-year high of $2,718 a tonne hit in April, when the sanctions were imposed.

The U.S. premium AUPc1 at 19 U.S. cents a lb or $420 a tonne is little changed from Dec. 20 when the U.S. Treasury announced the sanctions would be lifted.

It is double the $200 a tonne seen at the start of 2018 and about 20 percent above the levels at the time tariffs were announced in early March 2018.

“There is a little downside on U.S. premiums. The February contract is around $400 a tonne,” said Eoin Dinsmore, an analyst at metals consultancy CRU. “That’s the kind of level needed to take into account the duties, to attract metal.”

In contrast, premiums in Europe 1AEPc1, a major destination for Rusal’s aluminum, have tumbled to $60 a tonne, from the record high of $150 a tonne seen in the aftermath of the sanctions.

Aluminum industry sources say commodity traders are holding large amounts of Rusal’s metal produced since April in Europe and that consumers on the continent are holding ample stocks.

(GRAPHIC: Costs of aluminum for US vs Europe – tmsnrt.rs/2ABXzgp)

However, some expect to see even lower numbers as the United States is a major consumer expected to account for 5 million-6 million tonnes this year in a market estimated at 68 million tonnes.

“The U.S. needs to attract imports, but producers also need the U.S. market and they have to compete with duty-exempt material,” said Citi analyst Oliver Nugent.

“We’re expecting some of the cost of the tariff to be pushed back to producers, we’re bearish on the U.S. premium.”

Canadian exemptions from the tariffs are also behind the idea of premiums sliding at a faster rate than expected.

“The stand-off centers on whether Canada should accept imports being capped by a fixed quota,” Nugent said.

“Even if Canada is forced to take the quota agreement, a substantial portion of previously duty paying import supply becomes duty-free overnight.”

Trump says his steel tariffs will save the U.S. industry: WSJ