The threatened strike in Belgium, Italy, the Netherlands, Portugal and Spain is aimed at pressuring shareholders set to meet on Sept. 20 to address Ryanair’s labor agreements, union officials said on Thursday.

They said unions would strike once a month until their demands are met.

“It is time the company accepted to employ us with local contracts under local conditions in accordance with local law,” Didier Lebbe, a spokesman for the CNE union in Belgium, told a news conference in Brussels.

“We need shareholders to change Ryanair’s employment model,” he said, and called for European political mediation.

Ryanair employs staff across Europe under Irish contracts, but some unions want the ability to negotiate terms under the employment laws of their own country.

Belgian unions forecast most flights out of Ryanair’s two airports in Belgium will be canceled, challenging the company’s pledge to minimize disruptions.

Some pilots in Italy will also join the industrial action on the day, the Uiltrasporti union said.

A spokesman for Ryanair said “there will be no pilot strike in Italy”, adding that Ryanair had already signed a collective labor agreement with the ANPAC union and does not recognize the “small” Uiltrasporti union.

FILE PHOTO: An aircraft of low-cost airline Ryanair is parked behind a fence at the tarmac of Weeze Airport, near the German-Dutch border, during a strike of its crews, protesting the slow progress in negotiating a collective labour agreement in Weeze, Germany, September 12, 2018. REUTERS/Wolfgang Rattay/File Photo

Unions representing three of the airline’s Italy-based cabin crews said in a statement on Thursday they had agreed in principle to a three-year collective labor agreement.

Ryanair has struggled to curb an industrial relations revolt in recent months and was forced to cancel 150 of its 400 German flights on Wednesday after a walkout by pilots and crew.

Chief Executive Michael O’Leary said in response that the airline, which flies some 2,500 flights a day, was willing to accept strikes if that was the cost of defending its low-cost business model.

Amid management’s clashes with unions, shares in Ryanair have fallen 13 percent this year. 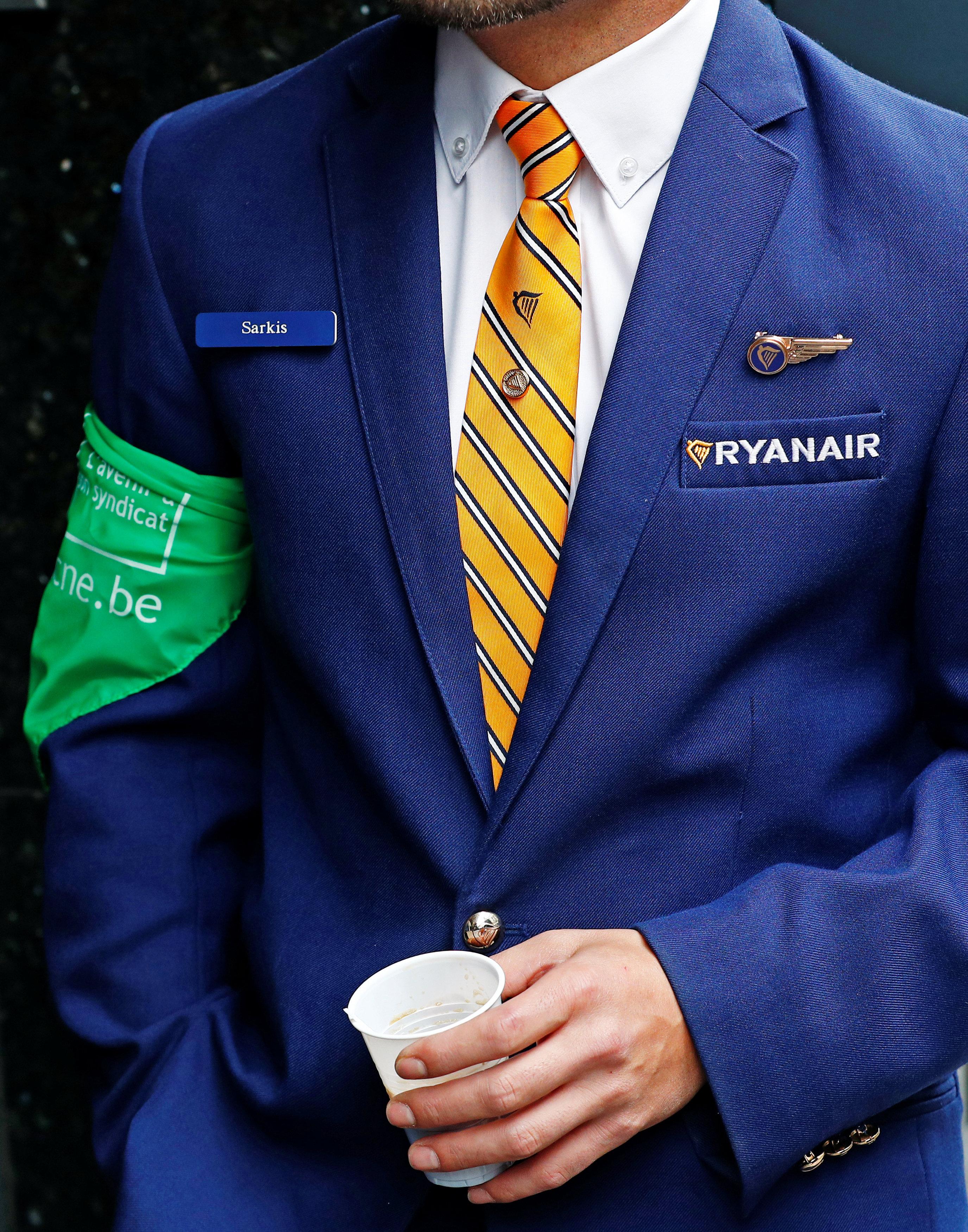 Unions across the five countries set to walk out on Sep. 28 told a news conference on Thursday that the strike could be averted if shareholders were able to force change to labor contracts at their annual meeting on Sept. 20.

Ryanair said that even if there is a strike, it expects a significant majority of its cabin crew in Spain, Italy, Belgium, the Netherlands and Portugal to work normally, as they have during previous strikes.

“As we demonstrated in Germany yesterday, Ryanair will pre-advise customers of a small number of flight cancellations,” Ryanair Chief Marketing Officer Kenny Jacobs said in a statement.

Ryanair suffered its worst ever strikes this summer after slow progress in negotiating collective labor agreements with pilots and cabin crew.

In August it reached a deal with striking Irish pilots, but unions representing pilots and cabin crew in Germany have threatened further walkouts if Ryanair does not improve offers on terms and pay.