MOSCOW (Reuters) – Pressure is mounting on Russian mining company Norilsk Nickel over an Arctic oil spill that has wiped about 17% off its share price, left it with a hefty compensation bill and exposed it to accusations of covering up the full extent of the damage. 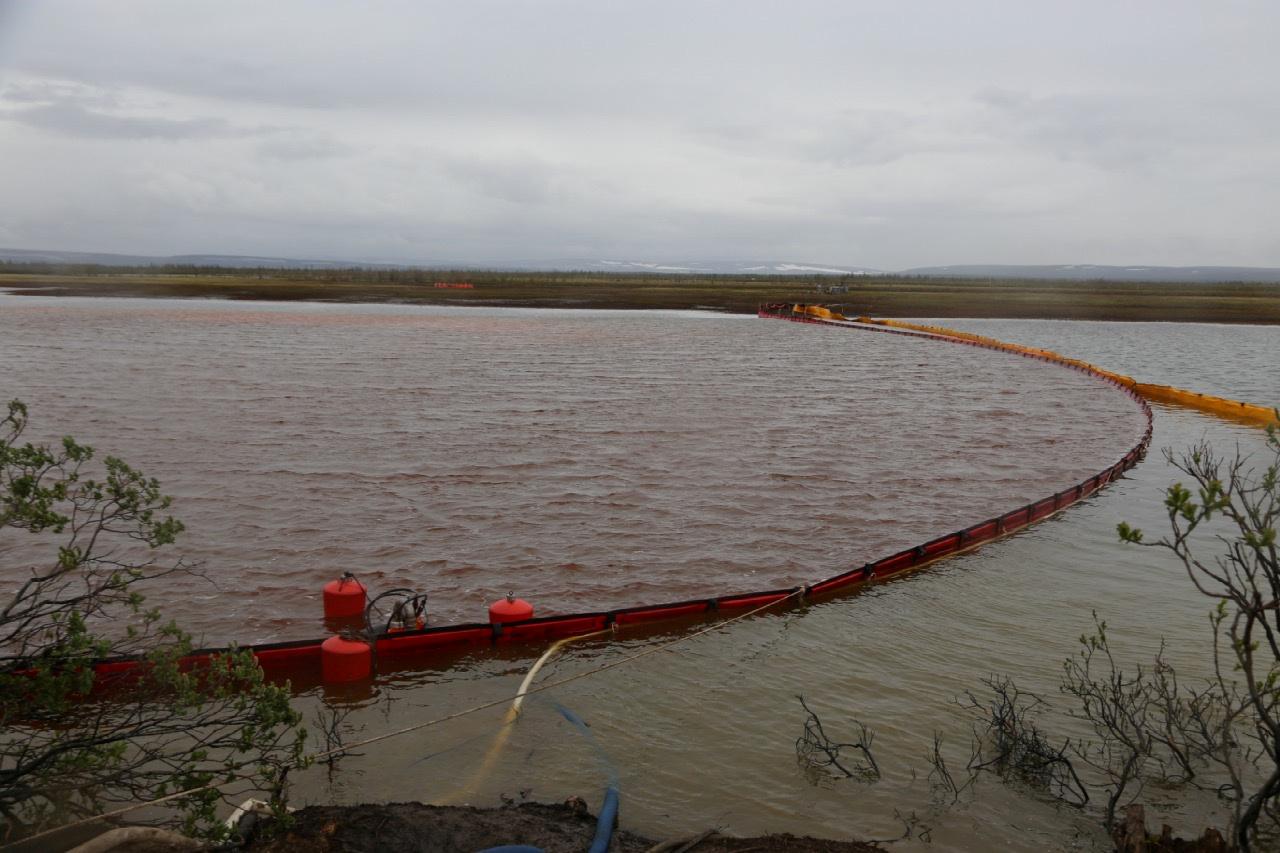 Nornickel (GMKN.MM), as it is better known, denies the cover-up allegations by green campaigners, a regional governor and a former official at Russia’s environmental watchdog, who have spoken out publicly and, in some cases, published tests, photographs and witness accounts to support their allegations.

Their evidence, which Reuters has been unable to verify, shows diesel has spread into a lake and, according to witnesses, into a river that feeds into the Arctic Ocean.

Nornickel, citing official tests and satellite images, denies pollution has spread into either body of water.

It says it has contained the leak, from a power station near the industrial city of Norilsk on May 29, and that it has recovered 90% of the diesel by using containment booms and pumps.

It also denies hiding the extent of the damage, saying the vast number of companies, regulators and others officials involved in the clean-up operation guarantees full transparency.

“We cannot imagine how it would be possible to hide anything in such conditions,” a company spokeswoman said. “An investigation into the incident is being carried out by regulatory and monitoring agencies.”

Reuters has no independent evidence to support the allegations that Nornickel has suppressed information.

Nornickel’s shares fell 5% in one day in Moscow on Monday after Russia’s environmental watchdog demanded over $2 billion in damages. Nornickel said on Wednesday it disputed the size of the claim and the methodology used for its calculation.

President Vladimir Putin in June chided Vladimir Potanin, the billionaire boss of Norilsk, for not replacing the source of the spill, a fuel tank, in timely fashion and said significant damage had been caused to the fragile Arctic environment.

Potanin told Putin Nornickel would spare no expense to restore the environment and was committed to fund programs that would increase the deer population and maintain rare fish stocks. Nornickel has said publicly it is also committed to a federal investigation into the incident, takes full responsibility for what happened, and wants to avoid a repeat.

At the market close on Thursday, Nornickel’s shares were almost 17.3% lower than at the May 29 opening.

The spill was caused by the failure of a reserve fuel tank at the power station, owned by NTEK, a subsidiary of Nornickel. About 21,000 tonnes of diesel leaked into rivers and subsoil near Norilsk. Nornickel, one of the world’s largest producers of nickel and palladium, blamed melting permafrost driven by climate change for eroding the tank’s foundations.

Federal investigators have blamed the poor state of the fuel tank, and have detained three of the power station’s managers and charged Norilsk’s mayor with criminal negligence.

Environmental groups and some Russian officials are worried by what they regard as a lack of information about how far the pollution has spread towards the Arctic Ocean.

“It’s obvious that a cover-up is under way,” said Vasily Ryabinin, who quit as an official at state environmental regulator Rosprirodnadzor in Norilsk after the spill.

“Most of the fuel got into the lake before they set up the containment booms,” he said.

Ryabinin cited as evidence photographs he took on June 4 which appear to show riverbanks beyond the booms towards the lake stained with diesel and says he was obstructed from carrying out a proper inspection of the site on the day of the accident by the power station’s security guards and police.

Ryabinin said he and his boss at Rosprirodnadzor were turned back even though his boss was carrying the required identity documents. Rosprirodnadzor later removed him from the case and he then resigned, judging that his employer was complicit in environmental damage.

Rosprirodnadzor did not respond when asked about the circumstances of his departure and his assertions. His former boss, Andrei Konoplyov, declined to comment.

Alexander Uss, governor of the Krasnoyarsk region where the leak occurred, also expressed concern after inspecting the accident site and talking with company officials.

He said NTEK had first said that a car caught fire at the site and then changed its version of events to say the fuel tank may have leaked but that there was no ecological damage. Two days passed, he said, before the real picture became clear.

“There was clearly disinformation (from Nornickel) that you cannot describe as anything else other than a desire to hide what happened or the scale of what happened,” he told state television in June.

Declaring a state of emergency in the area on June 3, Putin criticized what he called a bungled and delayed response.

“Why did authorities find out about what happened only two days later?,” Putin, visibly irritated, asked Sergei Lipin, the head of NTEK. “What, are we going to find out about emergency situations from social media now? Is everything alright with your health?”

Lipin defended NTEK’s handling of the accident to Putin, saying it had passed on information about the accident according to its standard plan for fuel spills. He did not comment on Uss’s assertion that NTEK had altered its version of events.

Despite the concerns about Russia’s worst oil spill since 1994, Moscow has turned down a U.S. offer to help with the clean-up, saying it can manage on its own.

Some environmental campaigners say they doubt Nornickel’s assertions that it has been able to recover 90% of the leaked diesel, citing similar clean-ups in the past around the world.

Nornickel said it stood by its estimate, but that precise data would be available only when the fuel was separated from the collected water.

Nornickel acts as the main employer and benefactor in the Siberian Arctic city over 2,350 km (1,460 miles) from Moscow. It has appointed a senior executive to the new role of senior vice president for environmental protection and pledged a thorough clean-up. 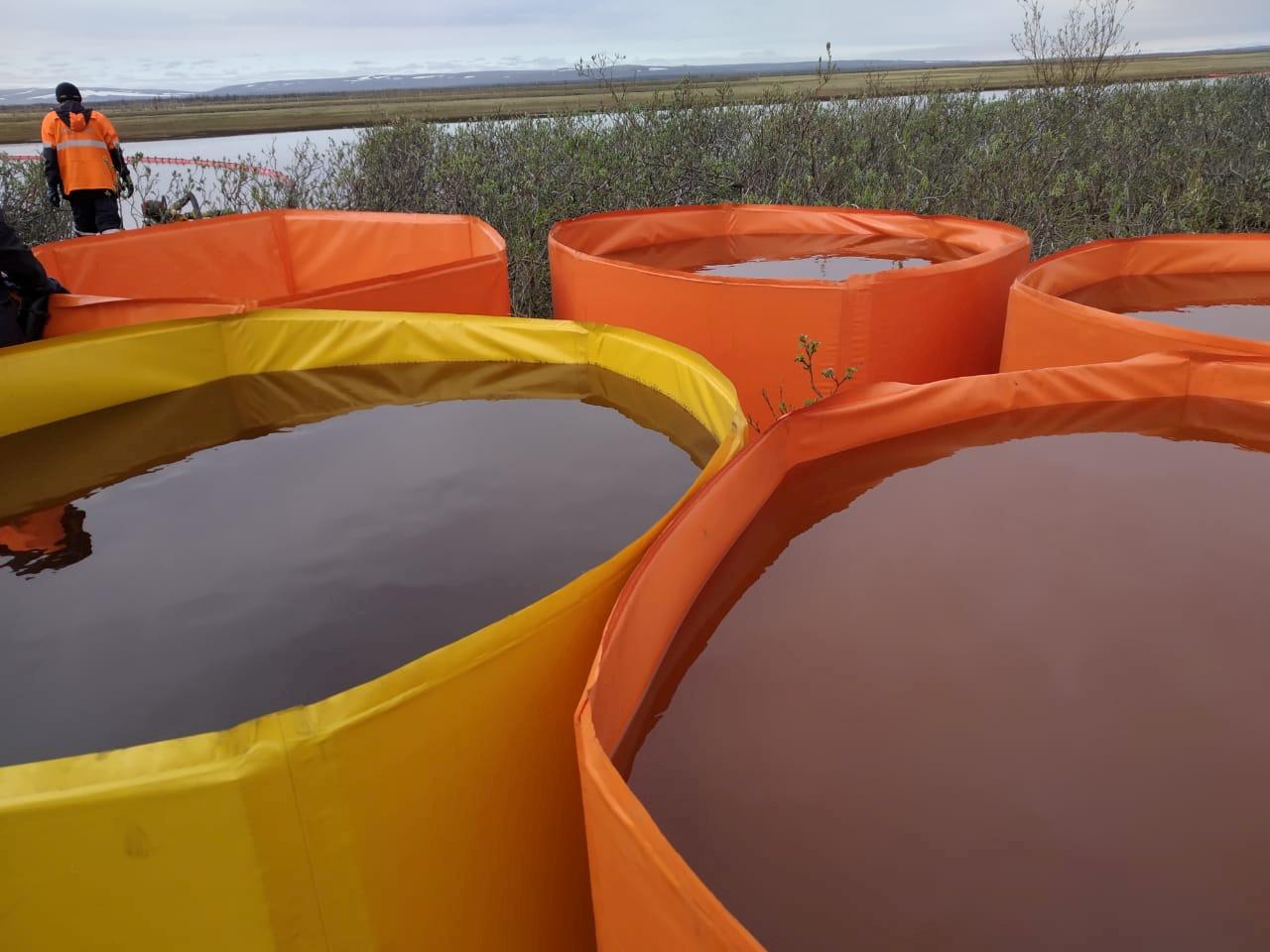 Photographs taken by Ryabinin, and posted online, show banks of the River Ambarnaya beyond the containment booms – the stretch that flows into Lake Pyasino – stained with diesel fuel.

Separately, Moscow hydrogeologist Georgy Kavanosyan tested Pyasina river samples on a trip there in June. In a video posted online, he showed, using technical equipment, how it contained more than double the normal concentration of toxic oil products.

A spokeswoman for Rosprirodnadzor shared data with Reuters that did not detect critical pollution levels there on June 30. Norilsk has cited the same data to show it is hiding nothing.