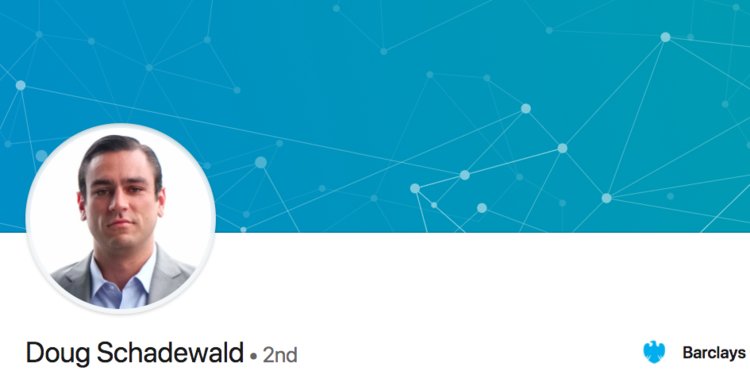 
A rising star on Barclays’ equity derivatives desk, one of the most competitive corners of Wall Street in 2018, has left the company to join the secretive proprietary trading juggernaut Jane Street.

Doug Schadewald, a 28-year-old director who managed an S&P 500 and VIX derivatives portfolio at Barclays, resigned from the bank this week to join Jane Street, according to people familiar with the matter.

Equity derivatives traders have been in high demand in 2018 as volatility stormed back after laying dormant for much of 2016 and all of 2017, garnering shoutouts from top executives in quarterly analyst calls for boosting banks’ earnings.

As of early July there had been more than 40 moves at the level of vice president or higher in equity derivatives in the US this year — a figure that continues to grow. Multiple factors are driving the trend, but the catalyst that opened the floodgates was the blowup of the Cboe Volatility Index — known as the VIX — earlier this year, according to industry insiders.

The blowup became a feeding frenzy for savvy, well-positioned traders who had suspected time was running out on the uber-popular trade of shorting volatility, leading to eye-popping profits for individual traders and teams — some north of $100 million on a single day. Schadewald and the index volatility team at Barclays would have been at the epicenter of the action those days as well and are said to have pulled in significant profits for the bank.

Traders who scored big during the volatility spike have become coveted, especially given that many expect volatility to remain elevated as central banks withdraw liquidity and continue to hike interest rates.

While most of the ensuing movement in equity derivatives has been bank-to-bank, Schadewald, who was named to the Forbes 30 Under 30 list this year, is leaving banking to join an options trading team at Jane Street and help develop its index trading desk.

Jane Street, a technology-focused firm that does proprietary trading similar to a hedge fund but that is also a market maker, has more than 700 employees and facilitates more than $13 billion in equity trading volumes a day, according to its website.