Experts say a period of costlier fuel is likely to be brief. But if consumers start to assume otherwise, it could mean problems for Biden and the Fed. 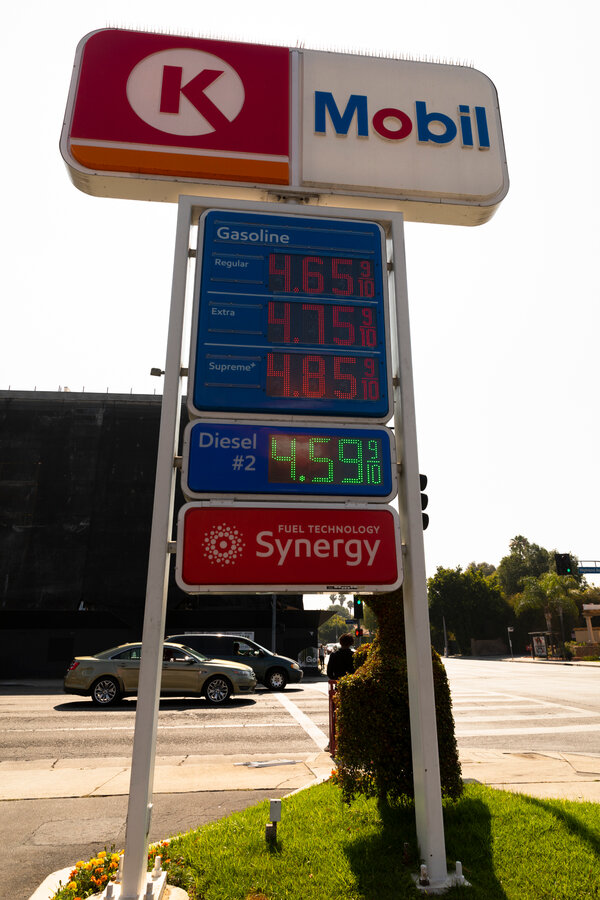 By Ben Casselman and Clifford Krauss

As the U.S. economy struggles to emerge from its pandemic-induced hibernation, consumers and businesses have encountered product shortages, hiring difficulties and often conflicting public health guidance, among other challenges.

West Texas Intermediate, the U.S. oil-price benchmark, hit $76.98 a barrel on Tuesday, its highest level in six years, as OPEC, Russia and their allies again failed to agree on production increases. Prices moderated later in the day but remained nearly $10 a barrel higher than in mid-May.

Reflecting the increase in crude prices, the average price of a gallon of regular gasoline in the United States has risen to $3.13, according to AAA, up from $3.05 a month ago. A year ago, as the coronavirus kept people home, gas cost just $2.18 a gallon on average. The auto club said on Tuesday that it expected prices to increase another 10 to 20 cents through the end of August.

The rapid run-up comes at a delicate moment for the U.S. economy, which was already experiencing the fastest inflation in years amid resurgent consumer activity and supply-chain bottlenecks. And it could cause a political headache for President Biden as he tries to convince the public that his policies are helping the country regain its footing.

Asked about oil prices at a White House news conference on Tuesday, Jen Psaki, the press secretary, said the administration was monitoring the situation and had been in touch with officials from Saudi Arabia and other major producers. But she suggested that the president had limited control over gas prices.

“There sometimes is a misunderstanding of what causes gas prices to increase,” Ms. Psaki said. “The supply availability of oil has a huge impact.”

Indeed, energy experts said the recent jump in oil prices had more to do with global economic and geopolitical forces than with domestic policies. Global energy demand slumped when the pandemic hit last year, eventually leading the Organization of the Petroleum Exporting Countries and its allies to cut production to prevent a collapse in prices. Demand has begun to rebound as economic activity resumes, but production has not kept pace: OPEC Plus, the alliance of oil producers, on Monday called off a teleconference to discuss increasing output.