Even though PUBG Corporation is a South Korean company with its headquarters in Seoul, Tencent Gaming, a subsidiary of Chinese investment and technology giant Tencent, holds the global franchise for the mobile version of the game. 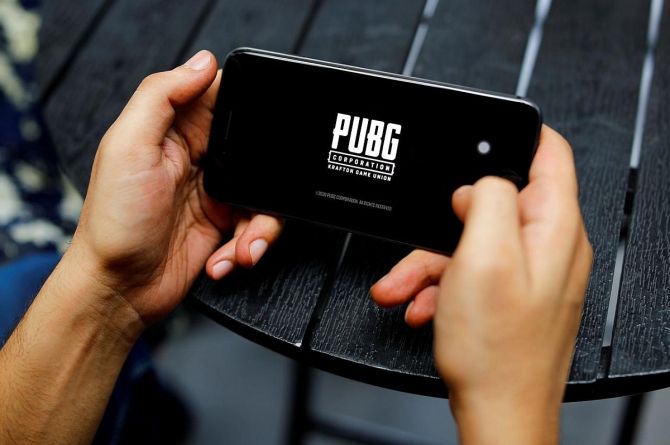 PUBG Corporation, the owner and publisher of popular multiplayer gaming application PUBG, has decided against authorising the franchise of the mobile version of the game in India to Chinese firm Tencent Games.

This opens up the possibility of the gaming application returning to Indian handsets.

In a blogpost on Tuesday, the South Korean company said it respected the measures taken by the (Indian) government as the privacy and security of player data was a top priority for the company.

“Moving forward, PUBG Corporation will take on all publishing responsibilities within the country.

“As the company explores ways to provide its own PUBG experience for India in the near future, it is committed to doing so by sustaining a localised and healthy gameplay environment for its fans,” it said in the blog.

PUBG was one of the 118 mobile apps of Chinese origin or link to have been banned by the Union government last week, on national security grounds.

Even though PUBG Corporation is a South Korean company with its headquarters in Seoul, Tencent Gaming, a subsidiary of Chinese investment and technology giant Tencent, holds the global franchise for the mobile version of the game.

According to local media reports, Tencent also owns as much as 10 per cent in Bluehole Studio, the parent company of PUBG Corporation which developed the game.

“This development opens a possibility of legal recourse for the South Korean owners to be able to appeal before the government or the courts to secure either a revoke or dilution of the ban.

“However, any such decision will only go through a review committee under the Ministry of Electronics and Information Technology (Meity),” said Salman Waris, managing partner at specialist technology law firm TechLegis Advocates & Solicitor.

“From the technical perspective too, the company would need to set up local servers if necessary.

“So the process could take three to six months,’’ he said.

Experts believe in case the ban is revoked, the gaming firm will be able to recover most of its user base which could hurt its alternatives such as Call of Duty, Fortnite, Garena Free Fire and even the yet to be rolled out FAU-G.

“If PUBG makes a comeback, gaming companies which are currently witnessing a surge in demand in India, will see a sharp decline. This is primarily because of the popularity of PUBG,” said Yash Pariani, CEO, Indian Gaming League.

“Moreover, the interface of PUBG has been refined and its constant updates have already assessed the gamers’ likes, whereas a company which would just launch now will have to work more and load out more updates and view more feedback,” he added.

The game has more than 600 million downloads and 50 million active players globally.

It has nearly 33 million users in India. PUBG Corporation said it hoped to work along with the Indian government to find a solution that would “allow gamers to once again drop into the battlegrounds” while being fully compliant with Indian laws and regulations.

Even though the franchise of the mobile version of the game was with Tencent Games, the rights of usage on other platforms, however, has remained with Bluehole Studio.

That is how Indian gamers are able to play the personal computer (PC) version despite the ban.

“PUBG will have to go at length to prove its zero association with Tencent or any other Chinese provider, so a comeback will not be an overnight job.

“Even if they do come back, it is going to be with a lot of assurances that it will have to give to the government,” said Sanchit Vir Gogia, Founder & CEO, Greyhound Research.

According to Vishal Gondal, advisor and investor in nCore Games, the gaming firm which is developing the Indian option FAU-G, the move does not erase the company’s Chinese connection overnight.

“By just changing the name of the publisher, you cannot change the author of the book.

“The Indian government should do proper diligence on these structures.

“At nCore, we are focused on Indian storytelling, so our concept of FAU-G is very different from PUBG,” added Gondal.

Tech lifts world stocks as economy back in focus