Princess Diana makes her debut in season 4 of 'The Crown'

Kate Maltby is a broadcaster and columnist in the United Kingdom on issues of culture and politics, and a theater critic for The Guardian newspaper. She is also completing a doctorate in Renaissance literature. The views expressed in this commentary are her own. View more opinion articles on CNN.

On November 29, UK Culture Secretary Oliver Dowden announced that he would write to Netflix to demand a ‘health warning” be placed at the front of each episode of the streaming service’s “The Crown,” which should emphasize that the series about the British monarchy is fiction, not fact.
On Sunday, Netflix responded through a spokesperson that it would be doing no such thing, telling Variety “we have always presented ‘The Crown’ as a drama — and we have every confidence our members understand it’s a work of fiction that’s broadly based on historical events.” 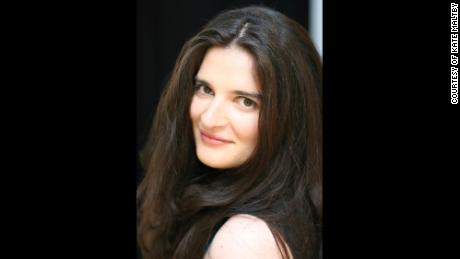 For many British figures, this isn’t good enough. Palace officials have briefed sympathetic press outlets that Prince Charles’ second wife, Camilla — depicted in the series as his mistress during the time of his marriage to Diana, Princess of Wales — has been receiving abuse on social media.

What does this row reveal about modern Britain? For many commentators, it shows that the royal family, Britain’s most ancient and unaccountable power, still thinks it can boss around the world’s newest and scarcely more accountable powers: media companies. That’s true as far as it goes. But it’s also symptomatic of a British government which likes to distract voters with a culture war.

When Boris Johnson’s government struggles, its strategy is to change the subject. This summer, facing questions about its handling of the coronavirus pandemic, senior politicians spent weeks making comments about the lyrics to a British patriotic song called “Land of Hope and Glory,” which Conservative newspapers alleged the BBC was planning to remove from its traditional “Proms” concerts. This month, it has struggled to contain the winter waves of coronavirus and faced last-minute negotiations to avoid a catastrophic No Deal Brexit. No wonder Cabinet ministers prefer to talk about a Netflix show.
Yet the British government’s complaint raises valid questions. There are always conflicting narratives at stake when TV dramatizes recent history. What is the obligation to truth? Can a single TV show, even a documentary, ever capture it?
It is not just history that’s at stake in “The Crown.” It is the lives of human beings. 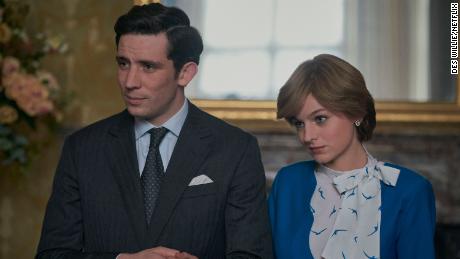 The show’s narrative will stick. And narratives, even if they make great stories, can be unfair. Some defenders of The Crown have responded to this row by pointing out that Shakespeare bent history when he wrote “Richard III” and depicted the king as the ultimate archvillain, and nonetheless created a sublime story about the nature of evil. Which is true — but he also committed one of history’s most effective smear campaigns. His version stuck. No one actually wants the “Richard III” treatment.
The fiercest fighting over “The Crown” in Britain is between political tribes selling two equally simplistic narratives. It is a battle between supporters of an old world — the heir to the throne, a Conservative government, a sexual double standard in which decent husbands can cheat and decent women cannot — and the supporters of a new world.
This new world is shaped by a #MeToo movement, which reclaims the stories of women hurt by men. It is a place where feeling and sentiment are placed above all else. (Diana was understood in Britain as a champion of emotional authenticity in a repressive royal family: Earl Spencer, her brother, promised at Diana’s funeral to ensure that her sons be “not simply immersed by duty and tradition but can sing openly as you planned.”)
This new world is led by a generation who make moral heroines of Instagram influencers. No wonder Millennials, burning for their version of social justice, are discovering Diana thanks to “The Crown.” They instinctively understand a woman who championed inclusivity enough to hug an AIDS victim on camera — but did so working all her best camera angles in full designer swag. 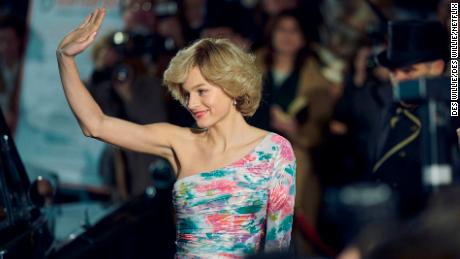 The brouhaha over “The Crown” is not all about Charles and Diana, although it might look that way from outside Britain. It’s well known in Conservative Party circles that many in the government are equally angry about the negative depiction of Margaret Thatcher, their former leader. They’ve every reason. As I wrote last week for The Telegraph, itself one of Britain’s most Conservative newspapers, “The Crown” seeks to belittle Thatcher at every turn.
In one of the season’s most wildly inaccurate episodes, “The Crown” depicts as almost simultaneous the temporary disappearance of Thatcher’s son Mark, on a driving adventure in January 1982, with her decision to send troops to the Falkland Islands (events that in real life were months apart)
Even leftists should be angry (and some are) at the old misogynist lies about women in politics at play here. Mothers will be too distracted by their children to govern nations properly, starting a war because they are worried about their offspring; national security will be destroyed if a Prime Minister has a womb. These are archaic excuses given to keep women out of government, and Netflix should be above recycling them.
The sexist depiction of Margaret Thatcher also lets a military dictatorship off the hook. In “The Crown,” the war kicks off by accident — a good excuse to blame Margaret Thatcher’s seemingly hysterical decisions — when an Argentine salvaging expedition arrives on a work trip and its staff have a bit of fun raising an Argentine flag, irritating the proud British locals. Although there was an earlier incident over a salvaging company, the war actually kicked off on April 2 with a military invasion sent by the Argentinian government to take Britain by surprise. In total from Britain and Argentina over the course of the war, 907 people were killed. You wouldn’t know it from “The Crown.” 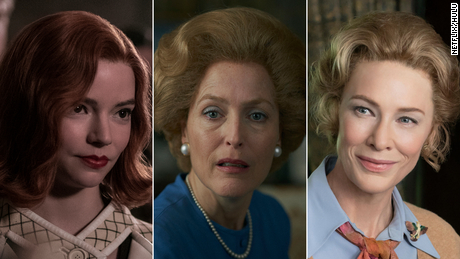 Nor would viewers learn that this Argentinian government was the same military junta notorious for the human rights abuses inflicted on its own citizens. (And which therefore sought to divert attention to foreign wars.) The men who sent an invading fleet to the Falklands Islands were not democratic representatives of the Argentine population. They were the same men who perpetrated the Dirty War, or the “Guerra Sucia.” Thirty thousand Argentinians were “disappeared” under their rule. Argentine soldiers have since testified that they were tortured by their own army for faults like leaving their trenches to look for food.
That said, few Argentinians will see the Falklands War in the same way as British politicians. Most Argentinians, whatever their views on the junta, believe passionately that Britain cannot justify sovereignty of the Islands, given their relative proximity to Argentina. Some consider Thatcher’s decision to sink the warship Belgrano a war crime.
The truth — like most historical truths — is that the more you learn about the Falklands War, the less morally simple it seems. 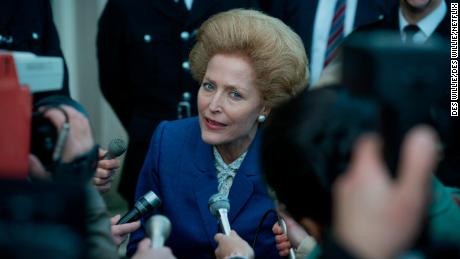 The same might be said of relationships. Prince Charles’ friends would argue that Netflix has done cruel harm to him as an individual. As I’ve written elsewhere, this argument would be more sympathetic if “friends” of the Prince of Wales hadn’t spent much of Diana’s lifetime, and many of the years following her death, peddling equally cruel and simplistic narratives about her. According to this version of events, the Prince was cruelly parted from the one woman he’d ever loved, Camilla, by the royal family, then forcibly married to a woman tainted by mental instability.
In one particular aspect, “The Crown” supports this narrative. Princess Anne, the show’s voice of common sense, tells the Queen that Diana has several lovers, but Charles has “just been with the one.” Since Camilla is now his wife, it’s hard to blame a man for loving his seeming soulmate, even while married to someone else. But Camilla was not the only woman to whom he was regularly linked. The other was Dale, Lady Tryon, whom Charles nicknamed “Kanga.” 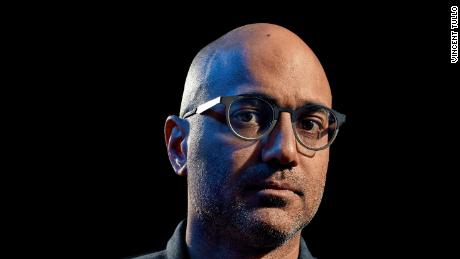 The year Diana and Charles were married, Nigel Dempster — one of British journalism’s legendary figures — reported that Diana had been approved as a bride by both Camilla and “Kanga.” As Vanity Fair’s Tina Brown would later allege, “They had met the blushing little Spencer girl and deduced she was not going to give them any trouble.'”
Charles’ “friends,” no doubt, would dismiss such reports as more nasty smears. And nasty smears they may be. But as claims, they predated Peter Morgan’s Netflix show by almost 40 years. “The Crown” shows a version of Charles vs. Diana that is not new. Furthermore, by portraying him as singularly devoted to the woman who later became his second wife, it is perhaps doing him a favor.
You don’t have to be a fan of Charles, however, to see how damaging the impact of “The Crown” must be to Princes William and Harry and their families. Not that life in the Royal Family isn’t damaging already. The scenes of Diana being “trained” in royal protocol by her pompous grandmother and a bullying Princess Margaret reminds one just how bizarre similar experiences must have been for Meghan Markle. It’s part of the deal that royal lives are not their own. In the New York Times, the outstanding British writer Tanya Gold recently defined the demand required of a British royal as “a willingness to be consumed.” Harry and Meghan, of course, have decided it was a price they were not prepared to pay. 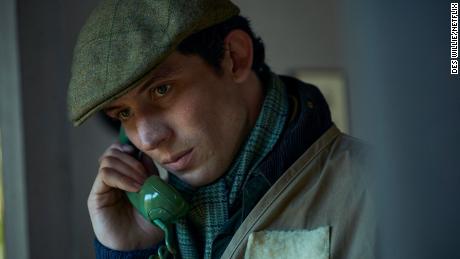 For Charles, who still waits to be king, it should be no novelty to experience the eyes of the world projecting their worst and best stories onto him. If he ever walks down the aisle of Westminster Abbey in Britain’s great glittering coronation, he will do so not as a man but as the embodiment of national myth, clad in the world’s most sparkling dressing-up costume. If he wanted to be human, and not a cultural symbol, perhaps he should have run years ago. Just like his son.
The British government’s “concerns” are clearly bogus. Official complaints to Netflix are political play acting. And if Charles wanted to “reclaim his own narrative,” a la Taylor Swift, perhaps he also should abandon any claim to be Britain’s next head of state. If Netflix were screening a drama in which he was a hero and Diana a villainess, I doubt the UK Culture Secretary would be complaining so much. That alone tells you where British power really lies.

All this should explain why so many British people get worked up when this show gets its history wrong. It’s not wrong to be concerned about historical truth, or about who gets to write the first draft of history. Especially when a global media giant is streaming melodramatic takes into to a captive, locked-down audience.

We’d all love the world to be better educated in critical thinking, or to have academic history read in every school. But realistically, simplistic narratives have always taken root in national histories. (Just look at how diametrically opposed Brits and Argentines are when they talk about the Falklands.) “The Crown” got more right than the British Establishment will admit. But we are all ill-served when TV dramas fan the flames of culture war rather than proffer historical nuance.
Source: Read Full Article