Home » Business » President Biden Wants to Pour Money Into Infrastructure. Should You?

President Biden Wants to Pour Money Into Infrastructure. Should You?

Crucial bridges are decaying. The electricity grid is straining. And climate change, as it worsens storms, floods and wildfires, is intensifying problems. The American Society of Civil Engineers gave the United States a C– in its latest infrastructure report card.

Help may be coming. President Biden has proposed $2 trillion in new infrastructure spending. A compromise between the president and Senate Republicans would provide about half that, though congressional Democrats are pushing for more.

No matter what happens in Washington, infrastructure challenges will endure, and the need will grow. That may create opportunities for such infrastructure stocks as electric utilities, builders of roads and bridges, and owners of railroads and cellular towers. And the mutual funds and exchange-traded funds that specialize in owning those outfits could benefit.

“There are so many tailwinds right now,” said Josh Duitz, manager of the Aberdeen Global Infrastructure Fund. “Two big ones are renewables and 5G.”

Renewable energy, such as wind and solar power, is needed to meet global climate goals; more cell towers are required for the rollout of fifth-generation — 5G — wireless networks.

If the U.S. government chips in more money, that should only help, Mr. Duitz said.

Of course, an investment opportunity, no matter how tantalizing, doesn’t guarantee gains. The market can rise and fall on wishes and worries; unanticipated woe — be it a financial crisis or a pandemic — can sap it.

“Stocks may be in the infrastructure industry or they may own infrastructure assets,” said Josh Charlson, a director of manager selection at Morningstar. “But the securities themselves are still publicly traded equities and are usually going to share in the trends of the broader markets.”

Aside from the recession induced by the coronavirus pandemic, trends for the sector have been favorable for much of the last decade. Infrastructure stocks have trailed the S&P 500 but put up positive returns while providing higher dividends.

The U.S. dollar-hedged version of the S&P Global Infrastructure Index had an average annual total return of 7.9 percent for the decade that ended June 30, while the S&P 500 returned a 14.8 percent annual average.

“Many infrastructure assets were disproportionately hurt” by the pandemic, said Jay L. Rosenberg, head of public real assets for Nuveen.

Mr. Rosenberg said auto traffic is bouncing back to prepandemic levels, but air travel might not recover for several years.

A growing number of funds invest in infrastructure stocks. Morningstar counts more than 30, up from fewer than 10 a little more than a decade ago.

They typically own shares of what Matt Landy, one of the portfolio managers of the Lazard Global Listed Infrastructure Portfolio, called “regulated monopolies providing essential services.”

“When you’re cooking dinner on a stove or sitting in your office using a computer or driving on a road, you’re using infrastructure,” he said. Pipelines providing natural gas, power lines transmitting electricity and roadways all count as infrastructure. 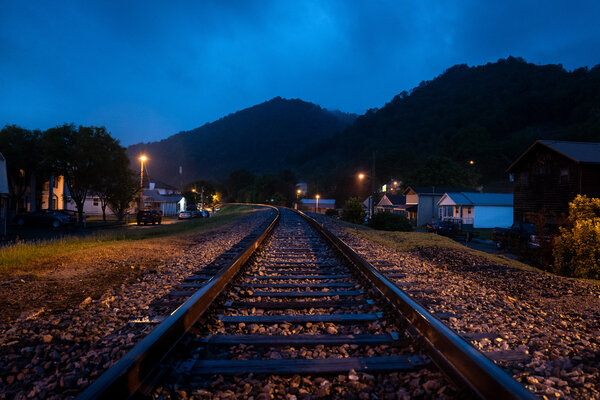 The 407 ETR, a turnpike skirting Toronto, for example, is operated by a Spanish public company named Ferrovial, a recent top holding of Mr. Landy’s fund.

Active funds offer the chance to beat the market or to match it with less jittery returns, while passive ones typically have lower expenses and track market indexes.

One allure of many infrastructure funds is income: In a world of measly interest rates, they often have healthy yields. The average infrastructure mutual fund tracked by Morningstar paid a 12-month yield of 1.7 percent on May 31, while the 10-year U.S. Treasury security was paying about 1.5 percent in early July.

Infrastructure investments are sometimes said to provide inflation protection — something salient with prices lately rising. Common forms of infrastructure income, like tolls and utility rates, often grow with inflation. “For a lot of these companies, their top line is tied to inflation, so they’re able to keep pricing in line with inflation,” said Pranay Kirpalani, manager of the Fidelity Infrastructure Fund.

Yet one analysis concluded that claims of inflation protection didn’t hold up.

Vanguard in 2018 studied the performance of infrastructure stocks over 28 years and found that they didn’t hedge inflation any better than the broader market or real estate investment trusts.

“If your primary objective is inflation protection, commodities might be a better option,” said Aidan Geysen, author of the report and a senior investment strategist at Vanguard.

A reputed benefit of infrastructure that did hold up was risk reduction. Mr. Geysen found that infrastructure stocks were less volatile than the overall market.

If you’re considering an infrastructure fund, be aware that infrastructure stocks and interest rates tend to move in opposite directions, he said. That may matter more in the months ahead: Rates will most likely rise if inflation endures.

“As rates fall, you can get a tailwind,” Mr. Geysen said. “But you wouldn’t expect that that tailwind would persist going forward. As rates normalize, they may well turn into a headwind.”

Another potential peril of an infrastructure bet is doubling down on risks you’ve already taken.

Infrastructure funds usually hold big slugs of utilities and industrial stocks. Those two sectors together account for nearly 80 percent of the S&P infrastructure index. You may already own plenty if you have a broadly diversified portfolio.

Perhaps the main risk of buying an infrastructure fund or E.T.F. is misunderstanding what you’re getting, said Barbara Weber, founding partner of B Capital Partners, an infrastructure investment consultancy in Zurich.

People often talk about infrastructure investing as if they could directly own a piece of a steady source of income like a toll road, she said. A more typical holding of a U.S.-focused fund or E.T.F. would be stock in a big public utility, like Duke Energy or the Southern Company, which run fossil fuel power plants and complex energy distribution networks.

“There you have full-blown market risk and operational risk. There’s nothing bad about that, but I wouldn’t call it safe,” she said.