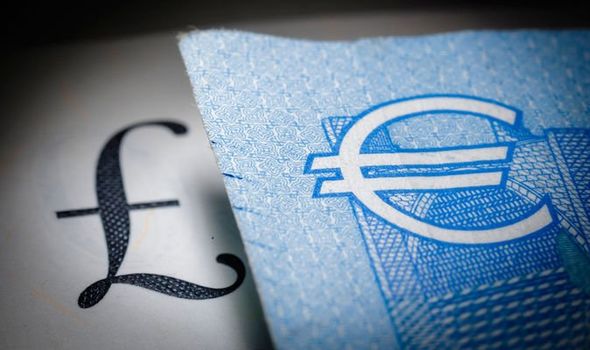 The pairing fell following last night’s parliamentary vote in which MPs, for the second time, turned down a series of alternatives to Prime Minister Theresa May’s Brexit deal. Sterling has weakened against the euro on heightened fears of a no-deal between the UK and the EU, as Mrs May engages in five-hour cabinet showdown today, with speculation running rife that she may call for a snap election. Michel Barnier, the European Commission’s Chief Brexit negotiator, said that any extension to the 12 April exit date would prove a “significant” risk to the EU, and added that “strong justification would be needed”. He also said that a no-deal Brexit was becoming “more likely by the day”.

Guy Verhofstadt, however, was more severe in his warning.

He tweeted: “The House of Commons again votes against all options. A hard Brexit becomes nearly inevitable.”

In UK economic news, today saw the release of the UK Markit Construction PMI figures for March, which slipped further into contraction at 49.7.

Duncan Brock, a Group Director at the Chartered Institute of Procurement and Supply, remained gloomy.

He said: “It is unlikely that next month will bring about any positive news given the challenges of a weaker UK economy, volatile pound and intense competition for new orders, as Brexit continues to cast a long shadow over the sector’s future.”

This was followed by news that the eurozone’s Purchasing Managers’ Index for manufacturing in March came in at a six-year low.

An IHS Markit report said: “The PMI has been on a broadly downward trajectory since reaching a series record high at the end of 2017.

“And, in March, weakness was primarily centered on the intermediate and investment goods sectors.”

Indications that the eurozone economy is slowing down have continued to weigh on the single currency today, and with uncertainty surrounding Brexit this has left many euro investors feeling nervous.

The pound euro exchange rate will remain driven by Brexit developments today, and if there are any signs of a snap election or a fourth vote on Mrs May’s withdrawal agreement, Sterling could recover on receding fears of a no-deal.

Pound LIVE: GBP Sterling flat against euro and US dollar as May LOSES CONTROL of Brexit

FTSE 100 down: Markets in the RED on global economy SLOWDOWN fears and US recession worry