Home » Business » Postcard From Peru: Why the Morality Plays Inside The Times Won’t Stop

Postcard From Peru: Why the Morality Plays Inside The Times Won’t Stop

In 2012, when The New York Times was panicked about its financial future, this newspaper went into the travel business. It began selling “Times Journeys,” on which an expert beat reporter would be your guide to Berlin or the Galápagos Islands.

The trips brought in some money, but were expensive to run and complicated to manage — particularly in the summer of 2019, after The Times began hosting teenagers. In Seoul, two were detained by the police at an arcade after they were accused of stealing, a Times spokeswoman said.

Nor were the reporters always ready for the confident, hothouse politics of elite American high school students. One reporter was chided by counselors on a trip to Israel for his tone in an exchange about the future of the oil industry.

And then there was the trip to Peru that summer. The parents of adventurous young meritocrats paid $5,490 (plus airfare) for two weeks studying “Public Health and Development in the Andes.” On that trip, the reporter, Donald G. McNeil Jr., got into a series of heated arguments with students, none of them Black, on the charged question of race. Their complaints would ultimately end his career as a high-profile public health reporter for The Times, and again put The Times at the center of the national argument over journalism and racism and labor. The comments were first reported in The Daily Beast and covered in The Washington Post, Vanity Fair, CNN, Slate, the New York Post and others. The exhaustive coverage led The New Republic last week to ask, “Can We Stop Obsessing Over Every Personnel Decision Made by The New York Times?”

The Times is an object of obsession because of its unusual, perhaps unhealthy, central place in American news, culture and politics. Its actions — and those of its internal factions — carry huge symbolic weight. That’s the thing that struck me most when I got here a year ago, and wrote that “because The Times now overshadows so much of the industry, the cultural and ideological battles that used to break out between news organizations now play out inside The Times.” The Times’s media ambitions have also intensified its status as a cultural lightning rod. It is no longer just a source of information. It seeks to be the voice whispering in your ear in the morning, the curriculum in your child’s history class and the instructions on caramelizing shallots for the pasta you’re making for dinner.

I assure you, there are interesting personnel dramas playing out at The Wall Street Journal and The Washington Post, but somehow they don’t explode as public morality plays, with emotional Twitter debates, social media cheering sections and dueling public letters.

But The Times’s singular status has left its leaders, in a period of high-profile firings and departures, vainly insisting that the exits reflect the normal, confidential and complex workings of human resources. Times leaders will still, for instance, tell you that they didn’t fire the opinion editor James Bennet because of the content of an Op-Ed calling for a military response to the summer’s unrest over racial justice. But they’ve found nobody wants to hear the more complex explanation.

I think it’s a sign that The Times’s unique position in American news may not be tenable. This intense attention, combined with a thriving digital subscription business that makes the company more beholden to the views of left-leaning subscribers, may yet push it into a narrower and more left-wing political lane as a kind of American version of The Guardian — the opposite of its stated, broader strategy.

One modest and early sign that The Times may be focusing a bit: A spokeswoman told me that it won’t restart the Journeys program next year. The Times may contain multitudes, but running a travel agency that drops ornery 65-year-old journalists into the literal jungle with a pack of sharp teens is a bridge too far.

What happened in Peru, too, was a kind of collision between the old Times and the next generation of its core audience, the educated globally minded elite. The student at the center of this story is Sophie Shepherd, who isn’t among the teenagers who have spoken anonymously to other news organizations. She and two other students said she was the person who spoke the most to Mr. McNeil and spent the most time with him on their “student journey.”

She was 17 at the time, and had just finished her senior year at Phillips Academy Andover, a boarding school sometimes rated America’s best. She’s the kind of teenager who is excited to talk to a New York Times correspondent about public health, and perhaps to put the adventure on a résumé. She had even done the optional reading Mr. McNeil suggested, Jared Diamond’s 1997 book, “Guns, Germs, and Steel,” a Pulitzer-winning history that argues that environmental and geographic factors produced the global domination of European civilization. The book has drawn criticism for a deterministic view that seems to absolve colonial powers of responsibility for their choices.

Ms. Shepherd said she noticed that Mr. McNeil was walking alone as they left their hostel on the first morning of the trip, so she caught up with him. She asked him, she recalled, about the criticism of the book.

“He got very defensive very quickly about it,” she recalled. “It’s just a book, it’s just making this point, it’s very simple, it’s not racist.”

She said she backed down, apologized and “felt terribly guilty — like I must have come off as a crazy liberal.”

At lunch that day, she said she sat down the table from Mr. McNeil at a cafe overlooking the town’s narrow streets, where he was talking to another student when he uttered the N-word, and used the word in the context of a discussion of racism. Some of the teenagers responded almost reflexively, she said, to object to his use of the word in any context.

“I’m very used to people — my grandparents or people’s parents — saying things they don’t mean that are insensitive,” another student, who was then 17 and is now attending an Ivy League college, told me. “You correct them, you tell them, ‘You’re not supposed to talk like that,’ and usually people are pretty apologetic and responsive to being corrected. And he was not.”

Ms. Shepherd said she thought the word was inappropriate but hardly the worst thing that happened on the trip, which she documented in a diary that she referred to in describing details to me. She also felt sorry for Mr. McNeil. “There was this atmosphere where people didn’t like him,” she said. “He was kind of a grumpy old guy.”

But Ms. Shepherd hadn’t really connected with the others on the trip either, so she kept seeking him out. A few nights later, after a hike up Machu Picchu, she sat with Mr. McNeil at dinner at El Albergue, one of several rather nice restaurants in the town of Ollantaytambo in the Andes.

On the walk over, she said, she talked about her favorite class at Andover, a history of American education that covered racial discrimination. He responded, she recalled, that “it’s frustrating, because Black Americans keep blaming the system, but racism is over, there’s nothing against them anymore — they can get out of the ghetto if they want to.”

Ms. Shepherd said she tried to argue, but he talked over her whenever she interjected, their voices getting louder and attracting the attention of other students, two of whom confirmed her account of the conversation.

“This is the thing with these liberal institutions like Andover — they teach you the world should be like this but that’s not how reality is,” she recalled him telling her. (I sent Mr. McNeil a full account of Ms. Shepherd’s recollections; he said he won’t be responding publicly until he has officially left The Times on March 1. “I’m sure we’ll have different memories of conversations that took place that long ago,” he said in an email.)

Those complaints could have been dismissed as the whining of entitled teenagers, or as an episode in the rolling national sitcom of aging baby boomers trying to reckon with fearless Zoomers. There’s obviously some truth to both.

But the complaints didn’t fall on deaf ears at The Times for a reason that also hasn’t come through clearly in the coverage — because they rang true. Mr. McNeil is known as a difficult character at the paper, a detail that is both irrelevant to the big ideological questions and important to understanding what had happened. A kind of Times-made man who was married for a time to a third-generation Times woman, he started at the newspaper in 1976. He had risen through the ranks from copy boy to become a night rewrite man, a theater columnist and a correspondent in Paris. 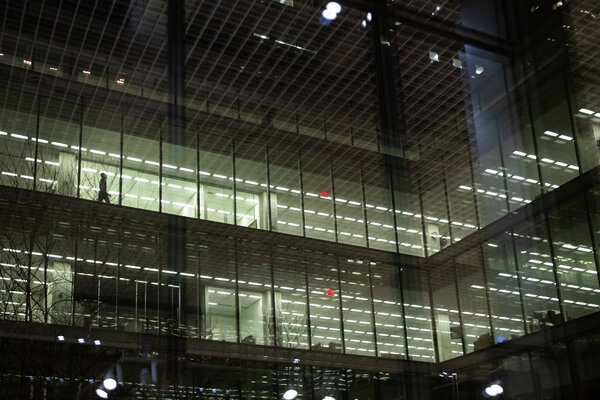 To some, he embodied the swagger of the mid-20th century Times man, whose very presence rendered a story news. He could be a generous colleague, and blunt honesty is welcome in a newsroom, but he also sometimes alienated his bosses and colleagues. He asked sharp questions of the former publisher, Arthur Sulzberger Jr., at the company’s annual staff meeting, and was a union activist who attacked management during brutal contract negotiations in the dark years of 2010 and 2011. He was a devoted, effective organizer, others in the News Guild recalled, but also drove his brothers and sisters in labor crazy with his imperiousness, and voted against the union’s 2016 contract, arguing that the union should have held out for more.

Let Us Help You Better Understand the Coronavirus 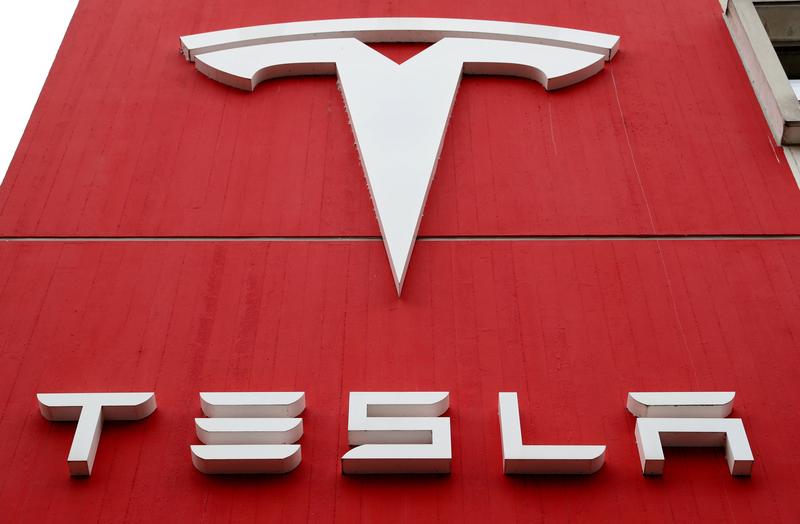 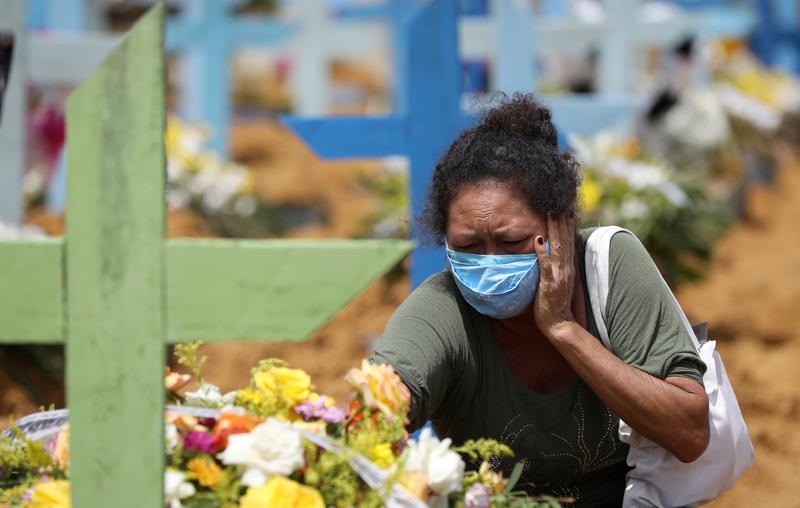