Future’s home retailing interests, including furniture and furnishings, are housed under Praxis Home Retail, which was created in FY18 when the group demerged the business from Future Retail. 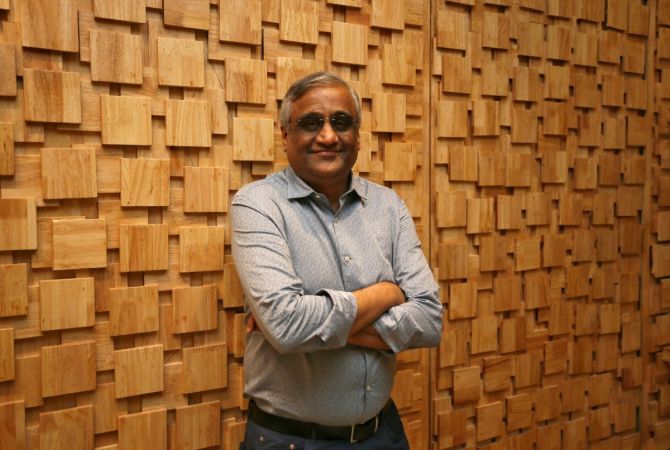 Future Group Founder Kishore Biyani has no plans to exit home retailing, the only retail business he is left with after selling his retail assets to Reliance Industries, say persons in the know.

“There are no plans to sell it. Home retailing will continue to run as an independent company owned by Biyani,” says a source.

Future’s home retailing interests, including furniture and furnishings, are housed under Praxis Home Retail, which was created in FY18 when the group demerged the business from Future Retail.

Both online and offline interests within home retailing were consolidated in Praxis, including HomeTown stores and online acquisition FabFurnish, bought in calendar year 2016 in an all-cash deal by the group.

FabFurnish was subsequently merged with the e-platform of HomeTown in an attempt to push a single brand both online and offline.

The move was also intended to seamlessly integrate e-commerce and bricks-and-mortar operations as part of a larger omni-channel play in home retailing.

While Praxis reported an 80 per cent rise in revenue to Rs 684 crore a year after the demerger (FY19), top line rose just 2 per cent in FY20, pointing to the growing competition from online players, including Pepperfry, Livspace and HomeLane.

Ankur Bisen, senior vice-president, Technopak, says that consumers, especially millennials and working professionals, are open to the idea of buying furniture online rather than depending on carpenters and neighbourhood furniture stores as their parents did.

Pepperfry, which started as a pure online marketplace in 2012, realises that consumers could not be categorised as solely online or offline consumers, and hence launched over 60 studios which today contribute to about 20 per cent of the company’s revenue.

Yet, some experts say that the pandemic has given a boost to online players, since travelling to stores has reduced considerably. The lockdown has also led to an unprecedented increase in demand for home-office furniture, they say.

According to Redseer, the Indian furniture market stands at $17 billion (or Rs 1.2 trillion) in size, with 15 per cent organised and the rest unorganised.

The organised market is growing at a CAGR of 15-17 per cent, Redseer says, ahead of the unorganised segment. Global furniture giants such as IKEA, which entered the Indian market in 2018, have also galvanised the organised market, say experts, aiming to reach 200 million customers by 2021, using a combination of online and offline operations.

Livspace, which has raised $90 million (Rs 660 crore) in a round led by Kharis Capital and Venturi Partners, says a majority of its design consultations and new bookings have moved online.

“In fact, 70 per cent of our bookings in this period (of the pandemic) have been done remotely. We accelerated feature launches on our platform in order to support a completely remote workflow for designers and a delightful remote experience for homeowners that included video consultations and online design sessions,” says Anuj Srivastava, chief executive officer (CEO) and co-founder, Livspace.

For home interior design player Design Cafe, customers are inclined towards completing 30-40 per cent of the process virtually after Covid-19. “Though adopting the online first approach has been challenging, given the technical difficulties faced, it has created great time utility for both the customers and us.

“We have made 3D walkthroughs accessible to new customers which help in recreating the store experience,” says Shezan Bhojani, CEO & co-founder of the company.