Shortly before Walt Disney World closed tonight, guests began posting photos and video of what seemed to be a new water attraction: a lazy river running down Hollywood Boulevard at the resort’s Hollywood Studios park.

The source of the cataract was a downpour that hit the area hard, sending guests in shorts and t shirts sloshing through the shin-deep water rolling down the street.

While it might seem an annoyance, most guests in the videos seemed to be having fun.

“This was me approx. an hour ago… not shown is a person doing push-ups in the rainy street and someone body sliding into the puddle,” wrote Kelly Kachowski above video posted to Twitter wherein she’s seen prancing and laughing through the water.

Deadline reached out to Walt Disney World and will add a statement when it is received. 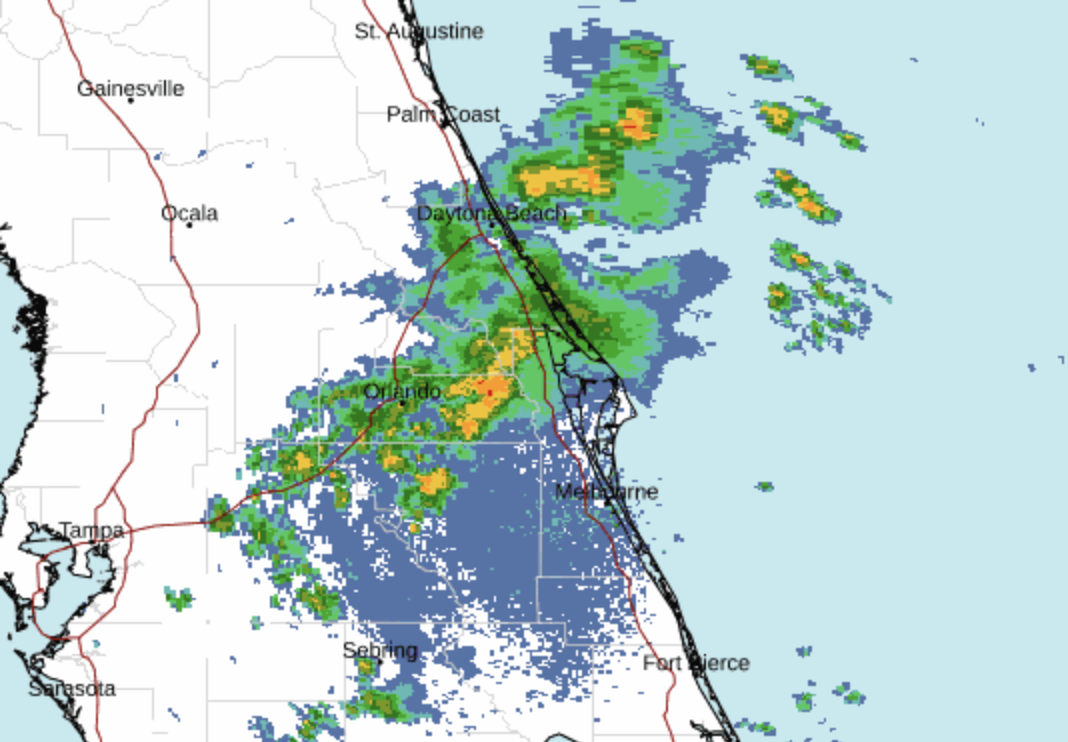