Nadya Okamoto has been encouraging women to talk about their periods for at least seven or eight years.

“Periods are not these shameful things that we should not be thinking about,” Okamoto told WWD over the phone. She talks excitedly and rapidly without pause, often repeating herself for emphasis. “Periods make human life possible and we need to make better period care that’s better for our bodies and better for the environment and better for the earth.”

“In a space where brands are continuing to play it safe, August is channeling their personal experiences to create a bold brand, unique products and period positive conversations,” said Sali Christeson, founder and chief executive officer of Argent, an e-commerce site for professional women’s workwear that also offers styling tips, and another investor.

Of course, disruption in the feminine hygiene industry isn’t entirely new. Thinx has been offering period underwear — underwear that you can bleed right into — for more than a decade. There’s also Knix, Ruby Love and Karla Welch’s The Period Company, all of which sell reusable period underwear or reusable pads. Direct-to-consumer period brand Saalt recently became available at Neiman Marcus. Thinx and Adidas both launched period activewear this year. 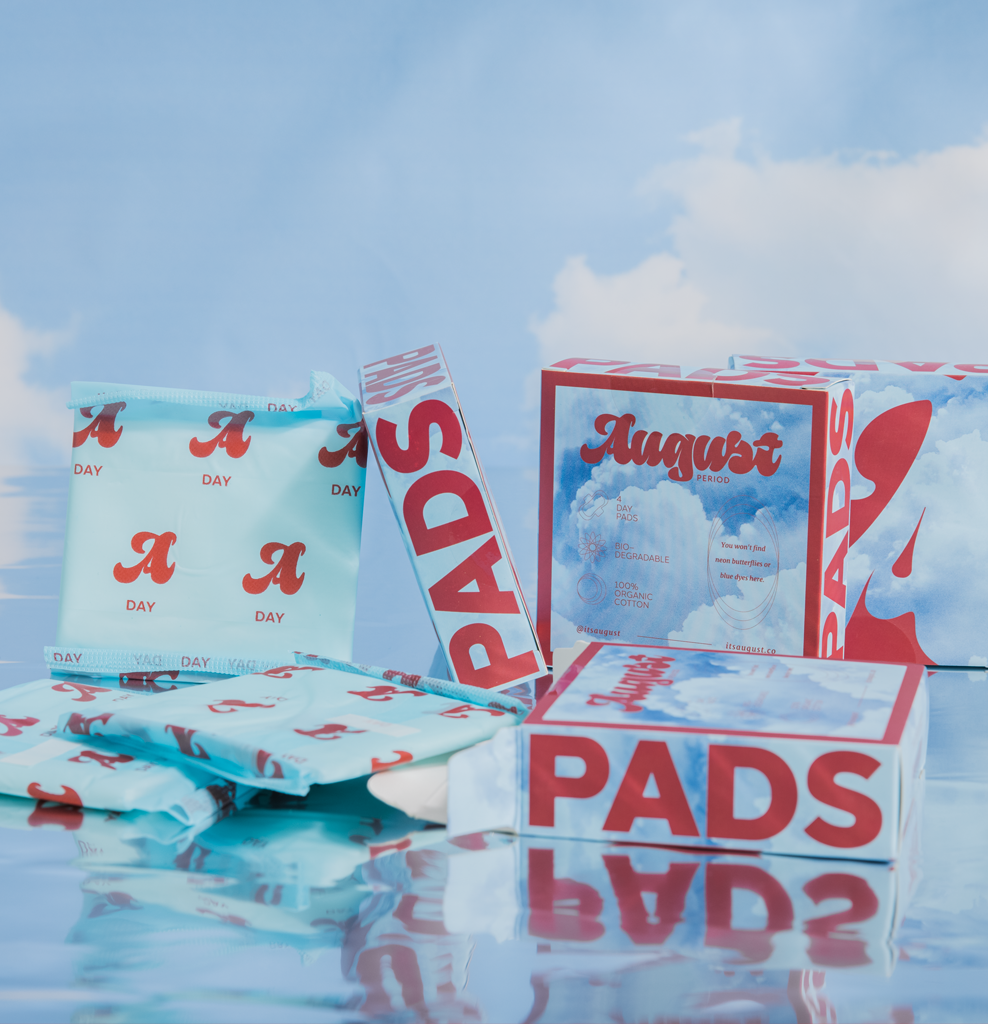 August sells sanitary products, such as tampons, pads and liners, by way of a subscription model. Courtesy Photo

Okamoto said what makes August different is that it offers sanitary products — tampons, pads and liners — that can be thrown away, by way of a subscription model.

“Literally like 90 percent of the people we talked to who were in our Gen Z demographic used tampons and pads,” she explained. “So we were, like, how do we take this product that people are using and make it more sustainable?”

To start with, August’s pads don’t contain plastic, are made from 100 percent organic cotton and are biodegradable within 12 months. The brand is also carbon neutral throughout its supply chain and donates a portion of each sale to initiatives that oppose the so-called “Tampon Tax,” or tax on period products in certain states across the nation. In addition, shoppers can ask all of their otherwise embarrassing menstrual questions in the “Ask August” section on Itsaugust.co and track how products were made.

“So it’s hyper traceable and transparent,” Okamoto said. “I wanted to create a brand that actually does stand for this culture shift.” 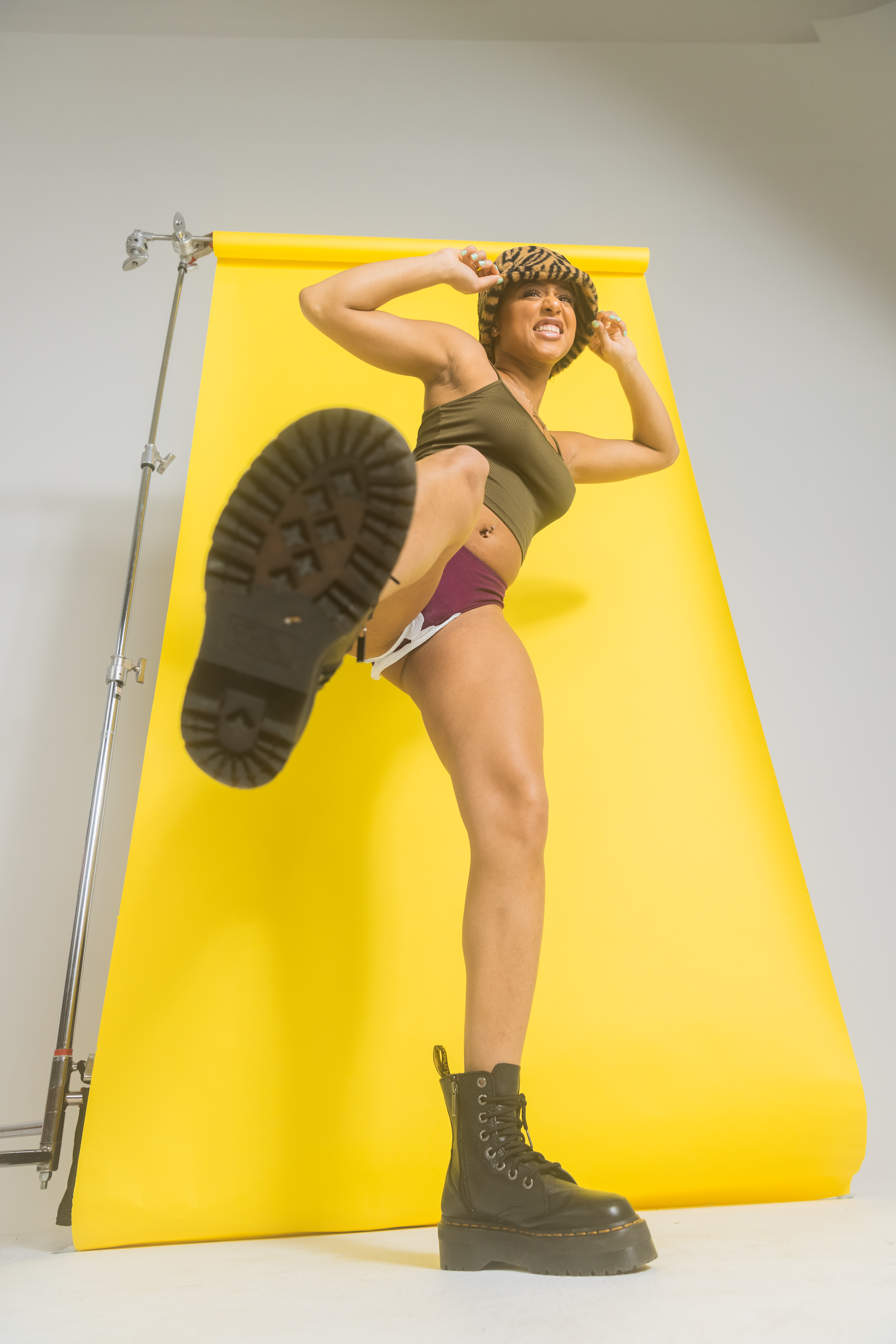 Okamoto’s first order of business was to include actual period blood in the brand’s launch video.

“That, unfortunately, meant we could not put money behind it on Facebook, because it’s considered violent and graphic content,” she said. “But for me, I was, like, we need to stop this, stop companies actually partaking in perpetuating these stigmas around periods.

“If you look at how period products have been sold over the last century, it’s been around, buy our products to hide your period, or forget you have a period, using blue liquid because actual periods are too gross to show,” Okamoto continued. “Even still in some cases we don’t feel comfortable saying the word ‘period.’ The idea [behind August is] of making periods more of this talked about experience.”

This is exactly why Hannah Grey, which led the fundraising round, said it wanted to invest in August.

“Nadya and Nick have strong opinions around the brand tone and the type of products they are architecting, with sustainability, scalable impact and accountability being top priorities,” said Kate Shillo Beardsley, one of the founding partners at the venture capital firm. “August is well positioned to support the needs and desires of Gen Z in a way that traditional period care products have not.”

Emmerich said one of the reasons she was drawn to August and decided to invest in the company is because it’s not just trying to reach young people — it’s run by young people, too.

“There’s nothing like it in the market,” she said. “Opportunity for August in the market is wide open. There have only been a few new brands aimed toward younger women, but none have been built by a younger inclusive community with their own generation in mind.”

In fact, Okamoto and Jain, who are 23 and 22, respectively, said August’s youngest team member is 13. “A lot of brands can talk about reaching young people and trying to relate. But we are that community,” Okamoto said. “I think that really makes a difference. Our whole idea is that we can co-create products with them.” 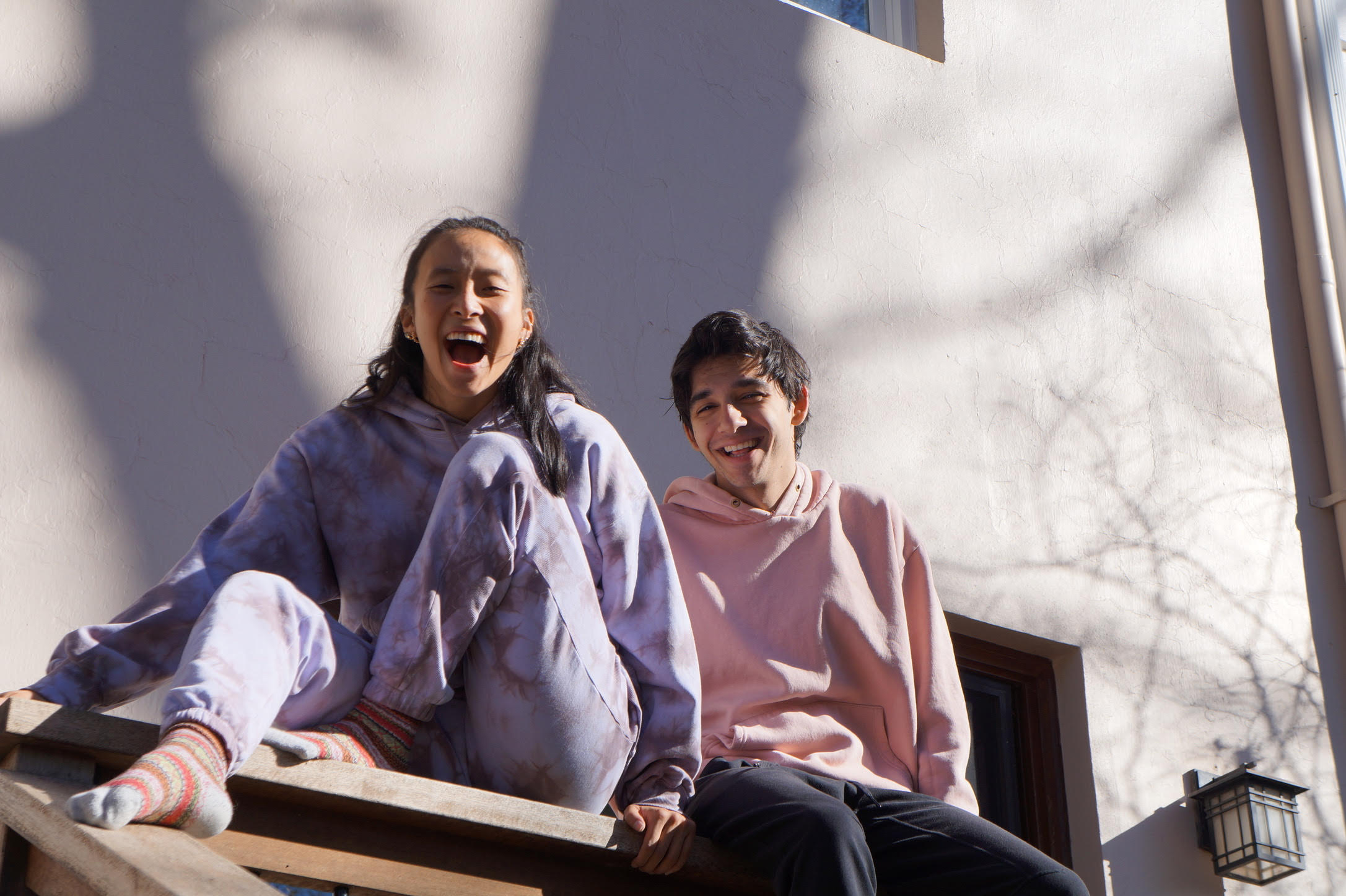 She’s quick to add, however, that August is for everyone, including nonbinary individuals and trans men. That helps explain the diversity of both the community and investors.

“Supporting and investing in August, Nadya and Nick, was an absolute no-brainer,” said Michelle Cordeiro Grant, founder of innerwear brand Lively and one of August’s angel investors. “I firmly believe in the power of community and brand above all else when creating a strong and long lasting consumer business, one that not only has an incredible product, but also brings people, conversations and education to the forefront of the brand. Nadya and Nick are doing just this.”

August subscription prices range from $10 to $12 a box, depending on how often shoppers make a purchase. Okamoto said at present there are no plans to move into the period apparel space. Although there are some August hoodies available on the website.

“But we do very much have plans to have an efficient product development roadmap where we can be innovating on period care in general,” she said. “So we’re having conversations on how do you actually innovate on period care?

“Brands have the resources and the responsibility to devote themselves to making an impact with better product,” she added. “And I think period products have played a very succinct role in shaping the period stigma. I think that the terrifying part of starting a company is that everything I’m telling you I believe wholeheartedly. But it’s also a thing that we’re trying to prove out.”