If the trend persists, it may move the needle on overall car penetration ratio. 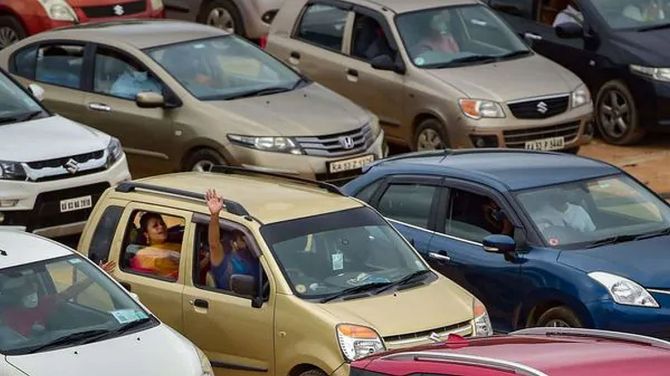 If the trend persists, it may move the needle on the overall car penetration ratio.

India’s car penetration ratio is 32 per 1,000 people – one of the lowest, compared to mature car markets like the US and Europe.

What could dissuade a new buyer could be the persistent price hikes due to cost inflation and supply-related issues, said analysts.

A strong preference for personal mobility – fallout of the pandemic – prompted buyers, who otherwise relied on shared mobility and public transport in the pre-Covid years, to buy their own vehicle.

Amid economic distress, job losses, and salary cuts, owners also held on to their existing vehicles, leading to a drop in the share of sales that came from the replacement segment for most companies.

New buyers are those who have experienced but never owned cars or SUVs.

The pandemic upended lives and livelihoods, but lack of public transportation and the risk of infection also added heft to the demand recovery.

Even as customers were unsure about their future economic condition, owning a car became a necessity for some.

“With the impact of Covid on the wane, this year could be different,” says Shashank Srivastava, executive director-sales and marketing, MSIL.

If anything, the share of first-timers is showing a declining trend – coming down further to 27.1 in the current year.

“This is because of the company’s latest model mix gravitating towards premium products,” says Tarun Garg, director (sales and marketing,) HMIL.

Interestingly, the South Korean carmaker has seen the share of millennial buyers jump to 40 per cent in the current calendar year, from 32 per cent in 2019.

Many first-timers are jumping straight to the premium hatchbacks, says Garg, pointing out that the multiple model launches by HMIL in the past 18 months is attracting younger buyers.

The average age of Hyundai buyers has dropped to less than 40 years now, from 44 in 2017, says Garg.

Tata Motors, which emerged as the third largest player in the PV market in FY21 has also seen new buyers coming into its fold and their share increasing to 55-60 per cent in FY21, from 45-50 per cent in FY20.

“There is an additional 2 per cent increase that we have seen this financial year,” says Shailesh Chandra, president, passenger vehicle business unit at Tata Motors.

The trend is set to gather momentum in the months ahead.

“The only, spoiler however, could be supply-side issues and the inflationary trend which will lead to frequent price hikes and may prompt first-timers to defer purchase,” says Gupta.

Tata Motors, too, has seen a decline in replacement buyers. “People are holding on to their old car. Some are also buying additional cars for other family members,” says Chandra.

“This is evident from the drop we have seen in exchange sales or replacement car buyers, from 35-40 per cent in FY20 to 18-20 per cent in the current year,” he says.

This, he adds, may also be causing less availability of used cars in the market, which, in turn, is increasing the share of first-time new buyers.