LONDON (Reuters) – Oil rose towards $77 a barrel on Wednesday after hitting a two-month low as the focus returned to looming U.S. sanctions on oil exporter Iran, although concern about a weaker demand outlook weighed. 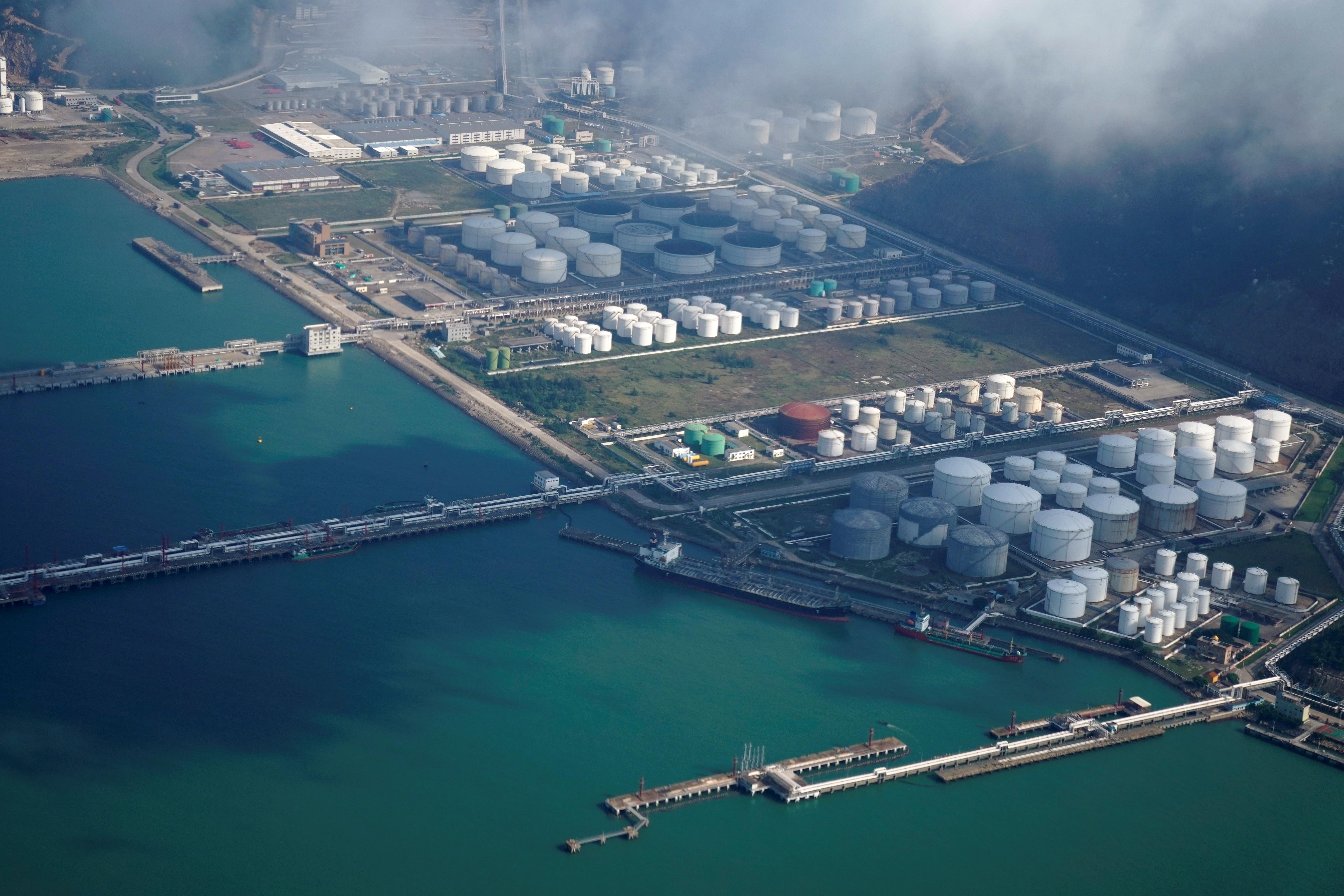 In a sign Iranian exports will drop further once the sanctions take effect on Nov. 4, two people with direct knowledge of the matter said two Chinese state-owned refiners were not planning to load Iranian oil for November.

“While in the near-term prices are at risk from any further supply disruption, oil should trend lower heading into 2019 as slowing emerging market demand growth and the shale boom restore the oil market’s supply cushion,” said Norbert Ruecker, head of macro and commodity research at Swiss bank Julius Baer.

Crude fell sharply on Tuesday, with Brent closing down 4.3 percent on growing concern about a weaker outlook for economic growth and demand, and easing supply worries.

“With geopolitical risk factors raising concerns over global instability and other external uncertainties risking demand for oil to take a hit, it would not be a surprise if WTI and Brent Crude hold onto their recent losses,” said Lukman Otunuga, an analyst at futures brokerage FXTM.

Industry group the American Petroleum Institute said on Tuesday U.S. crude stocks had risen by 9.9 million barrels – more than forecast. The U.S. government’s supply report is due at 1430 GMT.

A sell-off in equities due to concern about the economic outlook weighed on crude on Tuesday and world stocks remained under pressure on Wednesday.

Forecasters such as the International Energy Agency already expect slower oil-demand growth for 2019 due to a weaker economy.

While U.S. sanctions on Iran are expected to tighten supplies, other producers, notably top exporter Saudi Arabia, are willing to increase supply further if needed.

Saudi Energy Minister Khalid al-Falih said on Tuesday that Saudi Arabia would step up to “meet any demand that materialises to ensure customers are satisfied”.

Some analysts say nonetheless that prices could rebound before the end of the year.

Oil pares gains in volatile trade ahead of OPEC meet

Oil edges up on Saudi output cut and Iran sanctions