New Lionsgate Studios In Yonkers Sets January Opening; ‘Run The World’ For Starz Its First Show To Film There

Lionsgate Studios in Yonkers is set to cut the ribbon formally next month on a project announced in 2019 and delayed by Covid that, when finished, will be one of the largest modern-built production campuses in the Northeast. It’s not technically in New York City but only a half hour away and, along with planned expansions by other developers, will help ease the metro area’s ongoing soundstage crunch in a global boom of content production.

The project was conceived and built by Robert Halmi’s Great Point Studios, which owns and will manage the sprawling campus that could eventually house about a dozen sound stages. Lionsgate Entertainment has naming rights as anchor tenant and is renting all three of the ‘Phase One’ stages plus 100,000 square feet of office and support space on a long term lease. Lionsgate Television’s Run The World, produced for Starz, will be its first show filming there.

One tenant is Syracuse University’s S.I. Newhouse School Of Public Communications, which will host juniors and seniors with coursework and hands-on learning targeting a start in spring semester of 2022. Talks are ongoing to bring  a major European content company on site as well. Lionsgate Studios’ grand opening is tentatively scheduled for Jan. 11. 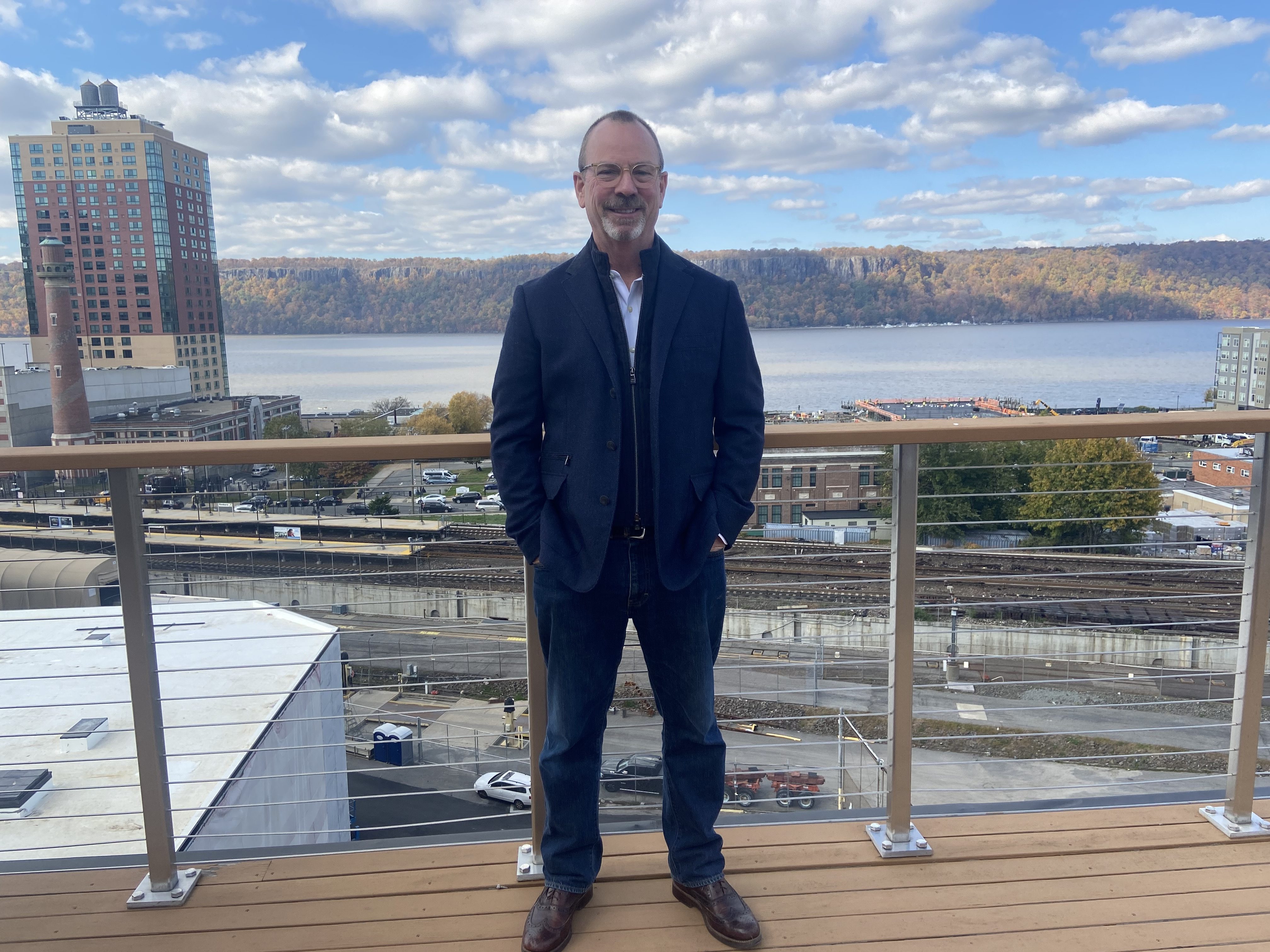 The unveiling was initially planned for fall of 2020 but Covid hit and nascent construction abruptly shut down. Halmi told Deadline the pause allowed his team to rethink security, traffic flow and other design elements to make the site as safe, practical and comfortable as possible given the pandemic-infused state of work today and for the foreseeable future.

“We had time to reconfigure things,” the Hallmark Channel founder and Lonesome Dove producer said during a tour of the site in mid-November, before the giant Lionsgate sign was painted and wires and scaffolding had free rein. The work moves fast. The photo at left shows Halmi on what looks like a roof terrace that’s now enclosed and is the studio’s first commissary with, like much of the complex, striking river views.

Some of the shifts he refers too include a renewed focus on dedicated elevator banks, dressing rooms equipped with showers and small private dining areas for key cast. Advanced recognition and tracking can, if needed, identify individuals on site and trace their contacts. Carefully designed walkways and traffic flow expedites movement around the the complex. “Its organized in flow, so everyone goes in one way and out the other.”

The campus is meant to be full service from pre and post-production space, writers rooms, screening rooms, art departments, props and equipment rental. lighting, catering, cleaning, security and studio management overlaid by a 24/7 concierge service that can help with travel plans to childcare. There will ultimately be parking for 750 cars and 100 trucks. Also some 2.4 megawatts of solar power and a acre of green space where food for the two commissaries will be grown.

Lionsgate Studios’ soundproof walls sits practically astride a train station, Metro North and Amtrak. Train is 25 minutes from NYC, drive time about 35 mins. Halmi said one crucial stat is the studio’s 14-mile run from Columbus Circle — a key distance locator for union staff. Beyond 32 miles from Columbus Circle, union workers can apparently bill from when they leave home.

The initial investment in the project is $500 million for over 14.5 acres, and it keeps expanding. Much is new building and overbuilding of existing spaces at the site including the historic headquarters of Otis Elevators since early in the last century and a large outpost of Kawasaki, which built railroad cars on the site.

The project has had enthusiastic support from Yonkers Mayor Mike Spano, who has called it a “game-changer” for the city. 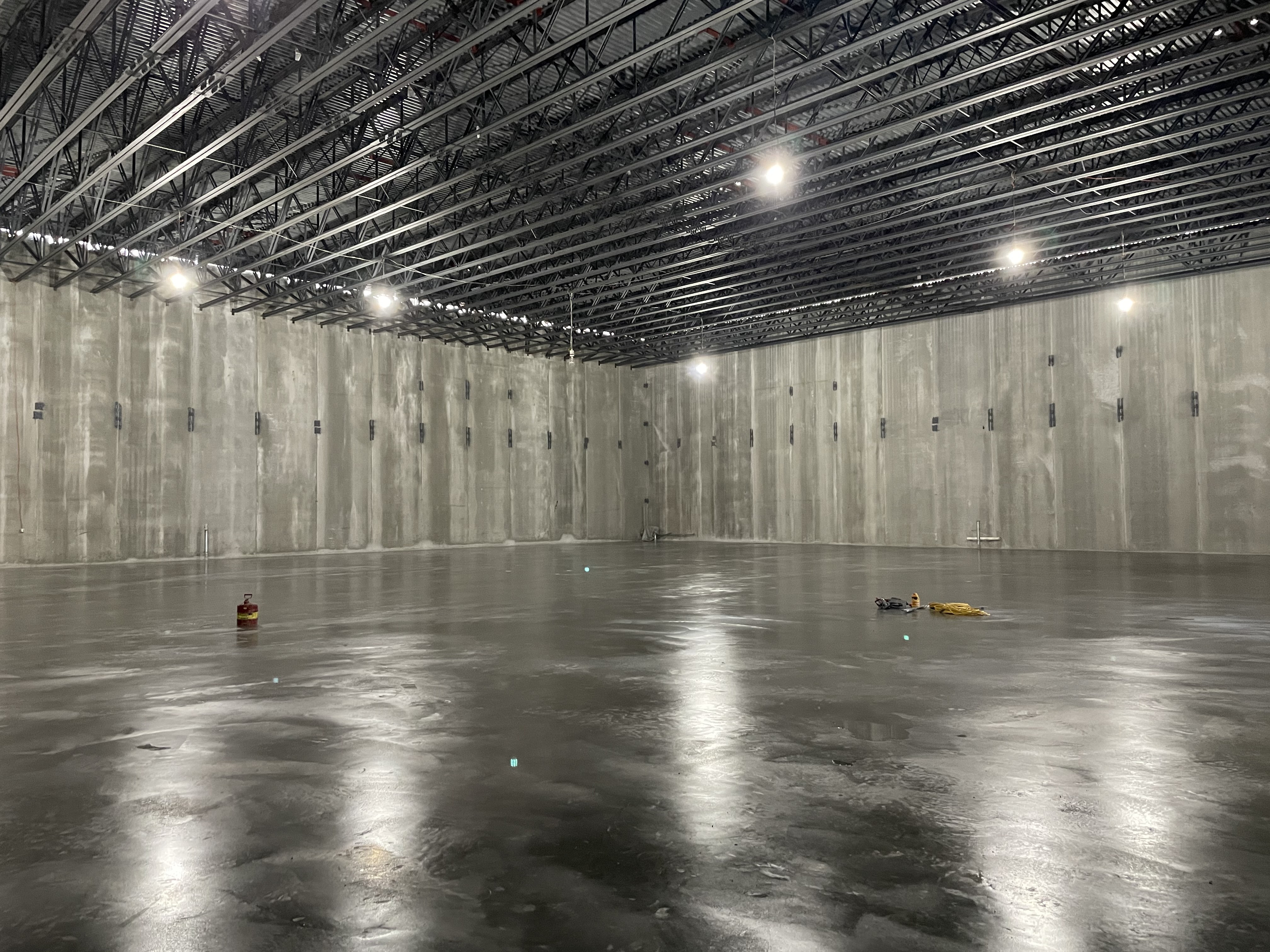 It’s a centerpiece in accelerating and grounding the ongoing, ten-year rejuvenation of the waterfront district. Spano created Yonkers’ first Film Office, according to which the city hosted, at most, five production days back in 2012. That’s surged. Permits are free, City Hall, the historic train station, streetscapes and the Hudson River attract location shoots, including scenes from from Billions, City on a Hill and The Irishman. But dubbing itself the ‘Burbank of New York City’ was tough with just one soundstage.

Halmi’s Great Point Studios is an offshoot of Great Point Capital Management, which he founded in 2013 with Jim Reeve. That U.K.-based firm is a leading fund manager, film and television financier and investor in early stage creative businesses. Halmi partnered in the studios venture with longtime media and entertainment banker Faime Zeko.

“Between us, we knew everyone and had strong relationships with Lionsgate,” Zeko said.

There’s been a mad dash to build and buy soundstages and studios as the rise of streamers led to a booming demand for limited production space even before Covid. With the pandemic, producers increasingly prefer to work on self-sufficient soundstages, spaces that can be more easily controlled. Emmy Award and Golden Globe winning Halmi, who started producing in the 1980s and has more than 250 credits to his name, says years of experience in the business give him particular insight as a developer.

Great Point is developing a smaller studio complex in Buffalo and others to be announced. In Oct. of 2020, it took over lease and management of the large Seren Stiwdios complex near Cardiff, two hours from London, from the Welsh Government. It plans to expand site, updating existing studio space and adding 150,000 square feet of stages, offices, backlots and integrated services.

‘Spider-Man: No Way Home’ Review: The Most Exciting, Surprising, Emotional Spidey Of Them All