NBCUniversal CEO Jeff Shell believes the streaming explosion has only just begun, and he “loves” the tightening of movie release windows to create more efficiencies and better options for consumers.

Moderator Doug Mitchelson, a media analyst with Credit Suisse, wondered if a pullback in content production or spending is warranted given the bumps being experienced across the streaming sector.

“This is the big debate: Are we at peak content? I, for one, am not a big believer that we’ve hit peak content,” Shell said. “I think lots of viewers like lots of different things. I think things will continue to fragment. And the reality is that as long as you’re selling total audience and can make a margin on your content, I don’t think we’re remotely close to peak content in the industry.”

The main priority, he continued, is “finding the right distribution strategy for a piece of content that maximizes its chance to be a hit. For something to be a hit, whether it’s a movie or a TV show, it not only has to be great, it not only has to be marketed well. But it has to have the right distribution platform so that people can find it and discover it and watch it.”

Comcast has recently signaled a new emphasis on Peacock Premium after focusing on the free, ad-supported tier of the service in the early going. Spending on Peacock programming will double in 2022 to around $3 billion, the parent company estimates.

While owning the content streaming on Peacock is an important objective, “ironically, we’re selling more to third parties than we ever have,” Shell said. The company’s “willingness to sell content to third parties” comes with the expectation that those deals will enable shows to migrate back to Peacock down the road and augment its library. One prominent example, he said, is Hacks, whose second season premiered this year on HBO Max. “We didn’t feel it was right for our platform given that it really belonged in a premium rather than an ad-supported platform,” Shell explained.

Asked by Mitchelson about viewer habit on Peacock, Shell described news as “an unsung hero on our platform.” One of the free, ad-supported offerings streaming 24-7 is NBC News Now. “People are watching a lot more news,” Shell said. “They’re not coming for news. News is not a big subscription driver on Peacock. But the strength of NBC News, when you just watched an episode of Bel-Air and you’re on the platform and we hit you with a promo for ‘get the latest on the Johnny Depp-Amber Heard trial’ that gets you to the rabbit hole of NBC News. A lot of people are enjoying that.”

As for Universal Pictures and the overall theatrical business, Shell said he long believed it was “anti-consumer” as far as release windows in the years leading up to the pandemic.

“I love what’s happened over the last couple of years,” he said. “The whole business has reached a new water-level.” There has been a  broader realization of the value of films to streaming services (which Shell said was exemplified by WarnerMedia’s decision to put the entire 2021 Warner Bros slate on HBO Max at the same time it hit theaters). And apart from day-and-date, there has been more willingness to try to budge the long-immovable boundaries of traditional release patterns. “It took a little shrapnel to do that, but we got to a different place,” Shell said, likely a nod to the blowback Universal took from its decision to put Trolls: World Tour on premium video on demand instead of theaters in as Covid devastated movie theaters in 2020.

As to whether a consensus on the best release approach has developed, Shell said, “I don’t think it’s settled into any one particular pattern yet.” He cited Doctor Strange in the Multiverse of Madness, which is closing in on $1 billion in global box office but will start streaming on Disney+ at no extra charge for subscribers on June 22 — just 47 days after its theatrical bow. “That was unheard-of three years ago,” Shell marveled. “Disney was the one saying, ‘We’re never changing the windows,’ right?”

As far as Universal’s progress, he said, “there has been a significant increase of what we’re making in the home entertainment window, particularly driven by PVOD.” In the future, he continued, releases will be “more bespoke by studio and by movie. Older, adult movies, which will have a harder time getting box office, might go sooner into on-demand platforms and big family movies that have this PVOD potential may take a while to get onto streaming platforms. … It’s going to ebb and flow a lot over the next couple of years until we find the right economic equation, and that’s going to be different in each market.”

“Back To Basics” For Netflix’s Bela Bajaria As She Questions, “Are We The Underdog Now?” 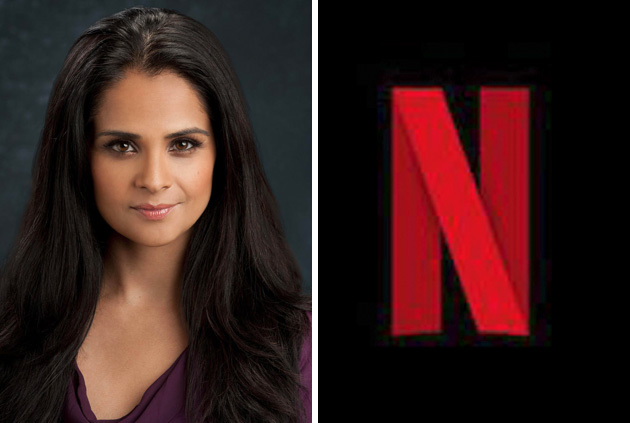