The government is to streamline HGV driver testing in an attempt to prevent a supply chain crisis at Christmas.

Changes to the testing regime are expected to be announced in the coming days, perhaps as soon as Thursday, amid dire warnings from the industry about the impact of ongoing shortages.

Sources with knowledge of talks between the industry and government said ministers were “deeply worried about Christmas”, and several measures are likely to be announced by Transport Secretary Grant Shapps to try and speed up recruitment.

This could include streamlining the qualifications required to drive class C large rigid lorries and class E articulated heavy goods vehicles. Currently, drivers have to wait several weeks between the two tests but that may be ditched.

Insiders said changes to testing may make a small difference to recruitment but at best might provide around 300 new drivers a week. They warned however that new, inexperienced drivers are unlikely to be put straight on the road with valuable loads, and could face prohibitive insurance costs.

The UK economy’s reliance on road haulage means sectors across the economy have been affected, from supermarkets and restaurants that have reported food shortages, to public health, with delays to deliveries of flu vaccinations and the water purification chemicals required to process sewage. 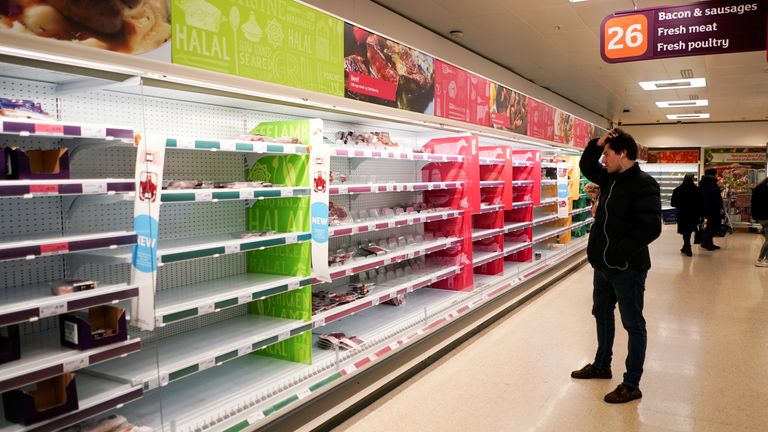 Business groups have been pressing the government to grant short-term visas to allow EU drivers prevented from working in the UK since the turn of the year to return.

Hauliers, supermarkets and the CBI agree that allowing European drivers to return is the only way to deal with the short-term crunch caused by the build-up to Christmas.

The industry is already struggling to meet the demand for trucks that will only grow as retailers begin stocking for the busiest period of the year and schools go back full-time, further pressurising food supply chains.

Resetting immigration rules was a key government argument for Brexit and any decision to extend the shortage occupation list eligible for visas would require the approval of Home Secretary Priti Patel.