Zippy and comfortable, the Mini Convertible is a perfect car for short jaunts, but this isn’t the ride you’d choose to take your entire family to the airport or pick for a long family excursion, says Pavan Lall. Before Volkswagen decided to pull the plug on its cute-as-a-button Beetle, which had earned it accolades for decades, the Mini Cooper and its various models had serious competition in the segment that can be described as “small cars with character”.

You could even count the Fiat 500 or the Cinquecento as a frontrunner in this category, but that’s been pulled from the market as well.

The net result is that the Mini has been mopping up the market in a country where it has little or no competition in the category that it plays in. 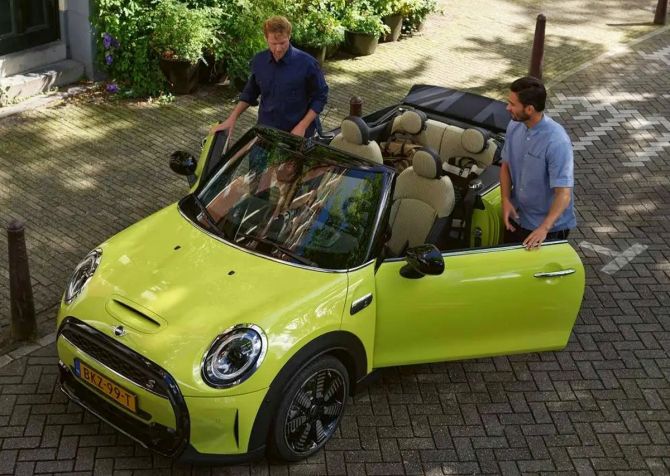 While the brand has been owned by the BMW Group since 2000, its legacy hearkens back to the fifties when it was a British company and stood for an automotive product that offered motoring joy, unique design, and free and spirited driving for the enthusiast. And it did all that without costing an arm and a leg, and was in many ways the UK’s version of the “people’s car”.

These include the John Cooper Works model, the Mini Countryman, the Mini 3-Door and the more recent version that I drove, the Mini Convertible.

It was a bright, cheerful lime green, although it’s officially called “Zesty Yellow”. 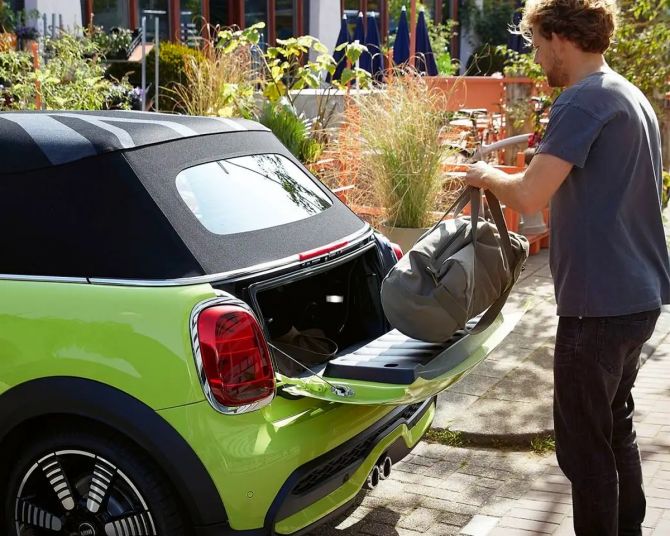 One look at it and you can’t help but feel instantly cheerful.

Eye-catching and with the typical build, which means fit and finish of a German-built car, the 192-bhp four-seater is tricked out with all the premium touches that accompany every Mini model.

These include plush leather and suede interiors, trendy, high-quality buttons and switches for lights, and firm, high-density foam in its seating. 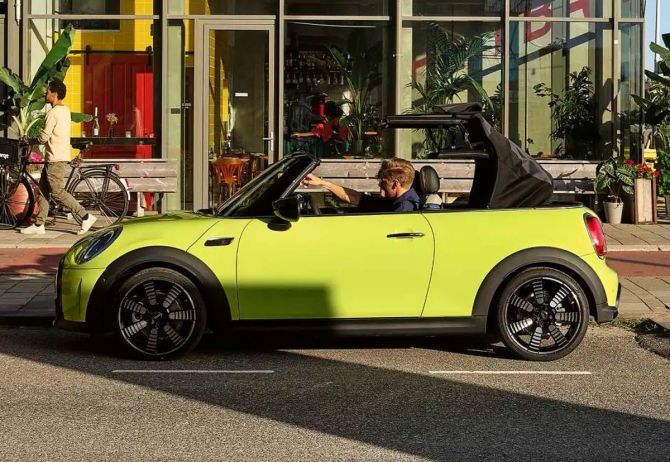 These are the small but key design touches in cars that are designed in Europe, and they propel them into a league beyond most other vehicles.

Inside the refreshed convertible, the gearshift feels like a joystick on a go-kart, which the car feels like as it handles corners and gullies like a champ, moving in and out of traffic-laden bylanes without a flicker of doubt.

Smart colours on the inside complement the driver interface, which is now touchscreen.

The electric drop top function, while smooth and painless to operate, is a feature that may be used very sparingly given extended monsoons, the air quality index in metro cities and, of course, privacy. 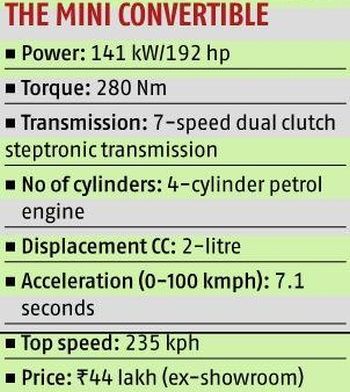 Zippy and comfortable, the Mini Convertible is a perfect car for short jaunts, but this isn’t the ride you’d choose to take your entire family to the airport or pick for a long family excursion.

The front is spacious but the rear is a little tight, especially for those built big.

Given that this is a complete built up (CBU) import, the entire concept of it being a vehicle that serves as a leveller in society by being affordable becomes redundant.

Its sticker price of over Rs 40 lakh makes this a car that is firmly in premium luxury territory.

That being said, its chunky steering wheel with paddle-shift options and turbo-petrol engine that’s mated to a 7-speed auto transmission delivers a smooth driving experience.

Driving this car, you can’t help but smile. How many other pricier and more powerful luxury cars can promise this feeling?