Miley Cyrus revealed she almost had a panic attack after doing a live show after spending months away from the stage due to the coronavirus.

The "We Can’t Stop" singer took the stage at the packed house for Summerfest, playing to a crowd of about 20,000 people in Milwaukee, Wis. While pausing in between songs, the artist noted that she only recently started performing on stage in front of live crowds again following the pandemic. In a rare moment of vulnerability, she revealed to the crowd how difficult she’s finding it to be.

According to the Milwaukee Journal Sentinel, Cyrus noted that she told her longtime drummer during the show that she believed she was having a panic attack. Fortunately, she managed to pull herself together and take the stage. However, she wanted to be honest with her audience about the difficulty she was having.

"Like everyone else, for the last year and a half I have been locked away and isolating and it is very stunning to be back in a place that used to feel like second nature. Being on stage used to feel like home, and it doesn’t anymore because of how much time I spent at home locked away," Cyrus explained.

BON JOVI CANCELS TOUR SO CORONAVIRUS REFUNDS CAN BE ISSUED

She added: The pandemic was startling and terrifying and coming out of it is slightly terrifying. So I just wanted to be honest with how I’m feeling." 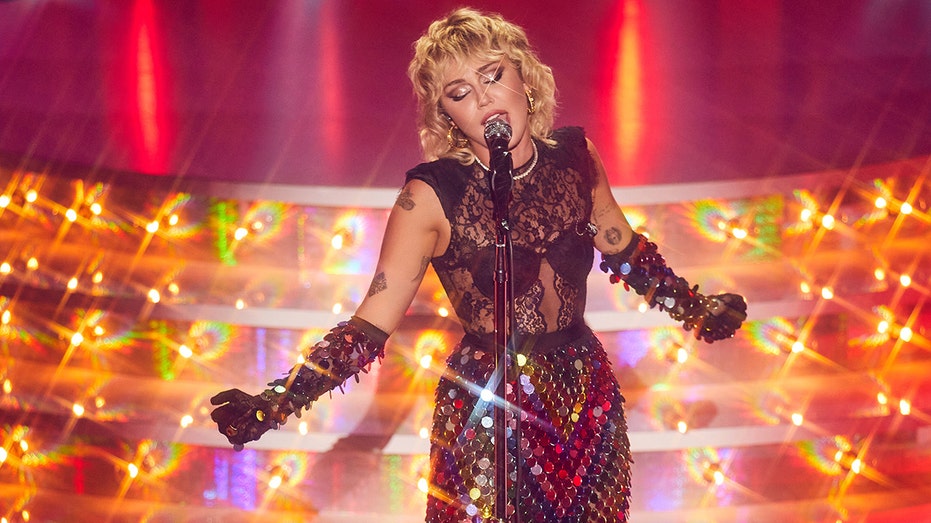 Miley Cyrus said she almost had a panic attack at a recent concert. (Vijat Mohindra/Peacock/NBCU Photo Bank via Getty Images)

In her speech to the crowd, Cyrus noted that she feels it’s important to let her fans know what she’s going through and opening up to them on a more personal level — something she believes was a positive change in herself to come out of the pandemic and lockdown.

"The last year kind of removed this divide, this curtain, and we’re allowing people to see us in our most vulnerable, our most isolated, our most hurt, our most scared states," Cyrus said. "And I think that's something really empowering."

"I think by being honest, that makes me less afraid," she continued. "I'm getting used to being back on stage, but there's nowhere else that I'd rather be."

Cyrus’ comments highlight the difficult year and a half that has affected the live concert industry, not only on artist’s mental health but on the financial stability of venues. At the onset of the pandemic, many were completely closed down for an indefinite amount of time. Amid the pandemic, some places tried to open at a limited capacity with social distancing and mask guidelines, all with varying degrees of success.

In August of 2020, for example, Live Nation, one of the country’s largest ticket retailers, reported $588.1 million in losses in its second quarter. Revenue for three months — ending in June 30 — totaled only $74.1 million, which marks a shocking 97% drop from the same time last year, which saw revenue marks of $3.2 billion.

The Wrap reported at the time that concert revenue specifically took a 95% hit year-over-year for 2020 with just $141.8 million compared to $2.6 billion in 2 019. Live Nation took an $87 million hit from ticketing refunds. However, the company noted in its report that 86% of people who bought tickets for shows prior to the shutdown have decided to hold onto them rather than seek a refund, demonstrating a level of confidence that fans would return to concerts as soon as its publicly considered safe to do so.

However, now that vaccinations have come into the picture, concert venues are struggling with the effectiveness and enforcement of mandating proof of vaccination or a negative test as well as the necessity to remain masked.