Los Angeles County’s chief science officer, Dr. Paul Simon, said that the county will report a daily coronavirus case number that tops 2,000 on Thursday, reaching a level not seen since early July. Dr. Simon said that the exact number was 2,065. That’s a bit higher than Wednesday.

Dr. Simon speculated that gatherings of multiple households are believed to be the primary driver of the recent surge in cases. He also cautioned, however, about a rise in workplace outbreaks.

There were 825 people hospitalized as of Thursday, according to Dr. Simon. That also is a recent high.

“Since early September we’ve seen a gradual uptick in cases,” he observed. “It doesn’t compare with the surges we’re seeing in other parts of the country, but we are watching it nonetheless.”

Those surges include a recent wave of cases in Texas, which is threatening to overwhelm hospital systems there. Also for the first time on Wednesday, the U.S. saw 100,000 daily new cases and over 1,000 deaths from the virus.

L.A. County officials revealed on Thursday that they are watching outbreaks in worksite settings, particularly “in the last several weeks,” said Simon. “It’s an increase that we’re going to have to watch very closely.” The red line on the adjacent chart represents “general workspaces,” which would include film and TV production. 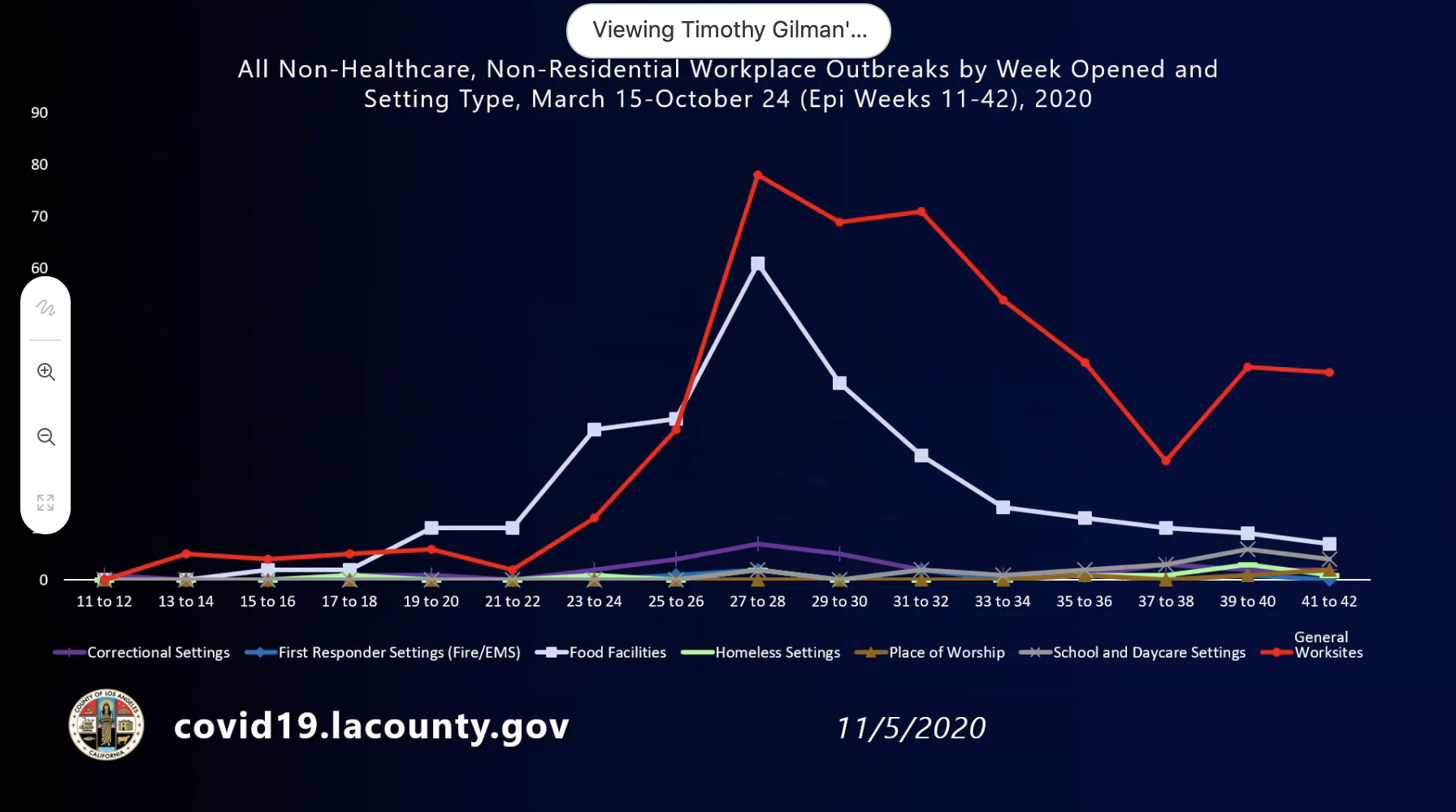 “During the summer, we saw a big spike up in outbreaks in these general workspaces,” he said. The fear is that may be seen this winter, as well.

Dr. Simon said the county has so far investigated thousands of workplace outbreaks. Currently, about 300 our being looked into, most very small.