Home » Business » Life beyond Netflix: What you should know about the new wave in streaming

Life beyond Netflix: What you should know about the new wave in streaming

(CNN)It’s early days for Disney+, but the opening original-programming salvo for the new streaming service looks a whole lot like “The Mandalorian” — the first live-action “Star Wars” series — and the seven dwarfs.

Much of the Disney+ pitch will hinge on access to its library and vaults, but the sizzle of any streaming service relies heavily on its original lineup, and Disney has loaded up its venture with high-profile titles from Lucasfilm (i.e. “Star Wars”), Marvel and Disney-Pixar, the business’ most powerful brand names.
Coming out of the gate, however, for the Nov. 12 launch, Disney+ actually has a relatively modest lineup relative to, for example, Apple TV+, which made its debut with several high-profile (if mostly disappointing) series.

Disney hasn’t made “The Mandalorian” available for review, unconvincingly citing a desire to ensure that all its surprises remain spoiler-free. Based on previews, the company certainly appears to have brought feature-film production values to the project, but time will tell.
After that, though, the Disney+ pickings look pretty slim. They include a live-action “Lady and the Tramp” movie; several unscripted shows that could easily be playing on Freeform or ABC; Pixar shorts; and a series version of “High School Musical” with the cheeky title “High School Musical: The Musical: The Series,” which is receiving a preview on three Disney-owned networks, and would have been the third or fourth best program on Disney Channel.

Excluding that big “The Mandalorian” donut hole, then, here’s a quick roundup of the series you’ll find on Disney+ when the service turns the lights on Nov. 12: 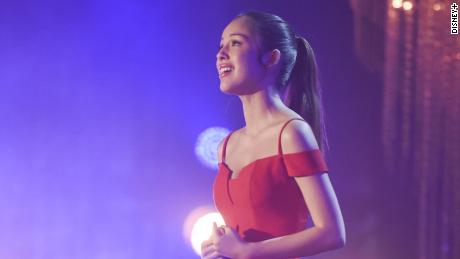 “High School Musical: The Musical: The Series”: A series about the making of a musical of “High School Musical” at the school where the original movie was shot, this half-hour series is mostly a testament to just how well Disney Channel casts its shows, with Olivia Rodrigo (“Bizaardvark”) and Sofia Wylie (“Andi Mack”) among the extremely talented kids vying for roles, even as they grapple with the customary high-school troubles when the music isn’t playing.
“Marvel’s Hero Project”: Marvel’s first unscripted series is a feel-good concept focusing on kids that have done extraordinary things or sought to somehow make a difference in their communities.
“Encore!” Kristen Bell hosts and produces this show that brings together former high school classmates to restage a musical from their younger days. It’s, well, kind of like watching a high-school musical, which generally tends to be more enjoyable if you know someone in the cast. 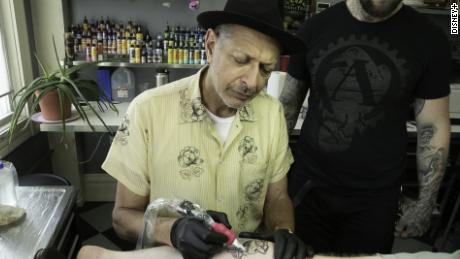 “The World According to Jeff Goldblum”: The actor brings sly humor and a lot of curiosity to a National Geographic series in which he unravels simple topics like “Sneakers,” “Ice Cream” and “Denim.” Goldblum is good company, if not necessarily worth paying to watch in this context.
“The Imagineering Story”: A documentary series about the wizards who gave birth to Disneyland, beginning with Walt Disney’s vision and the challenges faced (financial and creative) in bringing the parks to life.

Directed by Leslie Iwerks, it’s extremely well done, although stretching it into a series — as opposed to a feature-length documentary — is one of those luxuries that go with streaming that aren’t always really necessary, or creatively beneficial.
Disney+ launches on Nov. 12. “High School Musical: The Musical: The Series” premieres Nov. 8 on ABC, Disney Channel and Freeform.
Source: Read Full Article