(Reuters) – JPMorgan Chase & Co (JPM.N) posted its biggest-ever annual profit on Tuesday as its bond trading business bounced back in the last three months of the year, setting an upbeat tone for the big U.S. banks reporting this week. 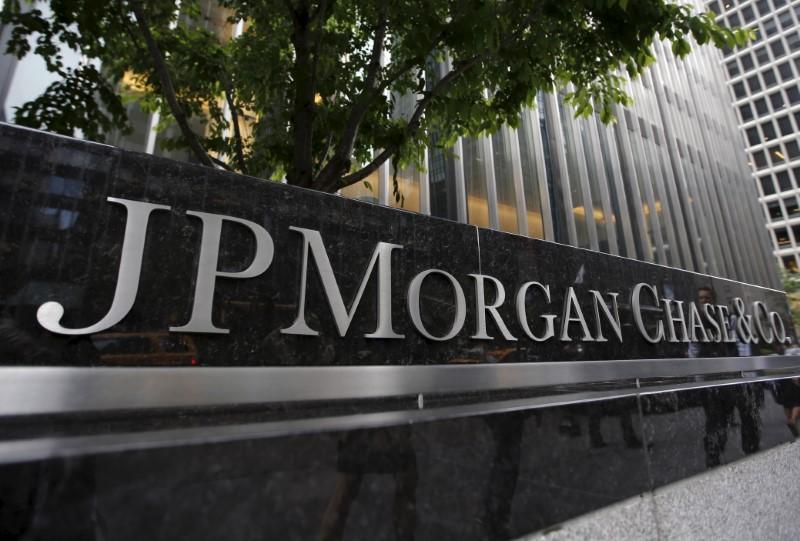 Revenue rose at all but one of JPMorgan’s four main businesses, sending its shares 2% higher in premarket trading. The bank’s commercial banking business was the only was to record a decline in revenue.

Revenue from bond trading jumped 86% from a year earlier when financial markets were suffering from a selloff triggered by concerns over trade and global growth. Revenue from equity markets rose 15% to $1.5 billion.

“While we face a continued high level of complex geopolitical issues, global growth stabilized, albeit at a lower level, and resolution of some trade issues helped support client and market activity towards the end of the year,” JPMorgan Chief Executive Officer Jamie Dimon said in a statement.

Overall revenue at JPMorgan’s corporate and investment banking unit, which houses its trading and underwriting businesses, jumped 31% to $9.47 billion.

The consumer business was hurt mainly by lower deposit margins due to low interest rates that meant the bank earned less on deposits it loaned out. Home lending revenue was down 5% to $1.3 billion.

Total loans, excluding home lending, rose 3% in the quarter. Home loans were down 17%.

Deposits flowed into the consumer bank in the fourth quarter, helping offset a decline in loans, as Chase opened around 100 new bank branches last year, many in new cities where the bank previously had not been located. Deposits grew 5% compared to a year ago.

Analysts on average had expected the bank to earn $2.35 per share on revenue of $27.94 billion, according to Refinitiv data.

“Results were above our expectations on better trading results and slightly better net interest income. Bottom line, stock should be up today on the strong revenue beat,” said analysts at Keefe, Bruyette & Woods in a note to clients.