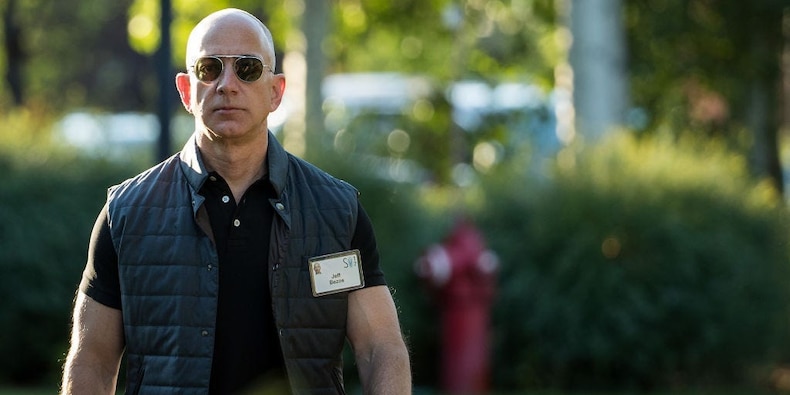 Tesla’s shares tumbled 2.4% on Tuesday, wiping out $4.6 billion from the electric-car maker’s fortune. That pushed Musk into second place in the Bloomberg Billionaires Index, which ranks the world’s richest based on their current net worth.

Bloomberg’s index listed Bezos’ and Musk’s wealth at $191 billion and $190 billion, respectively, as of Tuesday’s close. Bill Gates, the world’s third-richest person, was worth $137 billion on the same day.

Bezos held the top rank for over three years, until the Tesla founder nabbed the top spot last month after surging Tesla shares boosted his net worth to over $186 billion. Musk has been at the center of multiple major market events during his stint.

He added to the momentum in the Reddit frenzy with his “Gamestonk!!” tweet, sending shares in meme-stocks soaring. More recently, he has been popularizing Dogecoin and pulled off his biggest endorsement yet to bitcoin by disclosing a $1.5 billion bet on the cryptocurrency. Meanwhile, bitcoin surged to its highest-ever price of $51,040 as of Wednesday.

Bezos too has had an eventful start to the year, with Amazon announcing he will step down as CEO and transition to the role of executive chairman this summer. Bezos plans to spend more time on his other personal projects like charity, his Blue Origin space exploration company, and the Washington Post newspaper. Amazon’s shares have risen 53% over the past 12 months.

But it may not be too long before Tesla’s boss reclaims the top spot yet again. Musk’s SpaceX, a rival to Blue Origin, last week raised $850 million, boosting its valuation to about $74 billion, according to CNBC. That represents a 60% jump from its previous fundraising round in August.