New York (CNN Business)JPMorgan Chase is investigating the role its employees may have played in potential abuse of Paycheck Protection Program loans and other pandemic relief programs.

In a memo to staff on Tuesday, JPMorgan (JPM) urged employees to be “vigilant” about fraud involving government stimulus programs.
The probe was reported earlier by Bloomberg News.

JPMorgan, the nation’s largest bank, said it has seen “conduct that does not live up to our business and ethical principles — and may even be illegal.” The company said it is working to identify the abuse and cooperating with law enforcement.
The memo, signed by JPMorgan CEO Jamie Dimon and other top executives, said that includes “instances of customers misusing” PPP loans, unemployment benefits and other programs.

“Some employees have fallen short, too,” the bank said. 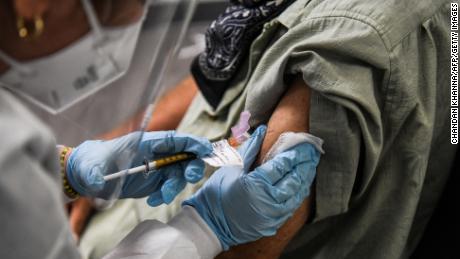 JPMorgan urged employees to “say something” if they see improper conduct, including reporting confidentially to managers or through the bank’s conduct hot line: “We take each report seriously and will take action, including disciplinary, when warranted.”
It’s not clear whether any charges have been filed, nor whether JPMorgan has already taken disciplinary action against employees. The bank declined to comment beyond the memo.
Congress and the White House approved a record-breaking $2 trillion stimulus package in March to cushion the economic blow from the pandemic. The federal relief package included forgivable loans in the PPP program designed to keep afloat small businesses hurt by the health crisis.
JPMorgan alone has funded more than 280,000 PPP loans totaling more than $32 billion.
In recent months, federal authorities have unsealed charges against individuals who allegedly abused PPP loans. Last month, the Justice Department accused nearly a dozen people of participating in a “large scale” and “organized” effort to misuse PPP funds.

In July, authorities accused a man in Miami with bank fraud for allegedly lying on PPP loan applications and spending the money on a $318,000 Lamborghini and other luxury purchases.
JPMorgan, Wells Fargo (WFC) and other banks were accused in lawsuits of harming small businesses by prioritizing emergency loan requests from larger customers.
Source: Read Full Article