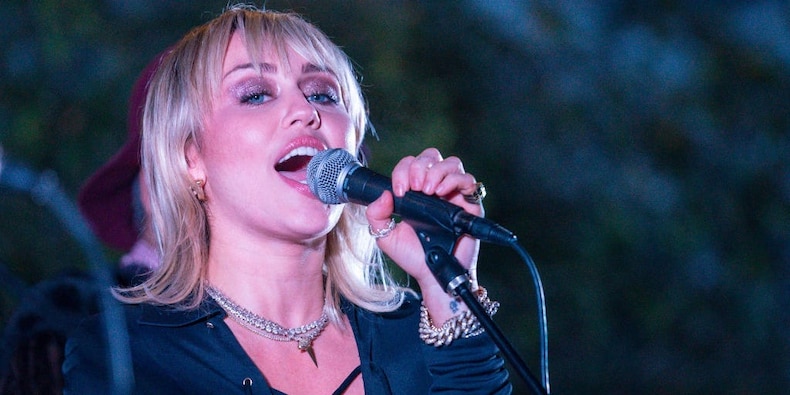 "Nothing is more important than investing in yourself," Cyrus tweeted on Wednesday. "I want to spread ownership to as many people as I can, so I'm teaming up with @CashApp to give out $1 MILLION in stocks."

Her followers can participate in the giveaway by commenting on her Instagram or Twitter post with their favorite stock. Beneficiaries will be selected at random and the handout will continue till April 13. 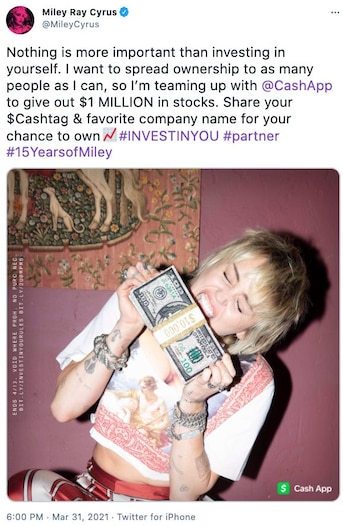 Cyrus posted a link to a Cash App explainer that provides an overview on stocks and investing for newbie investors. Her promotion highlights a move to make stock trading seem more accessible to everyday investors. It also shows how Square, whose founder is Twitter CEO Jack Dorsey, and trading apps like Robinhood, are making the most of social media to reach a wider audience.

The singer's followers are already beginning to see free stock pop up in their accounts. Soon after her post, they began to post screenshots from Cash App, with a majority of them showing stocks received were of at least $50 in value. Tesla, Airbnb, and Amazon were among the most popular requests.

Cash App has previously teamed up with celebrities to attract more customers. Rappers Meghan Thee Stallion and Cardi B gave away $1 million in cash to the service's female users in August last year.