For 62 years, Barbie has been the hardest-working woman in the toy aisle, using a dizzying array of outfits and accessories — and, lately, changing body shapes and skin tones — while gliding from one career to the next. Astrophysicist Barbie. Ballerina Barbie. Chicken Farmer Barbie. Firefighter Barbie.

But she has never pulled off the ultimate transformation: Barbie, live-action movie star.

Time and again, her corporate overlords at Mattel have teamed with Hollywood studios to make a big-budget film in hopes of forging a new revenue stream while giving Barbie new relevance. Time and again, nothing has emerged, in part because Mattel has tried to micromanage the creative process, alienating filmmakers. (You want Barbie to do what?) Financial turbulence and executive turnover at Mattel haven’t helped.

A similar situation has played out with other Mattel brands, including Hot Wheels, American Girl and Masters of the Universe — a humiliation given the success that other toy companies have had in Hollywood, which loves nothing more than a movie concept with a built-in fan base.

The inventive “Lego Movie” took in nearly $500 million at the global box office in 2014 for Warner Bros. and the Lego Group, resulting in a sequel and two spinoffs. Paramount Pictures and Hasbro have turned the Transformers action-figure line into a $5 billion big-screen franchise over the last 14 years; a seventh installment is on the way and will undoubtedly deliver the same halo for Hasbro as the previous films, driving up the company’s stock price and turbocharging demand for Transformers toys.

With money like that on the line, Mattel has clung to its Hollywood dream. “There is ‘Fast and Furious 9’ and Hot Wheels zero,” said Ynon Kreiz, Mattel’s newish chief executive, referring to Universal’s hot-rod film franchise, which has taken in $6.3 billion worldwide since 2001. “That is going to change.”

There are signals — 13 of them — that Mattel is not playing around this time. 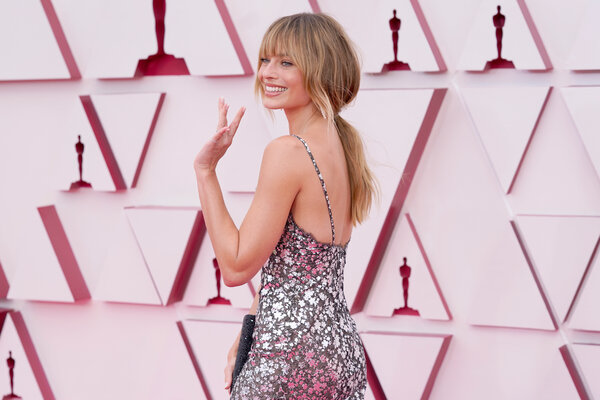 Under Mr. Kreiz, who has overseen a stunning financial turnaround at the company since becoming its fourth chief executive in four years in 2018, Mattel has moved to turn its toys into full-fledged entertainment brands. It now has 13 films in the works with various studio partners, including “Barbie,” a live-action adventure starring Margot Robbie (“I, Tonya”) and directed by the Oscar-nominated Greta Gerwig (“Lady Bird”). Ms. Robbie, who is also one of the producers, described the big-budget film in an email as being “for both the fans and the skeptics,” a theatrical endeavor that will be “really entertaining but also completely surprising.”

The script, by Ms. Gerwig and Noah Baumbach (“Marriage Story”), even pokes fun at Barbie and Ken, her plastic paramour.

As in, what happened to their genitals?

“I’m excited about this movie because it’s emotional and touches your heart and honors the legacy while reflecting our current society and culture — and doesn’t feel designed to sell toys,” said Toby Emmerich, chairman of the Warner Bros. Pictures Group, where “Barbie” is pointed toward a 2023 theatrical release.

The dozen other films in Mattel’s pipeline include a live-action Hot Wheels spectacle; a horror film based on the fortunetelling Magic 8 Ball; a wide-audience Thomas the Tank Engine movie that combines animation and live action; and, in partnership with Sony Pictures Entertainment, a big-screen Masters of the Universe adventure about the cosmos that includes He-Man and his superheroic sister, She-Ra.

Mattel, Universal and Vin Diesel are collaborating on a live-action movie based on Rock ’Em Sock ’Em Robots, a tabletop game introduced in 1966. Lena Dunham (HBO’s “Girls”) is directing and writing a live-action family comedy based on Mattel’s Polly Pocket line of micro-dolls. Lily Collins (“Emily in Paris”) will play the title role and produce; Metro-Goldwyn-Mayer is the distribution and financing partner.

Mattel has also announced movies based on View-Master, American Girl and Uno, the ubiquitous card game. (If you think an Uno movie sounds like a satirical headline from The Onion, consider this: There are non-Mattel movies in development in Hollywood that are based on Play-Doh and Peeps, the Easter candy.)

All or some or none of Mattel’s movie projects could connect with audiences — if they come to fruition at all. That is the nature of the Hollywood casino.

“Familiarity with a toy or character is a start, but no movie makes it without clever character and story development,” said David A. Gross, who runs Franchise Entertainment Research, a movie consultancy.

Toys have a surprisingly strong track record as film fodder. Other hits include the 2016 animated musical “Trolls,” based on the wild-haired dolls, and “Ouija,” which cost $5 million to make in 2014 and collected $104 million worldwide. (Pixar did not base “Toy Story” on a toy, but it has populated the franchise with classics, including Barbie.) But the genre has also had wipeouts, notably “Battleship,” which Universal and Hasbro based on the board game and cost more than $300 million to make and market. It arrived to $25 million in North American ticket sales in 2012.

“UglyDolls,” adapted from a line of plush toys, was a smaller-scale box office disaster for STX Films in 2019. Mattel itself got bruised in 2016 when “Max Steel,” a modestly budgeted film based on an action figure, arrived to near-empty theaters. It received a zero percent positive score on Rotten Tomatoes, the review-aggregation site.

“Unless you can make something that feels really sticky and really interesting and really authentic, there’s no point in doing it,” said Robbie Brenner, who heads Mattel Films, which was created in 2018. (Mattel’s previous movie division, Playground Productions, was started in 2013 and folded in 2016.)

Ms. Brenner said she had approached all of Mattel’s properties with the same question: “How do we flip it on its side a little bit while still respecting the integrity of the brand?”

Mr. Kreiz said he was not interested in making thinly disguised toy commercials. In a shift from the Mattel of the past, “we want to give our filmmaking partners creative freedom and enable them to do things that are unconventional and exciting,” he said. “Focus on making great content and the rest will follow.”

He added, however, that Mattel did not “sign a deal and disappear.”

The message appears to be resonating in Hollywood, allowing Mattel to attract A-plus talent. The “Barbie” team is one example. Tom Hanks has agreed to star in and produce an adaptation of Major Matt Mason, an astronaut action figure introduced by Mattel in 1966; Akiva Goldsman, the Oscar-winning writer of “A Beautiful Mind,” is working on the screenplay. Marc Forster (“World War Z”) is directing and producing that “Thomas & Friends” movie. And Daniel Kaluuya, who won an Oscar in April for his role in “Judas and the Black Messiah,” is involved with a Mattel film project based on Barney, the interminably perky purple dinosaur.

Even Ms. Brenner has a sophisticated film pedigree. She produced the AIDS-medication drama “Dallas Buyers Club,” which received six Oscar nominations in 2014, including one for best picture. (It won three: actor, supporting actor, and makeup and hairstyling.) Before that, she was a senior executive 20th Century Fox and Miramax.

Mattel’s momentum in Hollywood has resulted, in part, from a turnaround at the company as a whole. Mattel has fixed many of its core problems, making it less risk averse, according to Richard Dickson, Mattel’s president and chief operating officer.

“Five years ago, the foundations that our brands were sitting on were not strong enough,” Mr. Dickson said.

When Mr. Kreiz arrived in April 2018, the toymaker was reeling from gut punches, some self-inflicted. It had lost Disney’s lucrative princesses toy license to Hasbro. A crucial retail partner, Toys “R” Us, had evaporated in a cloud of bankruptcy. Millennial parents had turned on Barbie, dismissing her as vapid and noninclusive. And some of Mattel’s other stars — American Girl, the glam Monster High crew — were adrift, unsure of how to compete for the attention of a generation of iPad-wielding children.

Mr. Kreiz stabilized Mattel by restructuring its supply chain and reducing costs by $1 billion over three years, in part by closing factories and laying off more than 2,000 nonmanufacturing employees. At the same time, a long-gestating modernization plan for Barbie began to pay off in a major way. She now comes with roughly 150 different body shapes, skin tones and hairstyles; Wheelchair Barbie was such a runaway success last year that Wheelchair Ken recently arrived.

In 2020, with parents looking for ways to entertain children at home during the pandemic, Mattel sold more than 100 Barbie dolls a minute, Mr. Dickson said. (Juli Lennett, toy industry adviser for NPD Group, backed him up.)

Revenue totaled $4.6 billion last year, and Mattel posted a profit of $127 million. In the first quarter of 2021, sales increased 47 percent from a year earlier, the company’s highest growth rate in at least 25 years. Mattel’s stock price has climbed 52 percent since Mr. Kreiz took over.

Mattel, based in El Segundo, Calif., is now turning to the next phase of Mr. Kreiz’s growth plan. With a vast catalog of intellectual property, Mattel wants to become more like Marvel, which started as a comics company and transformed into a Hollywood superpower.

And by player he means player. Mattel has a long history in direct-to-DVD animated movies, for instance, but its television division, run by Fred Soulie, is working to capitalize on the streaming boom. The company has a long-term deal to make one or two Barbie cartoons for Netflix annually. “Masters of the Universe: Revelation,” an animated series from the filmmaker Kevin Smith (“Clerks”), arrives on Netflix on July 23.

In total, Mr. Soulie has 18 shows in production, including a revamped “Thomas & Friends” and a new incarnation of “Monster High.” An additional 24 are in development.

“We’ve been planting a lot of seeds,” Mr. Soulie said, “and we’re about to see the results.”