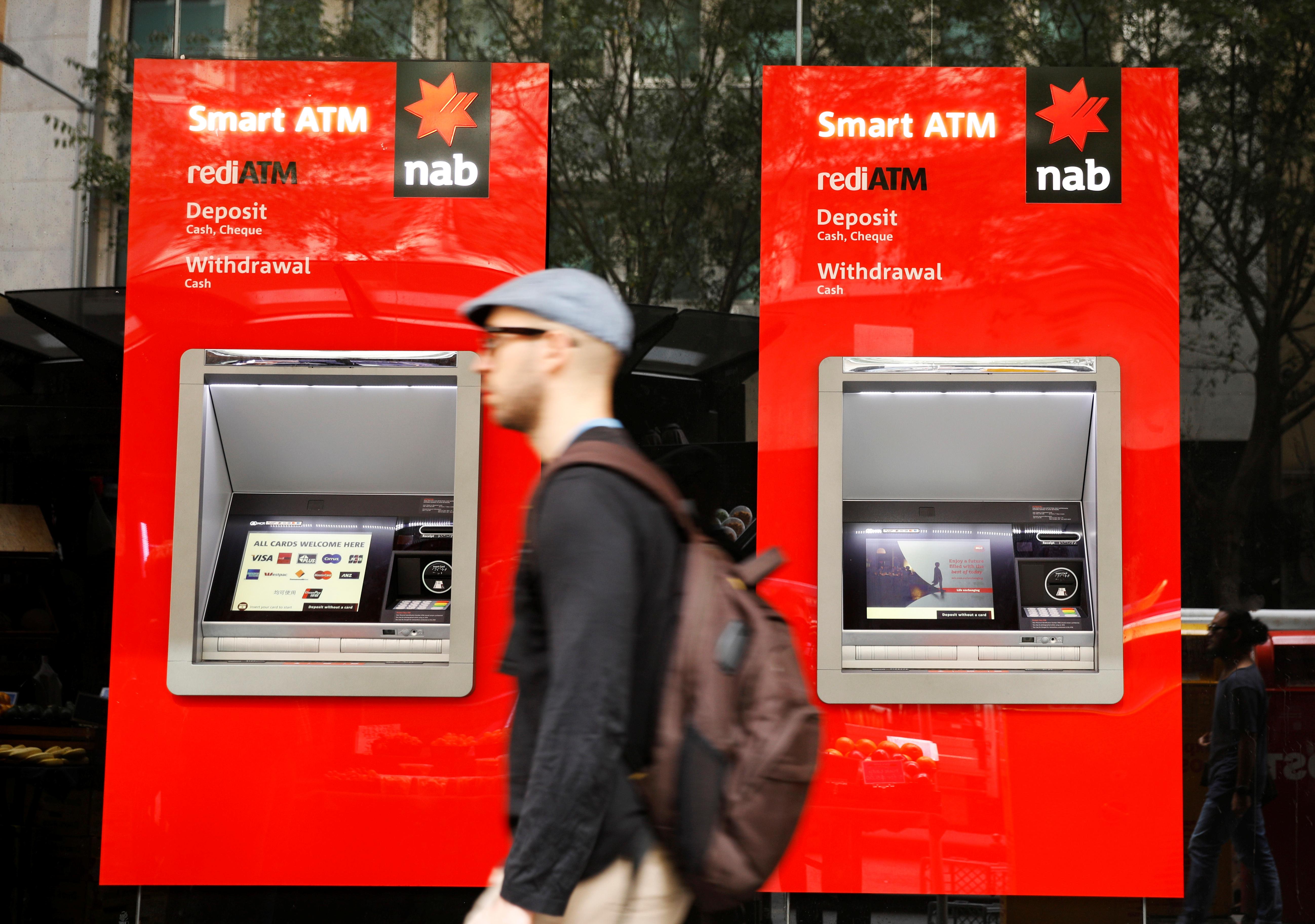 More than 31 growth-oriented institutional funds, which have long relied on the banks to deliver strong and predictable earnings, have closed their positions this year.

A further 146 growth funds have trimmed their holdings, helping push share prices of the so-called “Big Four” down between 14 to 20 percent lower in the past year, a Reuters analysis of stock portfolios has found.

Veteran Australian investor Geoff Wilson, chairman of Wilson Funds Management, told Reuters the market was yet to digest the full impact of the headwinds facing the sector.

“One thing we do know is that markets over-react,” Wilson said. “I don’t think they’ve over-reacted yet on the banks.”

The four retail banks yielded close to 20 percent return on equity over the last decade, Refinitiv Eikon data shows. That has shrunk to 12 percent this year.

Analysts polled by Reuters expect ANZ, the third largest lender by market capitalization to report a 15 percent fall in cash earnings for the second half of the fiscal year to A$2.93 billion ($2.09 billion) when it releases results on Oct. 31, driven by higher costs and lower lending volumes.

Annual cash earnings at NAB, the fourth largest, are similarly anticipated to fall by about 12 percent when it reports on Nov. 1.

The Royal Commission, as the public investigation into financial sector misconduct is called, has already accelerated a tightening of lending standards, and is likely to trigger structural change that would add pressure to the money-making models of the banks.

The powerful inquiry has drawn a direct causality line between the bank’s high profitability and the widespread misconduct exposed at the banks and other large, vertically integrated financial firms over the last seven months.

Among the revelations, the inquiry found banks lending without doing basic checks to ensure customers could afford loans, uncovered how they have taken fees from customers’ accounts without providing them with services, and exposed lending referral programs that incentivized staff to commit fraud.

The banks have apologized and are spending over A$6 billion in legal and compliance costs, including remediating customers affected by their poor behavior, according to Shaw and Partners analysis.

Spokespeople for the big four banks did not comment for this story, but referred Reuters to previous public statements.

Three of the four – ANZ, CBA and NAB – are offloading a large proportion of the businesses where much of the wrongdoing occurred: their wealth management and insurance units.

Without the diversity that those units provided in the past, revenue growth now largely depends on local housing and business loans at a time when property prices are falling and Australian household indebtedness is at record highs.

Growth in Australian home loans is expected to fall to record lows of 4 percent or less, after averaging about 12 percent the previous two decades, therefore intensifying competition.

As their businesses shrink, bank fees – another key revenue source- have fallen from making up about 40 percent of bank’s revenues to only half that today.

Regulators are also scrutinizing that area of business, clamping down on excessive fees on foreign exchange services and credit cards.

“It’s going to be a bit more challenging for the banks to grow profits as they have previously,” said Argo Investments managing director Jason Beddow, a fund manager who still holds large bank stakes.

“At a high level, you’re in a period of relatively sluggish credit growth, in an area where you’ve got higher regulatory and compliance costs and you’ve got the four banks looking far more homogenous, having got rid of their periphery businesses, fighting over the same market.”

To fight the headwinds and maintain profitability, experts believe the banks will focus on shedding costs, and increasing mortgage rates while they cut the price they pay for deposits.

Executing that strategy will be challenging, as it risks further scrutiny at the time regulators investigate whether banks have used tougher rules on lending as an excuse to profiteer through increased mortgage rates.

“Those return on equity numbers have been reasonably high and it wouldn’t be surprising to see them come down from a combination of extra costs, higher bad debts and lower credit growth across the system,” said Alex Shevelev, an analyst at Forager Funds Management.

Even so, not all growth-focused funds have sold out yet and many value investors remain invested. Records show that while their numbers have fallen, there are still over 200 large funds with growth mandates invested in the Australian banks.