The users of 5G-enabled Apple iPhones will be able to try 5G telecom services – wherever available publicly in the country – from next week, both on standalone (Reliance Jio) and non-standalone networks (Bharti Airtel). 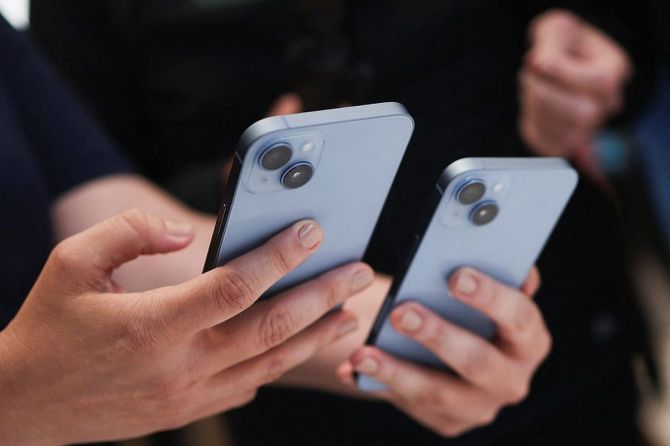 Airtel and Jio customers who download the iOS 16 Beta software update as part of its ‘Apple Beta Software Program’ can try the service and send their feedback to the company.

The final updated software will become available sometime in December.

Apple’s beta programme allows users to try pre-release software and experience the latest features before a software is made publicly available.

Users can also provide feedback to Apple on quality and usability to help Apple identify problems, address them, and make the software better.

Apple Inc committed to opening the beta programme at a meeting of key mobile device makers called on Wednesday by the department of telecommunications (DoT) to discuss the progress of the 5G rollout in the country.

All the other mobile device makers also committed that their respective 5G phones would be enabled to receive 5G by the middle of November (including some with beta software) both on standalone and non-standalone networks.

Samsung’s 5G phones will be enabled from November 15, according to sources.

The device makers’ latest announcement has advanced the earlier plan of enabling all phones by December.

Over 160 models of 5G handsets are available in the country, and there are more than 70-80 million 5G handset users.

Nearly 125 models have already been activated.

At the meeting, the device makers also raised the concern that the slow pace of 5G network rollout by telecom service providers could lead to numerous complaints from customers using these services.

Sharing details of its beta programme, Apple said users with 5G-enabled iPhones could join by enrolling their devices on the Apple website and accessing the latest beta release and subsequent updates, including the software updates which will be available to Airtel and Jio customers from next week.

In an official statement in October, Apple had shared a timeline, and said: “We are working with our carrier partners in India to bring the best 5G experience to iPhone users as soon as network validation and testing for quality and performance is completed.

“5G will be enabled via a software update and will start rolling out to iPhone users in December.”

As regards handset makers’ concern, Communications and IT Minister Ashwini Vaishnaw had recently urged telcos to increase the pace of their 5G network rollout in the country.

He had said telcos needed to raise the number of 5G towers installed weekly to at least 10,000, up from the current 2,500.

A senior DoT official said: “We have been pushing them to install more 5G towers.

“We expect that we will have a 5G network with substantial coverage across the country by October next year.”

Operators and vendors, meanwhile, have said the movement has been slow because of stiff safety measures and a lot of specialised manpower heading home during the festival season.

Also, it might take some time to import 5G radios, for which orders were placed recently.

“So, there is going to be some initial challenge,” said a vendor involved in the process who did not wish to be named.

Operators said that it was unfair to push them to meet a number, as they would roll out according to their plan, and that they had agreed to their rollout commitments for 5G in any case.

“There will be a push from January, and the rollout will be even faster by June-July.

“By October, one can see substantial 5G coverage in the country,” said a senior executive at a telecom service provider.