I’m Winston Gieseke, philanthropy and special sections editor for The Desert Sun in Palm Springs, bringing you the latest California headlines on this Monday.

In California brings you top Golden State stories and commentary from across the USA TODAY Network and beyond. Get it free, straight to your inbox.

New COVID-19 cases down in California

Here’s some encouraging news to start off your week: The Golden State reported far fewer coronavirus cases in the week ending Sunday, adding 17,640 new cases. That’s down 25.9% from the previous week’s toll of 23,813 new cases.

California ranked 49th among the states where coronavirus was spreading the fastest on a per-person basis, according to a USA TODAY Network analysis of Johns Hopkins University data.

Across the country, 30 states had more cases in the latest week than they did the week before. But across California, cases fell in 42 counties, with the biggest declines in Los Angeles, San Diego and Fresno counties.

Also in the week ending Sunday, California reported administering another 2,824,800 vaccine doses, compared to 1,248,623 the previous week. In all, the Golden State reported it has administered 14,708,175 doses.

Contra Costa County opens vaccine eligibility to people 50 and over 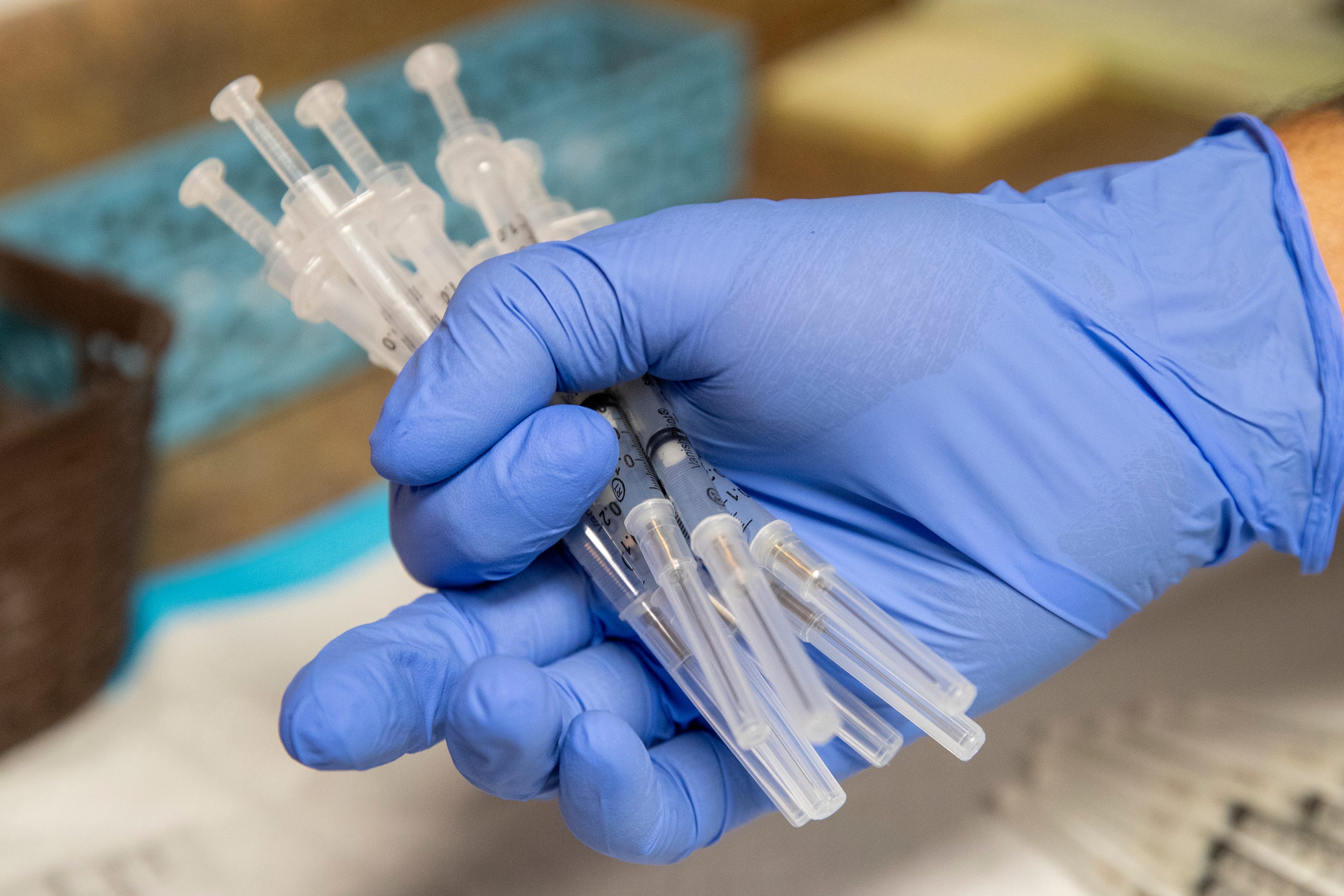 In Northern California, Contra Costa County announced Monday it is now offering vaccinations to people age 50 and over who live or work in the county, making it the second county in the region after Solano to do so.

The San Francisco Chronicle reports that while the state of California has not lowered the eligibility age to 50, it does plan to offer vaccinations to people as young as 16 by the last week of April, Gov. Gavin Newsom said Friday. It isn’t known if California will first expand eligibility to those 50 and older.

The state is currently giving vaccine priority to those who are 65 and older, as well as essential workers in certain sectors, homeless and incarcerated individuals and people between 16 and 64 with disabilities or specific health conditions.

Contra Costa has made it possible for anyone between the ages of 50 and 64 to get inoculated.

“We look forward to the coming months when we can do away with vaccine eligibility, when anyone and everyone is eligible,” said Contra Costa County Board of Supervisors Chair Diane Burgis in a statement. “More and more doses of vaccine are coming into the county each week and we expect that trend to continue.”

Survey says! Less than 30% of students likely to return to L.A. classrooms

The number of L.A. Unified students who say they will immediately return when schools reopen are fewer than 3 in 10. (Photo: pexels.com)

Based on survey results combined by L.A. Unified School District officials, it seems a majority of parents are not yet ready to send their kids back to classrooms.

In fact, the number of students who say they will immediately return when schools reopen are fewer than 3 in 10, with the following breakdowns: Of the district’s 465,000 K-12 students, 28% of those in elementary school said they would return, while only 17% of middle school students and 10% of high school students said they would.

The Los Angeles Times reports that officials from LAUSD “have launched a confidence-building campaign to persuade families to come back, citing safety standards among the strictest in the nation and the harms of learning loss. Last week there were more than 40 “town halls” — one of the most notable was Sunday, when district officials appeared with local clergy to make the pitch, answer questions and ease anxieties.”

The deadline for families to let officials know whether or not they plan to send their kids back to school was Friday, but only about half responded. Officials say those who don’t respond will remain online for the remainder of the school year but in the meantime they have opted to keep the survey open in the hopes of getting more responses.

In other reopening news: On Monday, the California Department of Public Health announced it had reversed its previous decision and now says that bands, drumlines and choirs are allowed to attend prep football games.

According to The Sacramento Bee, the CDPH website states that these groups engage in “low-contact activities.”

Will late rains bring a wildflower super bloom to California deserts this year? 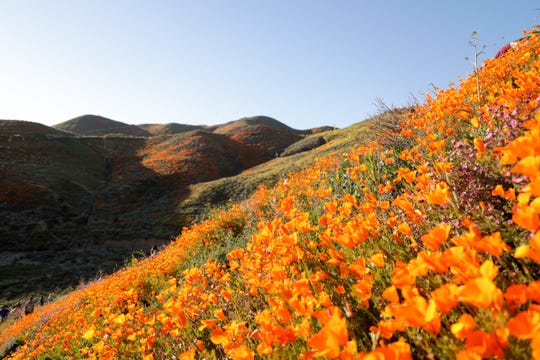 If you’re wondering whether or not the recent rains will bring a wildflower “super bloom” to Southern California this year, the chances aren’t quite as low as a snowball in hell, but they’re pretty slim.

“Let me put it this way. … This is a disastrous year for wildflowers,” said James Cornett, a longtime Coachella Valley ecologist. “I haven’t seen it this bad in memory.”

While a few hardy perennials are showing their colors, and burn areas are seeing velvet green regrowth, the year is far more likely to remain a super dud.

A “meager” 0.83 of an inch of rain fell at Palm Springs International Airport from Nov. 1 through Sunday, per National Oceanic and Atmospheric Administration measurements tabulated by Cornett. A typical year sees about 2.5 inches in that period, and a super bloom requires about 5 inches, he said.  “So we have received less than one-third of an average year’s worth of rainfall.”

According to Cornett, this year’s storms are just too little, too late. He and other area biologists blame climate change for more frequent, more severe droughts, depriving even water-savvy desert plants of the inch or so they need to bloom. Read more here.

People trying to use the EDD website to certify weeks of unemployment are currently unable to. (Photo: Andrew Neel, pexels.com)

California’s Employment Development Department (EDD) can’t seem to catch a break. Last week, In California reported that approximately 2.4 million Golden State residents who are self-employed or on a federal extension plan will have to wait weeks in order to receive newly extended jobless benefits.

This week comes the news that the EDD’s website has been down since Saturday. According to ABC10, “EDD says it is working on the issue but wouldn’t provide more details.”

In California is a roundup of news from across USA Today network newsrooms. Also contributing: ABC10, Los Angeles Times, The Sacramento Bee, San Francisco Chronicle. We’ll be back in your inbox tomorrow with the latest headlines.

As the philanthropy and special sections editor at The Desert Sun, Winston Gieseke writes about nonprofits, fundraising and people who give back in the Coachella Valley. Reach him at [email protected]