Home » Home Depot will surge 35% for 5 key reasons, according to Bank of America 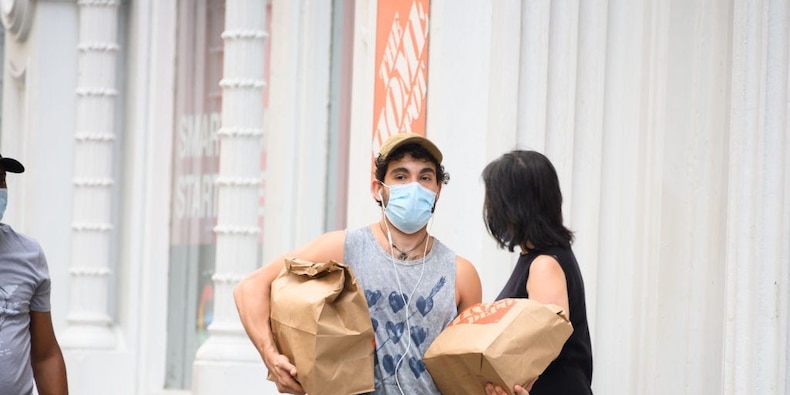 Home Depot’s  sales growth and the potential for up to $10 billion in share buybacks are among five reasons to buy into the home-improvement retailer, Bank of America said Wednesday, raising its price target on the stock to $360 from $355.

In a note on Wednesday, the investment bank reiterated its buy rating on the company. The higher call would represent upside of 35% from Tuesday’s closing price of $267.24.

Shares of Home Depot were under pressure Wednesday following a 3% decline the day before, after the company did not provide fiscal 2021 profit guidance as it monitors how consumer spending will evolve.

Home Depot’s fourth-quarter revenue of $32.26 billion was higher than a year ago and beat Wall Street’s expectations of $30.7 billion.

Bank of America said Home Depot’s fourth-quarter results marked the third consecutive quarter of same-store, or comparable, sales growth of more than 20%. It said monthly comparable sales figures have run consistently above 20% since May 2020 and that Home Depot has indicated it was seeing that pace in February.

Home Depot had $7.9 billion in cash on its balance sheet as of January 31, which the investment bank said is more than 3 times the average year-end cash balance of the previous five years. The retailer plans to keep a cash cushion of at least $4 billion throughout 2021 but BofA expects the company to spend at least $6 billion on share repurchases throughout the course of the year.

Home Depot, however, “could buy back as much as $10 billion in shares without cutting into its cash threshold, by our estimates,” the analysts said. “We view this as a significantly underappreciated upside risk” to per-share earnings.

There should be a shift in consumer spending to “away-from-home” categories in the second half of 2021, but “home is still the place to be (and spend) for now,” said the bank as it referenced year-to-date spending data and its proprietary indicator of consumer spending at home improvement stores.

Home Depot estimates it has captured 275 basis points of market share growth between 2018 and 2020 as a result of its One Home Depot initiative, according to the note.

The “company’s performance during the pandemic underscores the benefit of these initiatives, and illustrates the advantage of being the #1 retailer in the category with a very healthy balance sheet, i.e. the ability to out-invest competitors,” wrote BofA.

In terms of investments, the acquisition of industrial products company HD Supply late last year could add another “4-5% in top-line growth in 2021 above comp” and provide exposure to post-pandemic “reopening” opportunities through the maintenance, repair & operations, or MRO, market.