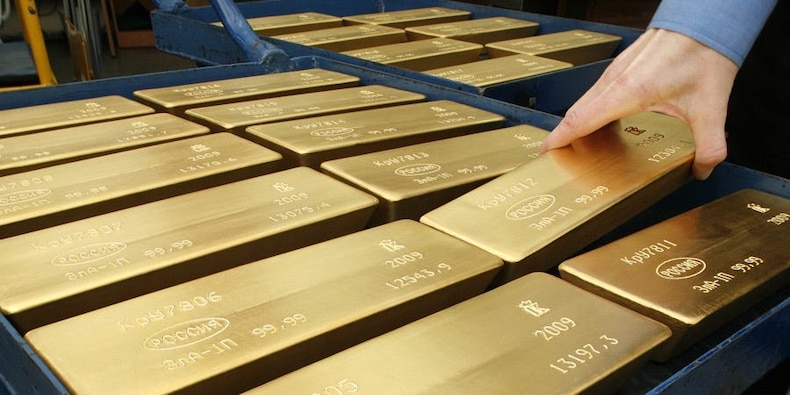 Goldman Sachs expects gold to break out of its narrow trading range and soar through 2021 as the coronavirus recession gives way to higher inflation.

Bullion has hovered around $1,900 per ounce after its summer rally to record highs fizzled out in August. US election uncertainty fueled a brief rally, but new hope for a virus vaccine pushed investors out of safe havens and into riskier assets. In the near term, gold doesn’t have a clear catalyst to lift or drag on prices, analysts Mikhail Sprogis and Jeffrey Currie said.

Yet the precious metal is poised to break out in 2021 as inflation concerns take center stage, they added. Goldman holds a $2,300-per-ounce price target for gold, implying a 22% rally from current levels over the next 12 months. Such a bounce would also place bullion at an all-time high.

Read more: Shark Tank’s Kevin O’Leary: Why I’m betting big on psychedelics, and how investors should be thinking about this opportunity

Gold prices typically fall when interest rates climb, but the 2008 recession showed the market focusing more on short-term rates. Even as longer-term rates moved higher, gold rose in the wake of the financial crisis as concerns around policy-fueled inflation lifted demand.

The metal will follow the same path next year, Goldman’s analysts said. The Federal Reserve has indicated it will allow for a temporary overshoot of its 2% inflation target after a prolonged bout of weak price growth. Goldman’s economics team sees inflation rising to 3% before weakening through year-end.

“This may well lead to market participant concerns over the long-term inflation rate and more inflows to gold in order to hedge it,” the bank’s analysts said. Expectations for a weaker dollar also support a disconnect between gold prices and long-term rates, the team added.

Goldman also expects demand for gold to strengthen across emerging markets. Chinese and Indian gold demand “already displays signs of normalization,” and the likelihood of a Biden administration taking a softer stance on trade policy should further support the rally.

Here’s how the Fed will be more aggressive with monetary-stimulus efforts as virus cases spike, according to JPMorgan

30 years old with a piece of 300 units: Here’s how Evan Holladay is filling a unique multifamily real-estate niche with an under-the-radar strategy