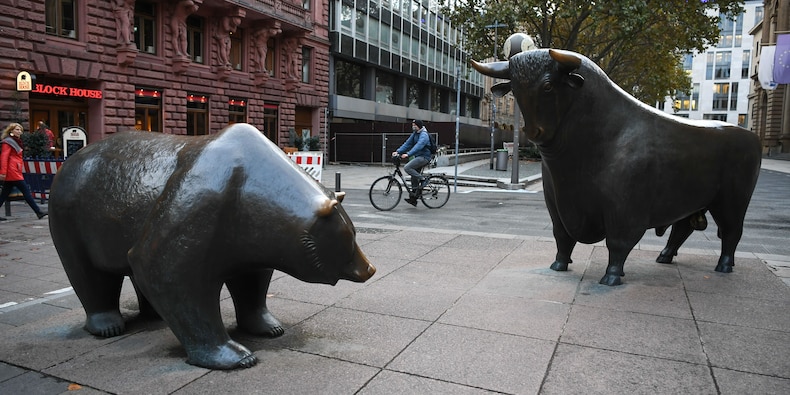 Global stocks rose on Thursday, lifted by President Joe Biden’s massive infrastructure spending plan, with tech companies and commodities reaping the biggest gains. The unveiling of the $2 trillion package helped offset some of the drag from the Archegos hedge fund blowup and a worrying rise in COVID cases in Europe this week.

Biden’s infrastructure plan boosted commodities, as well as green energy stocks, as he encouraged a shift towards electric vehicles. This will mean a stronger demand for electric car batteries, which use metals including copper, as well as for inherently linked products such as chargers. Biden’s speech kicked off a “green tidal wave”, Wedbush analysts Dan Ives and Strecker Backe said.

“In the US, there are many pure-play innovative EV players (consumer/commercial) on the horizon poised to capitalize on a Biden driven green tidal wave domestically with our expectations that the tax credits and incentives around EVs will ramp significantly in the coming years.” they said.

Other focus areas for Biden, such as domestic manufacturing and transportation, could also increase demand for a range of other raw materials.

“Commodities are the winners to Biden’s ‘Build Back Better’ plan as investments in domestic manufacturing and fixing roads, bridges and ports will drive the next commodity super cycle,” Edward Moya, senior market analyst at OANDA said.

Asian equities took their lead from the US market, as well as broadly positive regional manufacturing data. The Shanghai Composite closed 0.7% higher, while the Hang Seng gained 1.9%. The Nikkei 225, which had dropped sharply earlier this week when Japanese bank Nomura’s stock price tumbled after the Archegos default, also recovered and ended up 0.7%.

Analysts said no significant changes to production were expected from the group. “With oil in storage plentiful in Asia, production recovering in the US, widening Covid-19 restrictions and more Iranian crude heading to China, OPEC+ will have no choice other than to leave production targets unchanged,” Jeffrey Halley, APAC senior market analyst at OANDA said.

Renewed lockdown restrictions around Europe and Asia had little impact on the broader markets.

European equities rallied, shrugging off renewed lockdowns around the region, including in France, the second largest economy in the eurozone.

The Stoxx 600 was up around 0.4%, as was Frankfurt’s DAX. London’s FTSE 100 rose by around 0.8%, making it one of the better performing major indices in the region.