FRANKFURT (Reuters) – German lawmakers launched a parliamentary inquiry into the collapse of payments firm Wirecard on Tuesday in an effort to force the government to reveal more about a failure to avert the country’s biggest post-war corporate fraud. 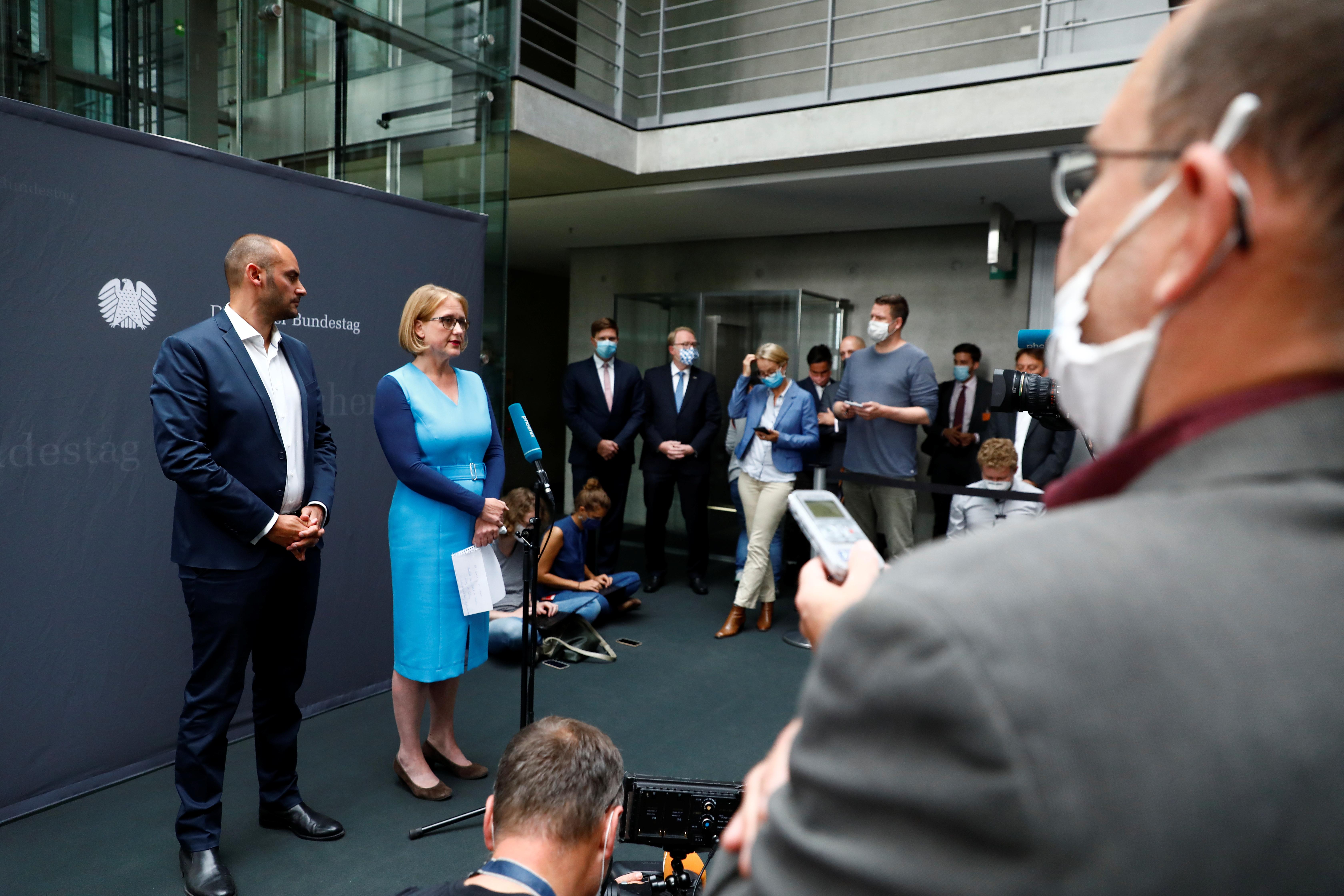 The investigation into the implosion of a company once seen as a German success story worth $28 billion will increase pressure on German chancellor Angela Merkel and her deputy Olaf Scholz ahead of national elections next year.

Wirecard’s demise has embarrassed Germany’s government, which prides itself on a reputation for rectitude and reliability, amid criticism that authorities ignored red flags.

“This was a fake company,” said Fabio De Masi, a German lawmaker who played a key role in launching the inquiry that empowers parliamentarians to interrogate officials and demand information. “We are not getting the answers we need”.

The German government has said Merkel brought up Wirecard’s planned takeover of a company in China during a visit there in September 2019 and that a senior official in her office subsequently pledged further support to Wirecard.

In an official parliamentary response, it said that Merkel did not know at the time of the irregularities at Wirecard, which is being dismantled after its disclosure of a 1.9 billion euro hole in its accounts in June triggered its insolvency.

Scholz, who heads Germany’s finance ministry, is responsible for regulator BaFin, which has been criticised for failing to take Wirecard to task, spending years probing critics instead.

Scholz has said he will make reforms to strengthen BaFin’s powers to investigate.

The government said in another answer that there had also been more than 1,000 suspect transactions involving Wirecard since mid 2017, although most were not related to the scandal.

Money transfers are usually flagged to Germany’s anti-money-laundering agency if, for example, they are suspiciously large.

Wirecard’s former CEO Markus Braun and other executives have been held on suspicion of running a criminal racket that defrauded creditors of 3.2 billion euros.

Those accused, including Braun, deny any wrongdoing. Former chief operating officer Jan Marsalek is on the run.

The company’s collapse has highlighted Germany’s lax oversight of financial firms, prompting authorities from regulator BaFin to local government to deflect responsibility for what one top official conceded was a “total disaster”.

“Instead of explaining itself, the government is stone walling,” said Lisa Paus, of the Green party, announcing the alliance with the Left party and pro-business Free Democrats (FDP) in launching the probe.

Wirecard started out handling payments for gambling and adult websites and had processed payments for companies including Visa (V.N) and Mastercard (MA.N).

Some of the world’s biggest investors held its shares before it unravelled after a whistleblower said it owed its success to a web of sham transactions.

Although allegations of fraud at Wirecard had been doing the rounds for years, German prosecutors focused on investigating the investors and journalists who highlighted irregularities.

The episode is unfolding as Germany holds the rotating presidency for the European Union, chairing key diplomatic meetings on European policy such as anti-money laundering.

The Financial Action Task Force, a global watchdog that oversees anti-money laundering controls in various countries, is also due to carry out a routine review of Germany’s record.