New York (CNN Business)JetBlue Tuesday made an unsolicited $3.6 billion offer for low-fare rival Spirit Airlines in an attempt to derail a proposed deal between Spirit and Frontier Airlines.

JetBlue’s cash offer is about 33% more than the value of Frontier’s stock-and-cash offer for Spirit. Such a transaction would stop a combined Frontier and Spirit from leapfrogging JetBlue to become the nation’s fifth largest airlines behind the four airlines — American (AAL), United (UAL), Delta (DAL) and Southwest (LUV) — that among them carry more than 80% of the nation’s air traffic.
“The combination of the two airlines would position JetBlue as the most compelling national low-fare challenger to the four large dominant US carriers by accelerating JetBlue’s growth,” said JetBlue in its statement.

Spirit said that it “will work with its financial and legal advisors to evaluate JetBlue’s proposal and pursue the course of action it determines to be in the best interests of Spirit and its stockholders.”

For its part, Frontier defended its offer as the superior deal for passengers and shareholders.

“A combined Spirit and Frontier will deliver $1 billion in annual savings for consumers and offer even more ultra-low fares to more places nationwide, creating America’s most competitive ultra-low fare airline,” Frontier said, adding that the combination would provide “shareholders with substantial upside potential for the combined company as a result of the merger synergies.”
Both Spirit and Frontier operate as what is known in the industry as ultra-low cost carriers, with very low base fares and extra charges for just about anything else a passenger needs, including even carry-on baggage.

They depend much more on bargain-hunting leisure travelers, and they carry fewer business travelers than their larger rivals. As business travel has rebounded from the pandemic much more slowly than leisure travel, Spirit and Frontier have rebounded faster than their larger rivals.
While passengers may like the low fares Spirit and Frontier offer, they have generally given the airlines poor customer satisfaction grades.
Spirit had by far the highest number of passenger complaints in 2021, with 11.5 complaints per 100,000 passengers, according to stats kept by the US Department of Transportation. JetBlue had the second most complaints on that basis with 6.4, but that was down 43% from a year earlier. Frontier had the third most in the industry with 5.8. IN 2020, Frontier had by far the worst rate of complaints when it recorded 49.3 complaints per 100,000 customers.
Frontier and Spirit also had the industry’s worst customer satisfaction ratings for 2021, according to the American Customer Satisfaction Index, while JetBlue was tied for the third best rating on that index. 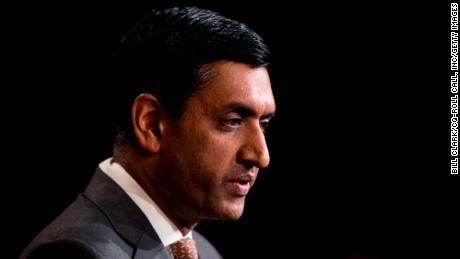 “Customers shouldn’t have to choose between a low fare and a great experience, and JetBlue has shown it’s possible to have both,” said Robin Hayes, JetBlue CEO.
The US airline industry has been reshaped by mergers in the last 25 years. The four largest airlines today were formed from a series of mergers among 10 airlines. If either JetBlue or Frontier end up with Spirit, it would be the United States’ first airline merger since Alaska Air purchased Virgin America in 2016.
However, the Biden administration has taken a much harder line on the antitrust implications of corporate mergers and the need to protect competition in order to benefit consumers. It has even sued to stop an alliance between JetBlue and American that allows the airlines to book passengers onto each other’s flights, even though that is not a full merger.
Frontier played to that issue, saying that since only 18% of the routes flown by Frontier or Spirit are flown by both carriers, its deal would be far better for airline competition. It argued a JetBlue-Spirit combination would reduce competition and result in higher fares.

“It is surprising that JetBlue would consider such a merger at this time given that the Department of Justice is currently suing to block their pending alliance with American Airlines,” said Frontier.
Shares of JetBlue, Spirit (SAVE) and Frontier (FRNT) were all slightly lower in after-hours trading following the announcement.
Source: Read Full Article