Fortnite Marshmello event challenges leak – along with outfits and accessories It was revealed two weeks ago that some sort of partnership between the soft-headed disc-spinner and Epic's battle royale megahit was on the way, and details were thin on the ground. 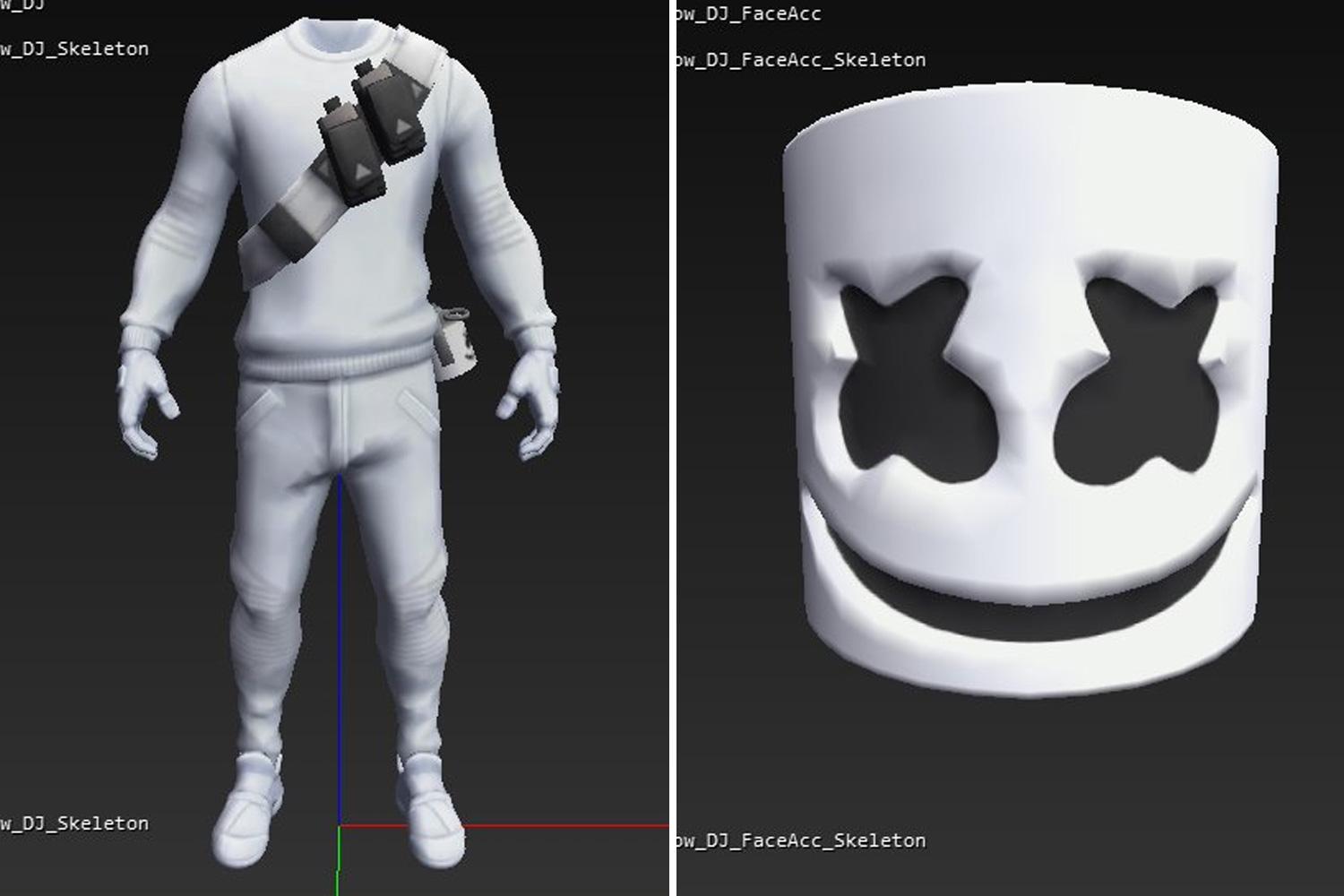 However, today's update changes that, according to Fortnite Insider.

Dataminers have smashed open their weekly code pinata, sorted through the bits, and revealed Marshmello event challenges, a Marshmello event poster, a graffiti spray, an outfit and a pickaxe.

Not only that, they also claim to have found sounds and animations all tied into the event, which seems to be code-named Festivus.

The poster indicates that there is an in-game event planned for this Saturday at 2 p.m. Eastern Time — that's 7 p.m. in the UK — though as there has been no confirmation of the event from Epic, that is obviously subject to change. 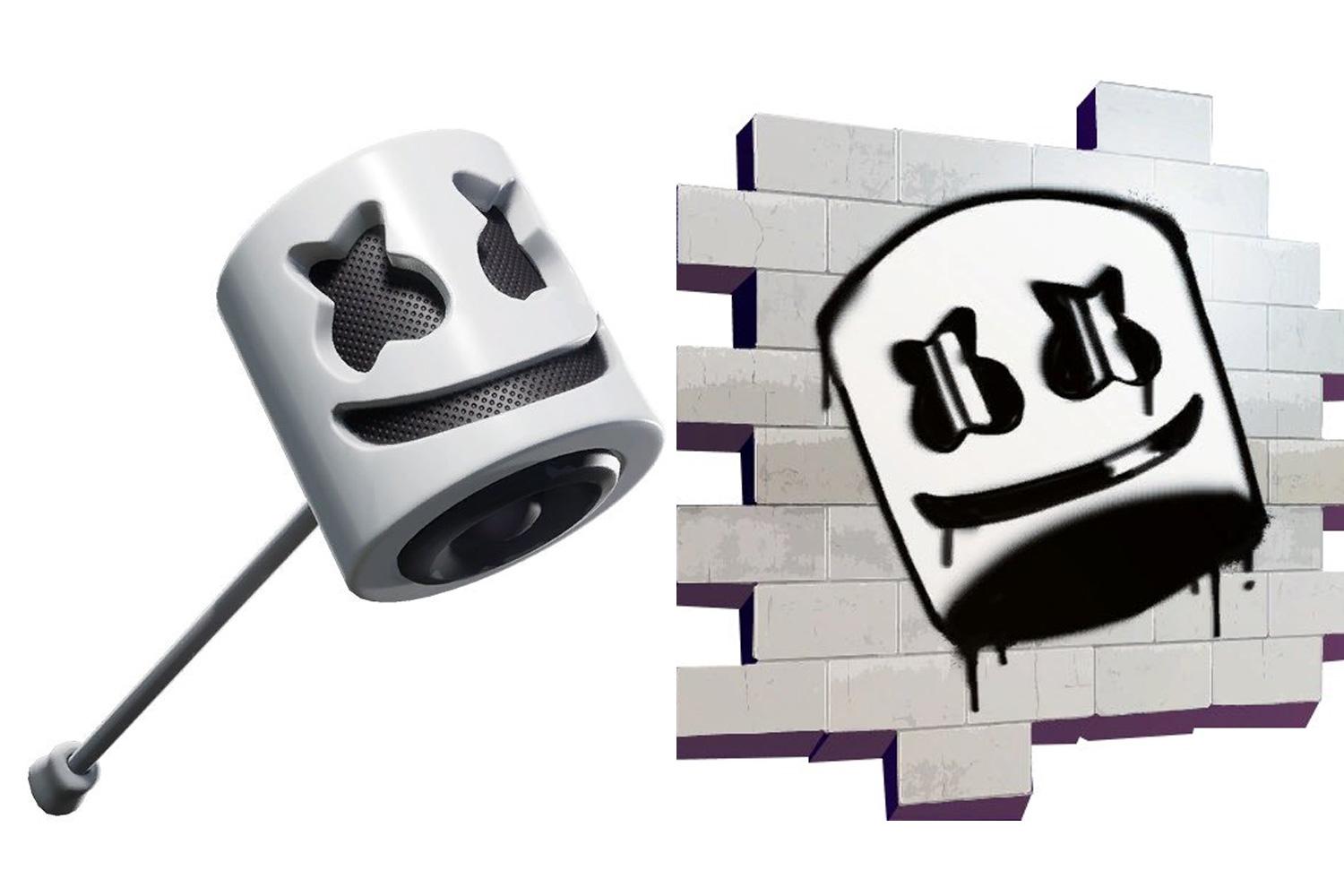 The challenges will reportedly see players having to 'use Keep It Mello' at a trucker's oasis, ice cream parlour and frozen lake.

Players will also have to dance on a truck stop sign, on top of the new Durrr Burger restaurant and on a concert stage.

Finally, players will have to find a showtime poster, then visit the showtime venue.

A poster was found in the game files too, advertising an event in Pleasant Park on February 2 at 2 p.m. ET. 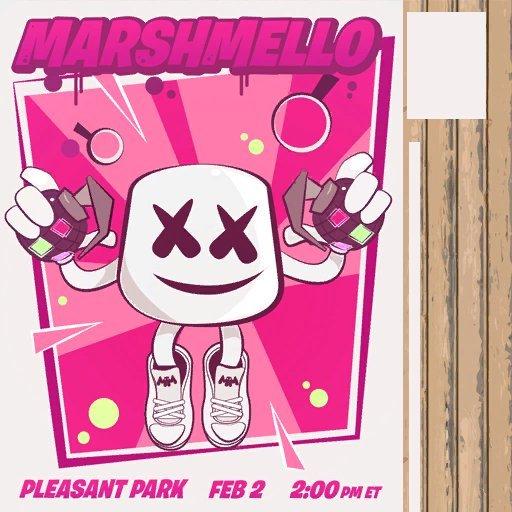 Other graphics found include an outfit to let you dress up like the Daft Punk tribute act, and a new pickaxe that looks to be a giant speaker on a stick, crafted to match the DJ's emblematic headgear.

The event also looks like it may tie into this weekend's Super Bowl in the US, which takes place on Sunday night UK time.

That doesn't kick off until 11.30 p.m. UK time, though, so hopefully for the sake of UK gamers there is no live tie-in.

As well as NFL-themed graphics for the Pleasant Park stadium, there are also special Super Bowl editions of the game's NFL skins.

The first chapter of Epic's tie-up with the NFL involved the release of skins for every team in the league along with some other football-themed in-game items, but no live events.

The leak comes a couple of weeks after Moe Shalizi, the bucket-wearing music-merchant's manager, revealed via a Snapchat story that "something is coming with mello and fortnite next month [in February] that's gonna have the world shook [sic]."

No hints were offered as to the future nature of the collaboration as the pair made a fruit smoothie, featuring almond milk, raw honey and blue food colouring.

This is not the first time Marshmello, real name Christopher Comstock, has cropped up in conjunction with Fortnite.

Data mined from the latest patch includes hints at another sword despite the chaos caused by the last one as well as the usual slew of new cosmetic items.

What are the basic requirements to qualify for a payday loan?