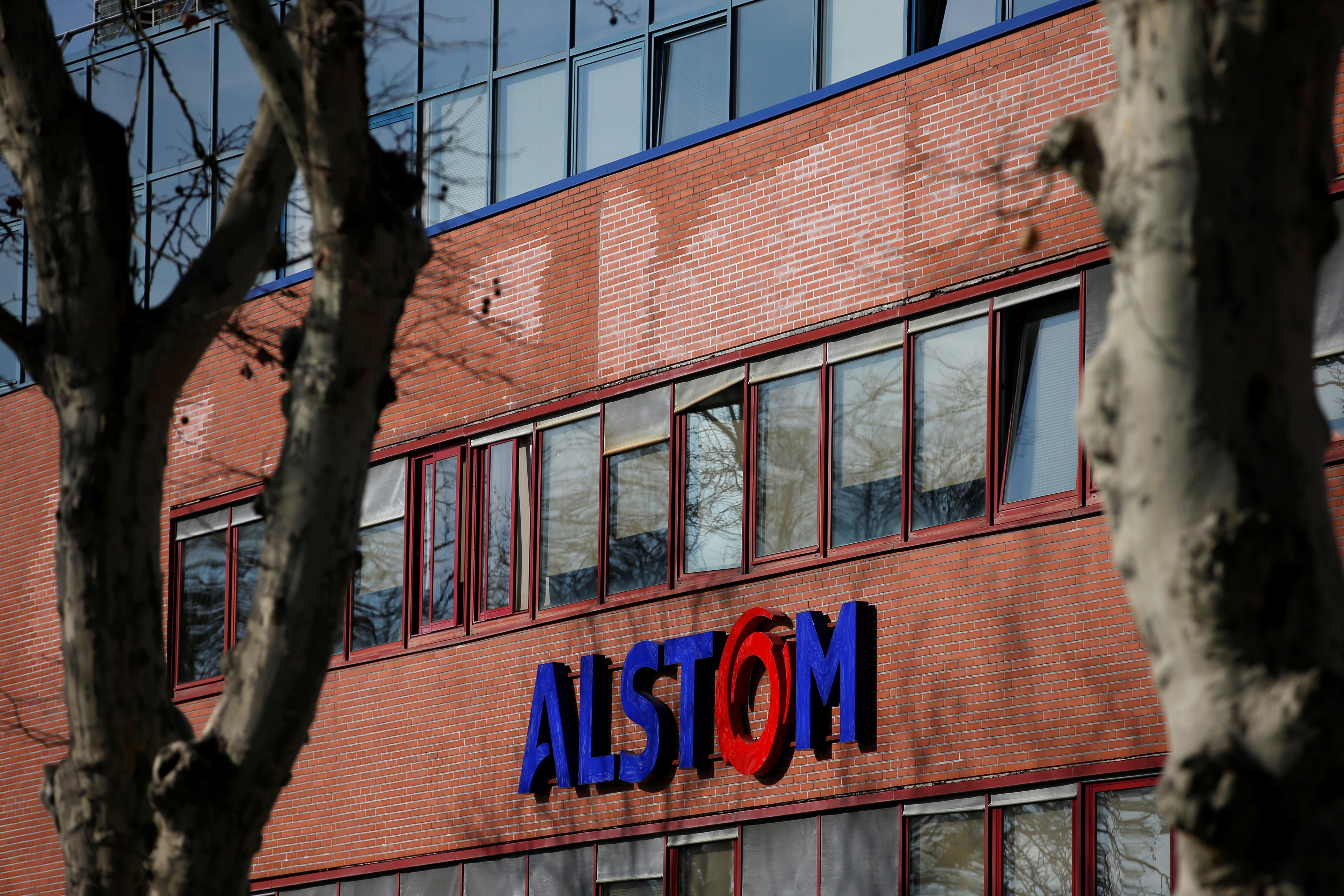 For Gemino and many co-workers at Alstom’s Belfort factory, Macron’s support for the blocked merger with Germany’s Siemens signaled a readiness to put shareholders ahead of jobs and protecting France’s fragile manufacturing sector.

But the European Commission’s veto last week has raised doubts about the president’s industrial strategy as he battles to quell unrest over inequality and a perception he is indifferent to the struggles of France’s working class.

Violent “yellow vest” anti-government protests have convulsed France for the past three months and raised questions over whether the man dubbed the “president of the rich” by left-wingers can make France more competitive.

“The order books are apparently pretty full. Management tells us we’re covered for the next four or five years,” Gemino, who joined Alstom as a teenage apprentice, said as he passed through the plant’s turnstile. “The future isn’t so bleak.”

Alstom and Siemens wanted to merge their train manufacturing businesses to compete more effectively against China’s state-owned CRRC, the world’s biggest trainmaker, at a time rail companies globally are looking to consolidate and reduce costs through economies of scale.

Alstom’s unions say the company, with booked orders of 40 billion euros ($45 billion), is strong enough to survive alone and they would prefer to take on China without German help.

“There will always be a risk, but Alstom and Siemens are capable of looking after themselves, on their own, and of pushing back against China,” said Olivier Kohler, an Alstom employee and member of the moderate CFDT union, France’s largest.

“Even if there was a merger, their prices would still be lower.”

Asked if Alstom could compete globally alone, an official in Macron’s office said: “In the short term, yes. It’s making money. The problem is the long term,” they said.

At the foot of Belfort’s imposing citadel stands a giant statue of a lion carved out of red sandstone, symbolizing the town’s resistance against German forces during the Franco-Prussian war of 1870.

Nowadays, it’s Alstom’s fate in the face of foreign competition that weighs heavily on the collective psyche of Belfort, a town of 50,000 near Germany and Switzerland where the iconic high-speed TGV (Train a Grande Vitesse) is made.

“Alstom is part of the town’s identity,” said retired SNCF railworker Georges Pagnoncelle. “But French industrial groups keep on being bought by foreign firms, and jobs keep disappearing from France.”

Alstom’s unions were worried that a merger with Siemens would lead to the bleeding of jobs in France, but acknowledged the European Commission’s veto was only a short-term reprieve.

The threat from China and trainmakers in other emerging economies such as South Korea will persist and future alliances cannot be ruled out. Frustrated by the rejection of the Siemens-Alstom deal, Paris and Berlin now want to loosen European competition rules to take a more global view.

Unionized managers at Belfort said they understood why the French government might want to merge Alstom with Siemens, but maintained that any such move must be on a 50-50 footing, protect jobs and fit into a clearer long-term strategy.

Under the terms of the proposal, the German conglomerate would have taken a stake of 50 percent plus a few shares in Alstom with an undertaking not to boost its holding above 50.5 percent in the first four years.

Alstom workers said Siemens would have been left in the driving seat.

“We need a political vision for French industry,” said Andre Fages of the CFE-CGC union that represents management, stressing the need for investment in research and development. “Our politicians say France needs a strong rail industry. But when they want to buy trains, they want them at Chinese prices.”

Alstom was Belfort’s biggest employer until 2014 when it sold its turbine manufacturing business to U.S. company General Electric. Two years later, the then-Socialist government threw a lifeline 630-million-euro order for TGVs it did not yet need to stop Alstom shutting down the Belfort production line.

The town’s mayor, Damien Meslot, said the trainmaker now employed just 480 workers in Belfort, one of a dozen Alstom sites across France.

General Electric, which France fined last week for reneging on a commitment to create 1,000 jobs, has some 4,000 staff in Belfort.

High labor costs, a lack of automation and insufficient investment in innovation have eroded French industrial competitiveness since the late 1990s, according to economists.

France produces the same quality of products as Spain but at a labor cost that is 20 percent higher, said Patrick Artus, chief economist at French bank Natixis.

He said French workers were only fractionally cheaper than German employees in terms of unit cost, but produced an inferior product.

“I keep telling French politicians that we sell Renault cars with the wages of BMW workers,” Artus said.

France’s weak competitiveness underscores the conundrum Macron faces as he searches for a way to take the sting out of the “yellow vest” rebellion.

The anti-Macron protesters, many of whom are low-income blue-collar workers, have railed since November against Macron’s reforms to liberalize the economy and create a better trained, more highly skilled and flexible labor force.

There are signs the reforms are bearing fruit. The protesters, though, want more protection from foreign corporations, a higher minimum salary and more money in household coffers.

Macron has already bolstered pay for the lowest earners this year. More increases would only weaken French competitiveness, and productivity still needs to rise, economists say.

“I don’t see how Macron will get out of this crisis,” Artus said.

In Belfort’s town hall, framed photographs of Alstom’s factory adorn the office of the mayor, who is a member of the conservative opposition party Les Republicains.

“No one knows what will become of the Alstom Belfort plant. For the town’s mayor, that’s a worry,” Meslot said.