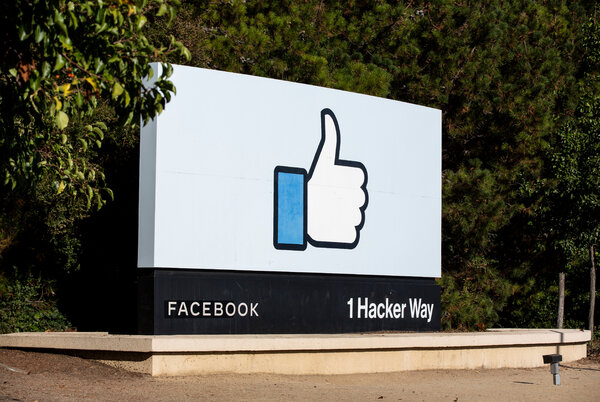 Facebook’s mission is to “bring the world closer together.” Increasingly, that’s not just about connecting friends and family to share messages, but also serving as a platform for people’s financial lives. Some $100 billion in payments have been enabled by Facebook over the past year, said David Marcus, who runs the company’s financial services unit. But that’s just the start of the social network’s ambitions in the finance industry, Marcus writes in a new memo about America’s “broken” payments system.

At the center of Facebook’s push into payments is Novi, a digital wallet intended for users to move money around the world quickly and cheaply (free, in many cases). The company had plans to pair it with a “stablecoin” cryptocurrency called Libra, but that was shelved amid regulatory scrutiny, and now the scaled-back project, known as Diem, is overseen by an outside nonprofit group seeking the necessary government approvals to launch.

In recounting some of Facebook’s setbacks in trying to break into the crypto payments industry, Marcus describes the tech giant, the subject of antitrust inquiries around the world, as an underdog.

Facebook faces unfair resistance in the financial industry, Marcus writes. “I’ve heard multiple conversations about how this proposal would be so great if only Facebook wasn’t involved,” he says. “I understand and accept the need for extra scrutiny due to our scale.” But he describes Facebook as a “challenger in the payments industry,” with no specific plan yet to monetize use of the Novi wallet, which won’t charge for person-to-person payments, even across borders.

Payments would be better with crypto. Marcus says that allowing users to pay with dollars, euros and other fiat currencies via the Novi wallet would bring a lot of value. “So why not just do that and call it a day?” he writes. “Well, we might,” he says, but before deciding on that, he doesn’t want to “waste our shot” at incorporating stablecoins into an “open, interoperable protocol” for online payments. “To have the maximum impact, building a closed system using fiat only wasn’t going to cut it,” he writes.

In practice, regulators are wary of stablecoins. A New York attorney general investigation of the popular stablecoin Tether found that the company minted tokens without reserves to back them. In recent weeks, the Treasury secretary, Janet Yellen, the S.E.C. chair, Gary Gensler, and Senator Elizabeth Warren have all expressed concerns about the crypto tokens.

What happens next? “We will continue to persevere and demonstrate we can be a trusted player in this industry,” Marcus writes. The Novi wallet has licenses or approvals in nearly every U.S. state and the Diem stablecoin project “has addressed every legitimate concern,” he adds. Facebook’s digital wallet is ready to come to market, Marcus says, and “we deserve a fair shot.” Judging by Facebook’s difficulties getting to this point, regulators remain to be convinced.

Early data hint at a rise in “breakthrough” coronavirus infections. Preliminary numbers in some states showed that vaccinated people accounted for at least one in five new diagnosed cases, and for a higher percentage of hospitalizations and deaths than previously reported (though the absolute numbers remain very low). Gov. Greg Abbott of Texas, who has challenged mask and vaccine mandates in court, tested positive for the coronavirus yesterday. He is fully vaccinated and has no symptoms, his office said.

Robinhood reports its first set of earnings as a public company. After the market closes today, analysts expect the company to report nearly $600 million in second-quarter revenue, but still to record a loss for the period. Shareholders are keen to hear about the trading app’s crypto plans, according to the most upvoted query ahead of the company’s earnings call.

Are American consumers losing steam? A 1.1 percent decline in retail sales last month was worse than economists expected, led by a fall in spending on homes and cars. But the effect of the rise in coronavirus infections, which has dented consumer confidence in recent surveys, wasn’t necessarily the cause, as sales at restaurants and bars increased.

More media deals are in the works. Politico is said to be seeking a $1 billion valuation in a potential deal to be acquired by the German publishing giant Axel Springer, in what would be one of most expensive digital media deals in recent memory. And Forbes is reportedly mulling a merger with a SPAC that values it at more than $650 million, another sign that deal-making in the industry continues to gather pace.

In 1995, the year Amazon sold its first book online, Walmart reported sales of nearly $94 billion. At the time, pundits doubted that buying stuff on the internet would catch on. Now, 26 years later, with an assist from a pandemic-driven boom in online shopping, Amazon has surpassed Walmart in total sales.

The gross value of all things sold on Amazon, by the company and its third-party sellers, surpassed $610 billion over the 12 months ending in June, according to Wall Street estimates compiled by FactSet. Walmart yesterday reported $566 billion in sales over a similar period.

It’s a huge milestone for online shopping, which still represents only 14 percent of all retail sales. Walmart still makes far more in revenue than Amazon because the e-commerce giant takes only a cut of third-party sales on its platform. Walmart also remains the largest private employer in the U.S. But Amazon accounts for up to 41 cents of every dollar spent online in the U.S., compared with Walmart’s 7 cents, and the category is growing quickly.

How did Amazon win? Shira Ovide at the On Tech newsletter argues that “Amazon rose to power because it nailed convenience, the force of habit and a system to move merchandise from place to place.” She adds that “Amazon isn’t always the best place to shop, but it is winning by mastering everything but the shopping.”

“There’s a tremendous amount of camaraderie by working together on projects over the weekends.”

— John Mack, the former C.E.O. of Morgan Stanley, on the trade-offs in work-life balance of junior bankers, who have been pushing for higher pay and fewer hours, often to the chagrin of managers who accepted grueling conditions as part of the deal when they first joined the industry. “Status quo isn’t always fine,” Mack told Bloomberg Businessweek, “but it’s proven it works.”

The Paycheck Protection Program produced a lot of fraud

From the start, the Paycheck Protection Program, the $800 billion small-business rescue plan that was a centerpiece of the government’s pandemic aid efforts, seemed vulnerable to fraud. Now, we are finding out the extent of it. As much as 15 percent of the program’s loans may have been fraudulent — that’s 1.8 million loans worth $76 billion — according to a new study by economists at the University of Texas.

By comparison, the Great Recession’s much-hated Troubled Asset Relief Program, the official name for the bank bailout fund, was about the same size, with $11 billion in fraud.

So, is the government getting better or worse at bailouts?

Worse, says Aaron Klein, a senior fellow at the Brookings Institution. Focusing on small businesses made P.P.P. more popular than TARP, even though TARP funds were almost entirely repaid by the banks they saved, while many P.P.P. loans convert into grants that don’t have to be paid back. “P.P.P. would poll higher even though TARP was way more effective at achieving economic recovery at a low cost to taxpayers,” Klein said.

But despite the waste, P.P.P. had positive effects. Foreclosure and loan default rates didn’t rise nearly as high as they did during the financial crisis, despite worse job loss. And the unemployment rate returned to a low level much faster than after the Great Recession.

“Was the fraud worth it?” asked Vadim Elenev, an economist at Johns Hopkins University. Elenev’s research shows a big, imperfect bailout like the P.P.P. is just as successful at bolstering the economy as a smaller, more targeted one. “It’s better not to waste $75 billion than to waste it,” Elenev said. “But from an economic perspective, I don’t think it matters a great deal. Speed was more important than precision last year.” That’s something policymakers will probably keep in mind for next time.

Tilray, the Canadian cannabis company, is buying a majority stake in the U.S. cannabis retailer Medmen for about $165 million. (CNBC)

KKR is selling a portfolio of warehouses for $2.2 billion, as the pandemic-driven boom in online shopping makes distribution centers a hot commodity. (Bloomberg)

Short-sellers and activist investors are preparing to pounce on SPAC mergers. (Bloomberg Businessweek)

House Democratic leaders will push ahead with a vote next week to advance a $3.5 trillion budget blueprint, disregarding moderates who said they would oppose it without first voting on the $1 trillion infrastructure bill. (NYT)

A curb on “excessive incomes” could be in China’s future, President Xi Jinping hinted at an economic meeting. (CNBC)

Apple’s plan to root out child sexual abuse has opened up a Pandora’s box of privacy and cybersecurity issues. (NYT)

Palantir bought $51 million worth of gold to hold on its balance sheet, and said it would accept the metal as payment for its data services. (Bloomberg)

Ford has started to shift to a build-to-order model, hoping more people order customized cars online and take delivery at a dealership, reducing the inventory held at the lot. (WSJ)

“When Kmart Moved Out, Churches and Flea Markets Moved In” (NYT)

If employees at the restructuring firm Alvarez & Marsal aren’t vaccinated by the end of October, they will be placed on unpaid leave. (Insider)

What’s next for New York? Join the Democratic mayoral nominee Eric Adams, the playwright Jeremy O. Harris, the chef Marcus Samuelsson and Times reporters as they consider the city’s path forward at an exclusive virtual event for Times subscribers on Thursday, Aug. 19, at 1 p.m. Eastern. R.S.V.P. here to attend.