LONDON (Reuters) – European shares started trading in negative territory on Monday as fears a trade war could have a bigger impact than expected on China added to concerns that rising U.S. interest rates are gradually making stock markets less attractive for investors. 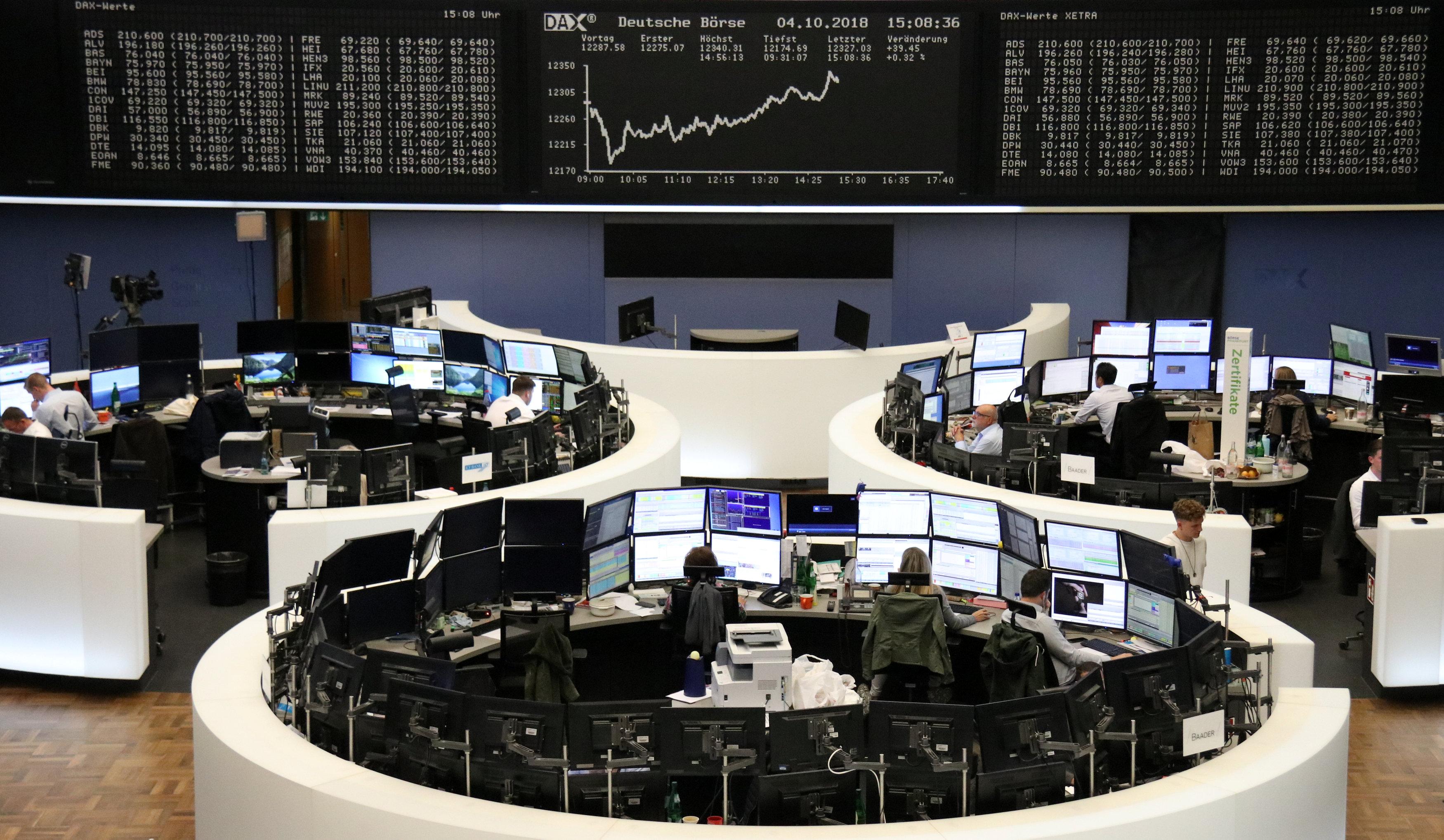 Shares in Asia slumped overnight despite Beijing’s central bank increasing liquidity to offset the effects of the tariff row with the United States.

In Italy the FTSE MIB was down 1.4 percent to its lowest since 21 April 2017. A row between the populist government and the European Commission about Italy’s deficit is weighing on bonds and putting pressure on bank shares.

“We are a bit surprised by the strength of the reaction in bond markets, but it appears the market is jumping to the conclusion that the European Commission will take a hardline stance when Italy submits its budget,” said Mizuho rates strategist Antoine Bouvet.

Among top performers meanwhile was Norsk Hydro (NHY.OL), up 4.7 percent after the aluminum firm received a permit helping it toward restarting its Alunorte alumina refinery at half capacity.

Hearing aid maker William Demant (WDH.CO), however, was bottom of the index, down 6.9 percent, with traders pointing to a possible competitive threat from Bose after the FDA approved its over-the-counter hearing aid. engt.co/2y8s9gf