New York (CNN Business)Energy Secretary Jennifer Granholm said President Joe Biden is laser-focused on knocking down sky-high gasoline prices, though she concedes that even the most powerful person on the planet has limited influence to do that.

“He’s obsessed with the fact that gas prices are so high and people are hurting,” Granholm told CNN on Tuesday following a rare tour of the Strategic Petroleum Reserve, the nation’s emergency oil stockpile.
Granholm argued that by unleashing record amounts of emergency oil to ease strains caused by the war in Ukraine, Biden has already used the “biggest tool” at his disposal to address energy crises.

“The president doesn’t control the price,” the former governor of Michigan said during the interview at a General Electric wind turbine facility in New Orleans. 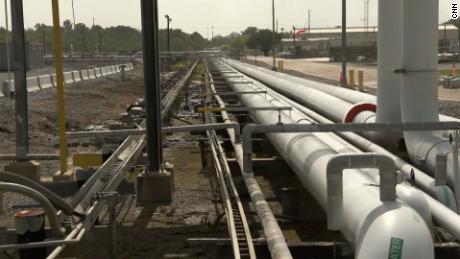 Granholm was speaking hours after touring Bayou Choctaw, one of the SPR’s four major oil storage sites. Located nearly 100 miles west of New Orleans, the heavily-fortified Louisiana facility is the busiest it’s been since its 1987 opening as officials race to get emergency barrels to market.

Flanked by state and local officials, Granholm received a briefing on Tuesday from SPR staffers about how the system responds to supply crunches like the current one.
Encircled by barbed wire fences and protected by electronic alarm systems and security dogs, the facility features a maze of pipes and sophisticated high-pressure pumps used to either inject, or more recently, extract oil stored deep underground.

The oil is kept in caverns located 2,000-feet below the surface inside salt domes. The caverns are massive — deep enough to stack the Washington Monument four times — and each holds about 10 million barrels of crude oil.

‘Everything is still on the table’

The steady march higher in pump prices — the national average hit a record high of $4.60 a gallon on Wednesday, up 51% from a year ago — is forcing US officials to contemplate even more intervention.
Asked if the Biden administration is seriously considering additional action, such as banning US oil exports, Granholm said: “Everything is still on the table.” 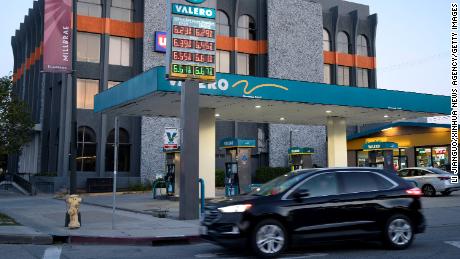 However, some industry experts have warned a ban on shipments of US crude abroad would only inflate world oil prices, which are what pump prices are based on.
Granholm added that Biden’s advisers are “pressure-testing” a series of moves to make sure there are no unintended consequences.

Gas prices initially retreated after Biden announced a record-setting release of 180 million barrels of oil from the SPR in late March following the disruptions caused by Russia’s invasion of Ukraine. The relief proved to be temporary, however, and today the national average price per gallon is 37 cents higher than it was on the day Biden announced the unprecedented step.
Granholm defended the SPR strategy, saying it is an effort to get supply to meet demand and that other global events are also influencing prices, including the war in Ukraine and China’s Covid lockdowns.
The Biden administration is now releasing so much emergency oil, on top of Congressionally-mandated sales to raise revenue, that some in the energy industry doubted the SPR could even pump out that much crude all at once. 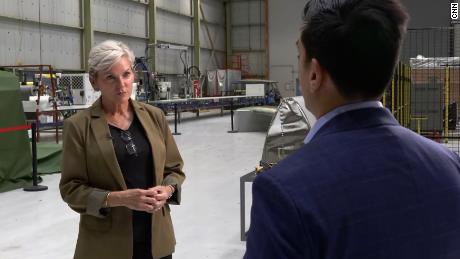 Yet SPR officials said the system has been able to handle the drawdowns with minimal issues, although the reserve now holds the lowest amount of oil since 1987.
“It’s kind of mind-blowing we are able to do it,” Paul Oosterling, project manager at the SPR Office of Project Management, told reporters.
Technically, the SPR could supply even more oil: the system has a maximum drawdown capacity of 4.2 million barrels per day.

Biden ran on the most aggressive climate agenda of anyone ever elected president. Yet he is now draining oil from the SPR at a record pace, urging US oil and gas companies to pump more oil and trying to persuade OPEC to add supply.
Asked if this is an awkward juxtaposition, Granholm replied, “he’s responding to the current situation.”
“You can walk and chew gum. You can do both,” Granholm said. “The fact that we are paying these outrageous prices is almost an exclamation point on the fact that we need to move to clean energy so we are not in this position in the future.”
The gas price spike is squeezing families, forcing them to make difficult decisions about their finances. 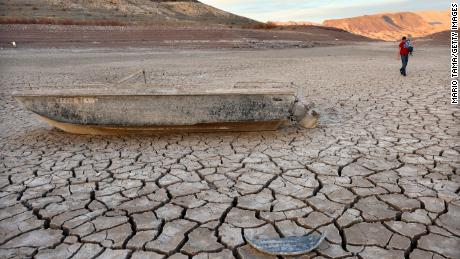 “The people who are hurt the most are the people who have the least,” Democratic Congressman Troy Carter, Sr. told CNN on Tuesday after touring the SPR.
Carter, whose district includes New Orleans, said it’s easy to Monday-morning quarterback the administration, but he is pleased with what they’ve done so far to combat high gas prices.
“As it stands today, I think the White House is doing as much as they can given the circumstances,” he said. “We continue to push to have them do more.”

Granholm: Big Oil is putting profit ahead of citizens

After taking office, Biden wasted no time in focusing on the climate crisis. On his first day in office, he signed executive orders revoking the permit for the Keystone XL pipeline, imposing a moratorium on oil and gas leasing in the Arctic and putting the United States on track to re-enter the Paris Climate Agreement.
Now, Biden officials are openly pleading with Big Oil to pump more, not less. “We want them to get their rig counts up. We want them to increase production so that people are not hurting,” Granholm said.

After losing gobs of money in 2020 when oil prices crashed, the industry is now minting cash and returning billions to investors in the form of share buybacks and dividends. Even so, US oil production remains significantly below pre-Covid levels.
“They are prioritizing profit for their shareholders over helping their citizens,” Granholm said, adding that some companies are starting to ramp up production and US output is on track to hit record highs next year. “It is extremely frustrating to see that there’s not a full-on return to production at the moment of crisis.”
Source: Read Full Article