Georgia Tech won its first ACC tournament title since 1993 by knocking off No. 13 Florida State 80-75 Saturday night in the final.

At the heart of the action, like he is for almost every Georgia Tech game, was senior guard Jose Alvarado. The Yellow Jackets' 6-foot sparkplug was all over the place against the Seminoles, recording 13 points and a team-high five steals for an active Georgia Tech defense that had 15 steals and forced 25 turnovers.

Following the Yellow Jackets' breakthrough win — they're heading to the NCAA Tournament for the first time in 11 years — in their fifth season under coach Josh Pastner, Alvarado let his emotions show.

"This is why I worked my butt off. A lot of people doubted me, I wasn't supposed to be in the ACC, (Pastner) took a chance on me. And my teammates man, how good are they man," Alvarado said during his postgame interview on ESPN.

"This is like a dream come true and I'm proud of my guys. I love this win. This is going to last me a lifetime."

Alvarado is a two-time All-ACC performer and was named the league's Defensive Player of the Year this season. In his fourth season, all spent primarily as a starter, he's averaged 13.5 points per game and 2.1 steals. 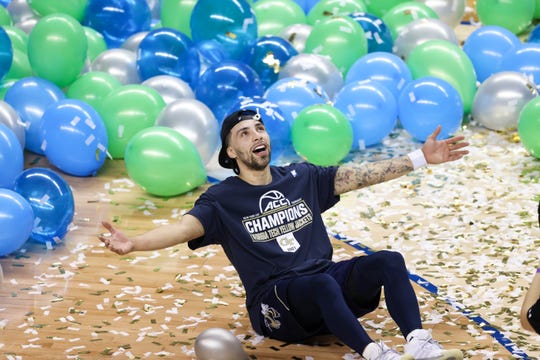