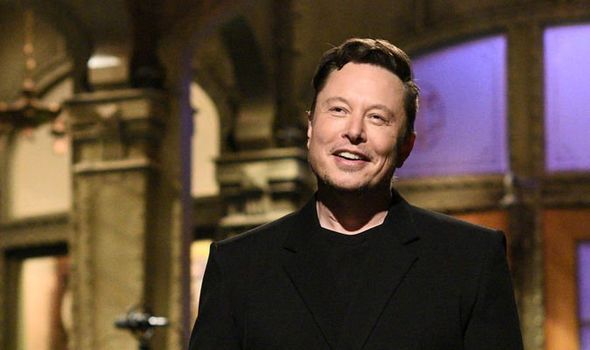 New Bitcoins are entered into circulation through mining, which is the process of creating new cryptocurrency by solving a computational puzzle. Previously, Cambridge’s Centre for Alternative Finances estimated a single transaction of Bitcoin has the same carbon footprint as 680,000 Visa transactions or 51,210 hours of watching YouTube.

Now the Tesla CEO, who has thrown his support behind cryptocurrencies in recent months, has shared the company will not accept Bitcoin as payment for its products over fears about its carbon footprint.

Mr Musk posted a statement to his twitter sharing the suspension of Bitcoin purchases for Tesla products.

“We are concerned about rapidly increasing use of fossil fuels for Bitcoin mining and transactions, especially coal, which has the worst emissions of any fuel.

“Cryptocurrency is a good idea on many levels and we believe it has a promising future, but this cannot come at great cost to the environment.”

In the statement, Mr Musk added Tesla would not be “selling any Bitcoin and we intend to use it for transactions as soon as mining transitions to more sustainable energy”.

He also shared the company is “looking at other cryptocurrencies that us <1 percent of Bitcoin’s energy/transaction”.

It is unconfirmed whether Tesla’s statement caused the volatile digital currency to fall in value.